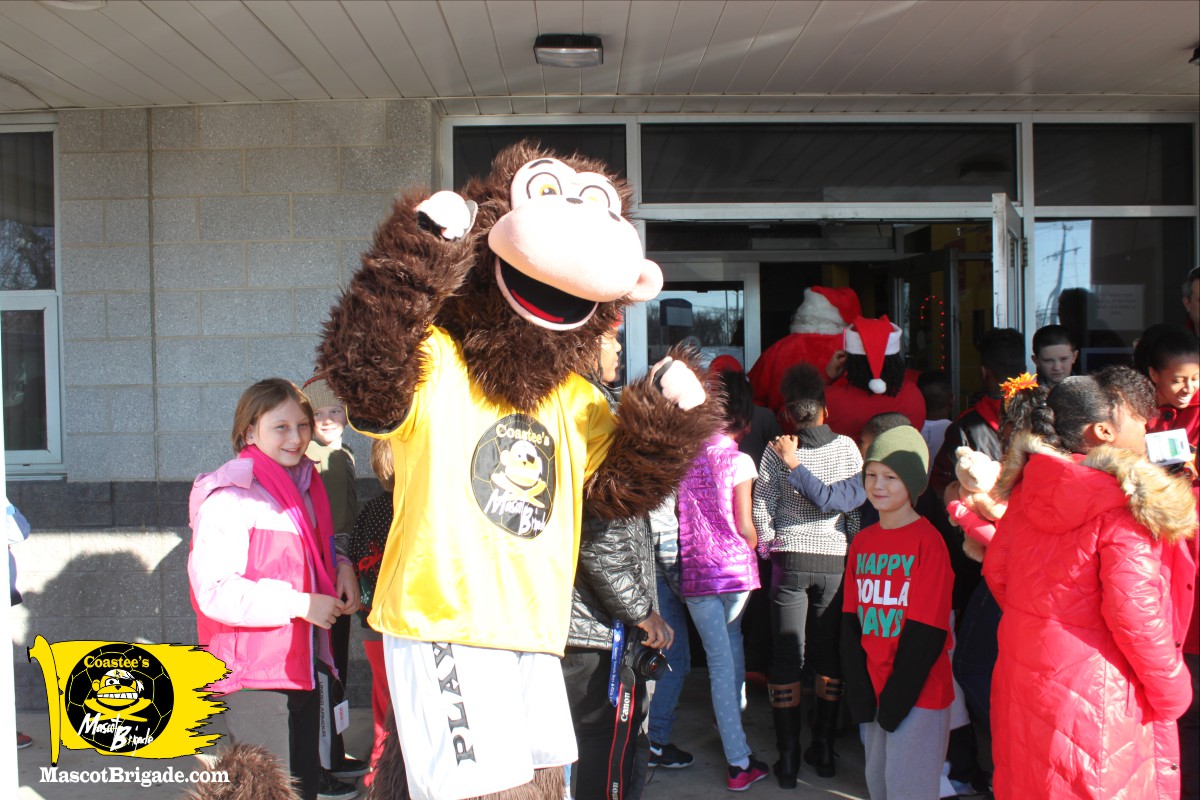 Mascot Coastee arrived early in anticipation for Santa Claus’ arrival at the Greater Newark Boys and Girls Club of Delaware. He worked his magic by spreading smiles among the hundreds of children waiting impatiently for the man from the North Pole to hear their wishes for this 2016 holiday season. See more pictures at Coastee's Mascot Brigade website: MascotBrigade.com 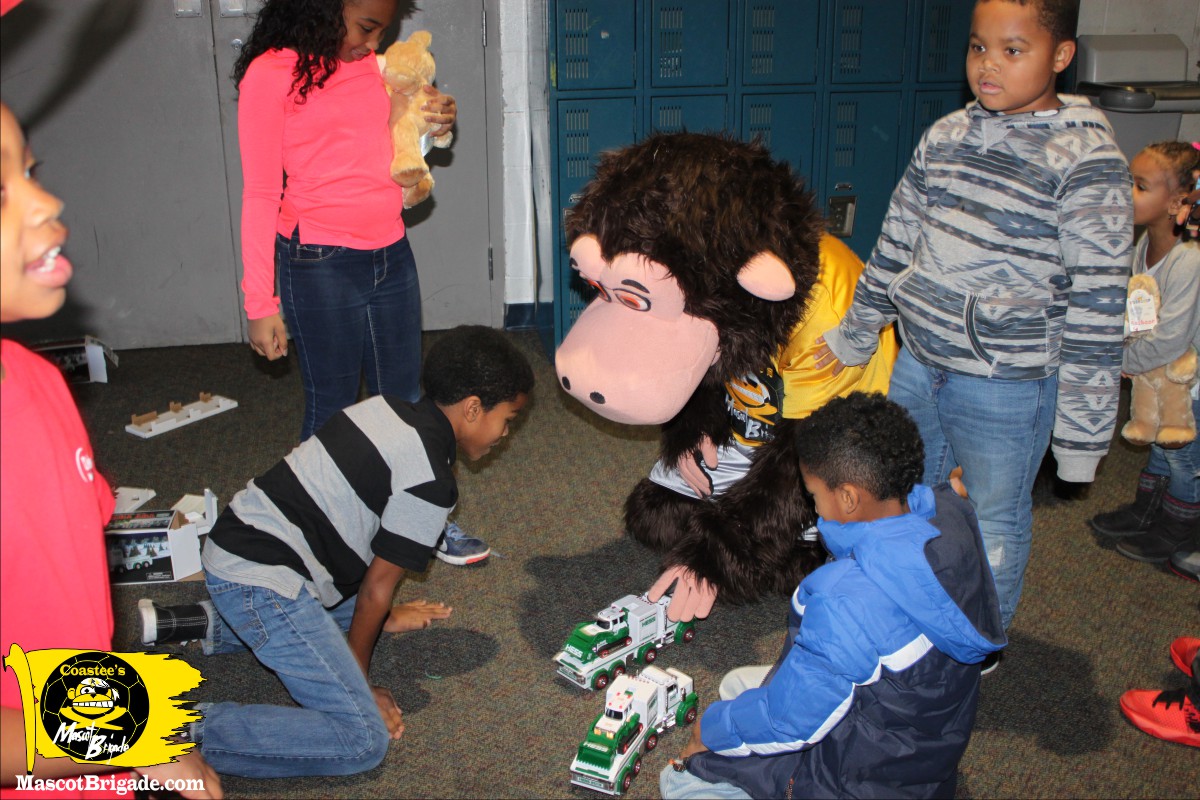 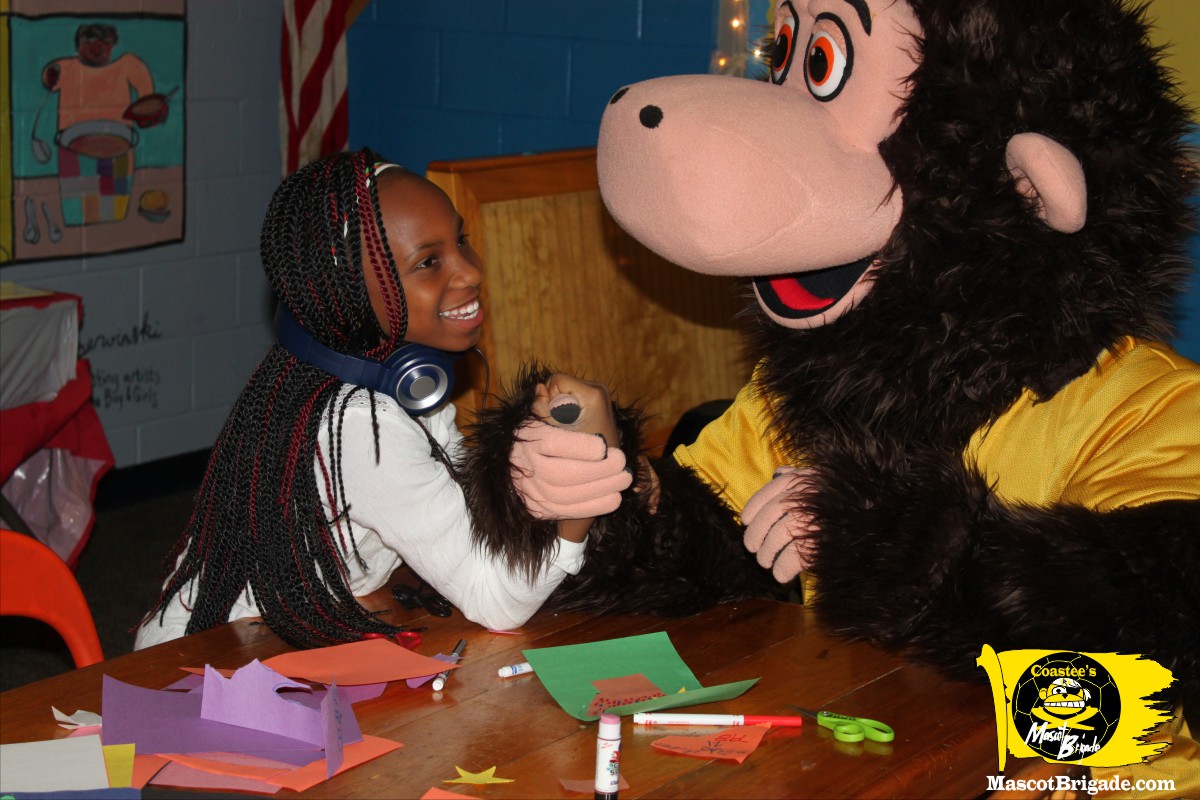 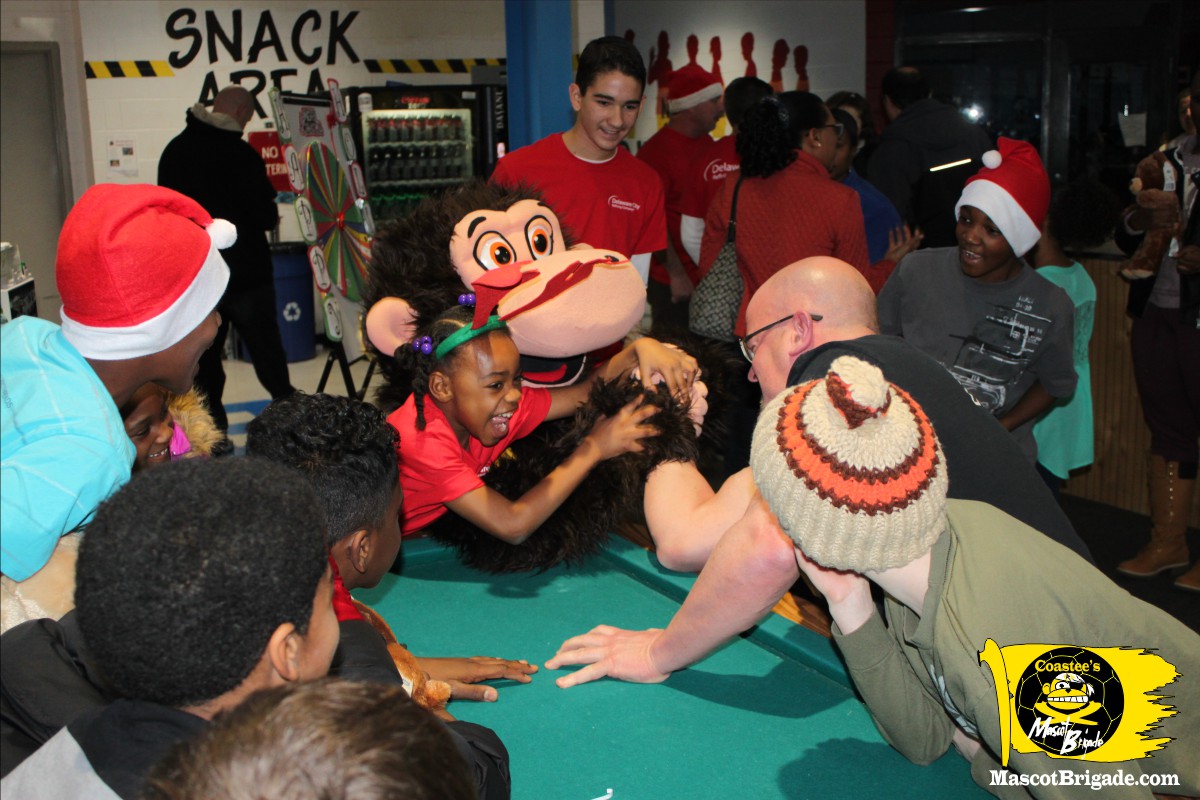 Arm Wrestling, spin the wheel for a prize, raffles, arts and crafts, athletic demonstrations, and of course a hearty breakfast to fuel everyone for a grand morning of play were all well attended thanks to the volunteers of the Delaware City Refinery, The Boys and Girls Club, and Right Coast Pro Wrestling. After everyone had their fill at the breakfast table and smiles were equally distributed, the magic moment came with sirens blaring and lights flashing. 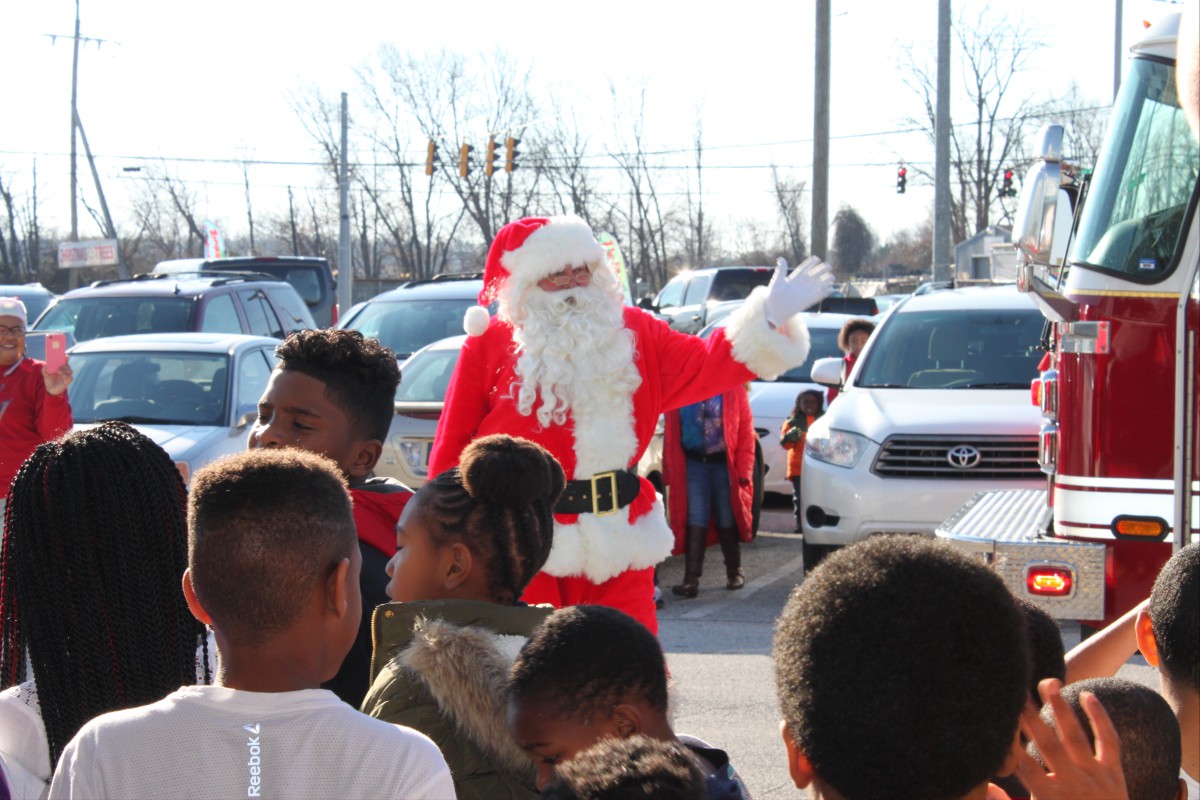 The big man himself, Santa arrived via fire truck to an enthusiastic crowd. Thank you to all who made this such a tremendous event, especially the Boys and Girls Club of Delaware who invited both Right Coast Pro and the Mascot Brigade to share in the joys of this holiday season. Merry Christmas and Happy Holidays to all.

As Mascot Coastee would tell all his Mascot Brigade Brigadiers and Pirates of Play, “Give more than you Take.” 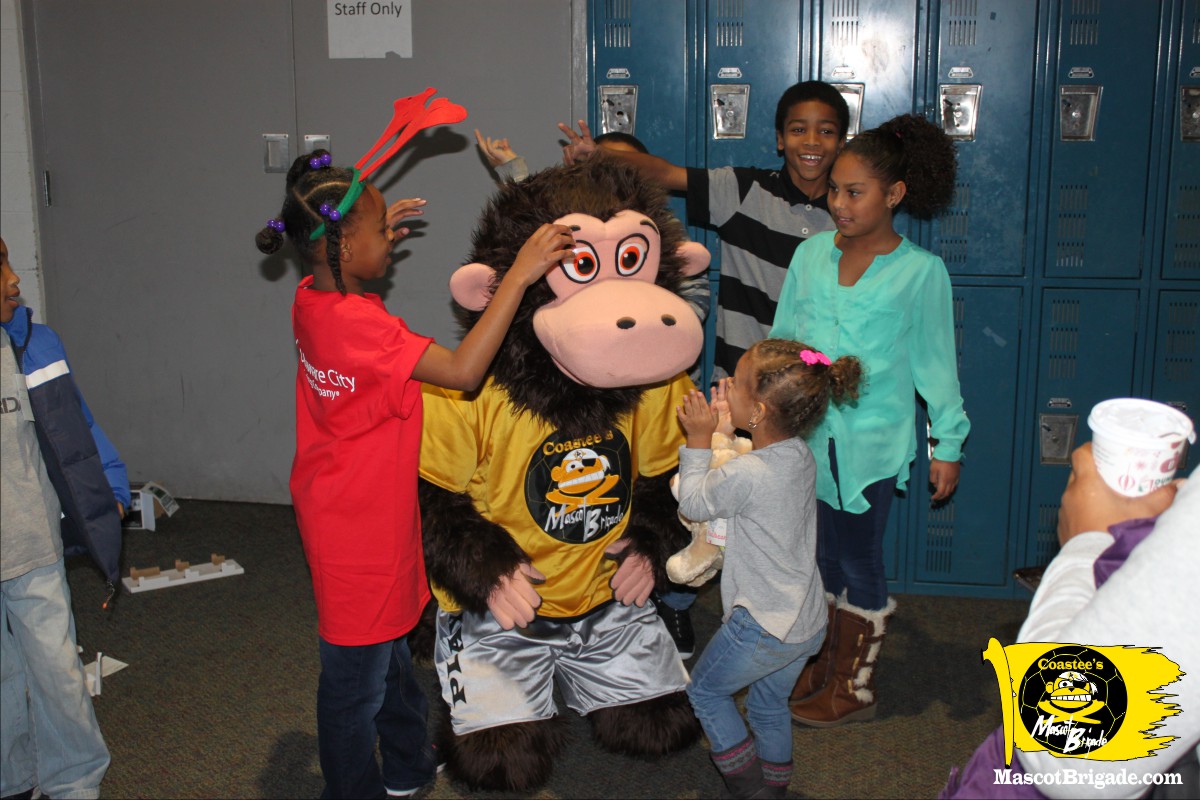 Right Coast Pro returns to the Greater Newark Boys and Girls Club of Delaware on January 14, 2017 (permit pending of course)