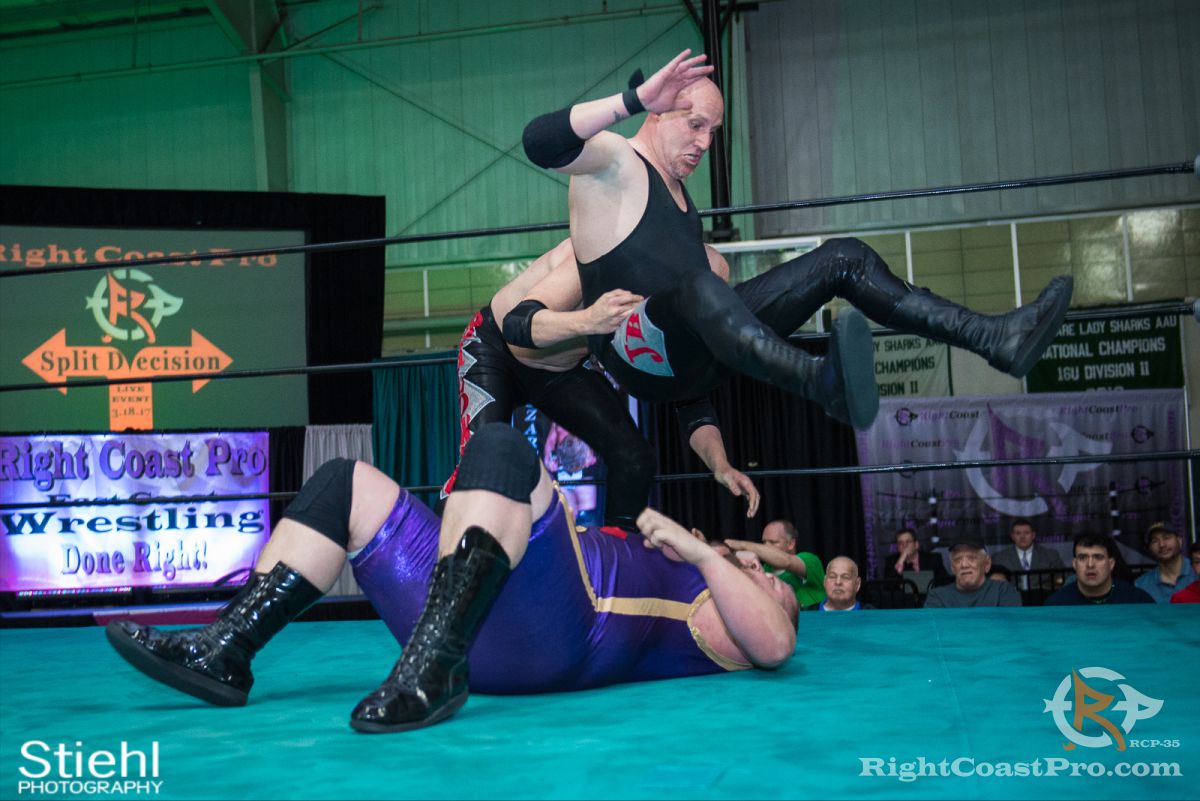 Former Delaware Pro Wrestling Tag Team Champions, Right Coast Pro’s Harry & Jerry Baldwin along with their manager Brutus proved why they will be forever etched into the First State’s pro wrestling fans as Tag Team Elite with their victory over the Mascot Island Misfits. The former RCP Tag Champs worked cohesively, displaying classic tag team brilliance and team work. The addition of The Mexican Hardcore Champion Pedro Duro in this six man contest only added to the efficiency of this unit. 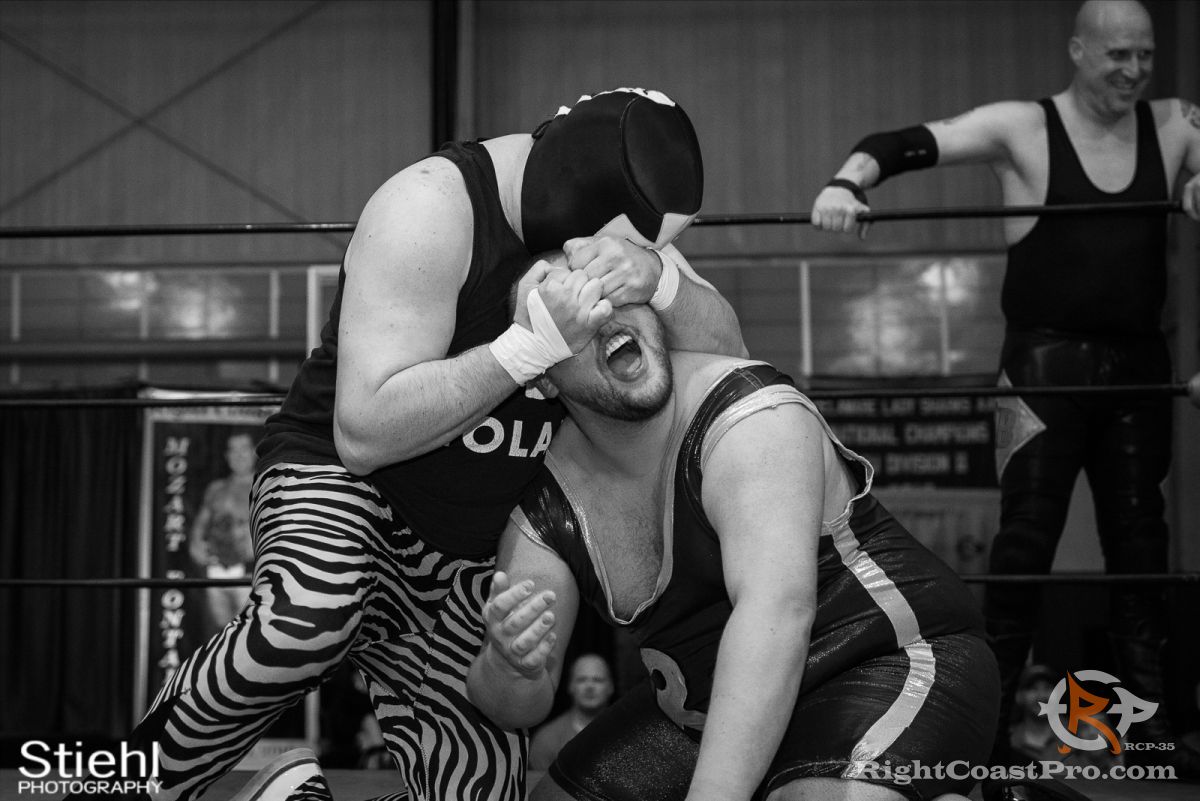 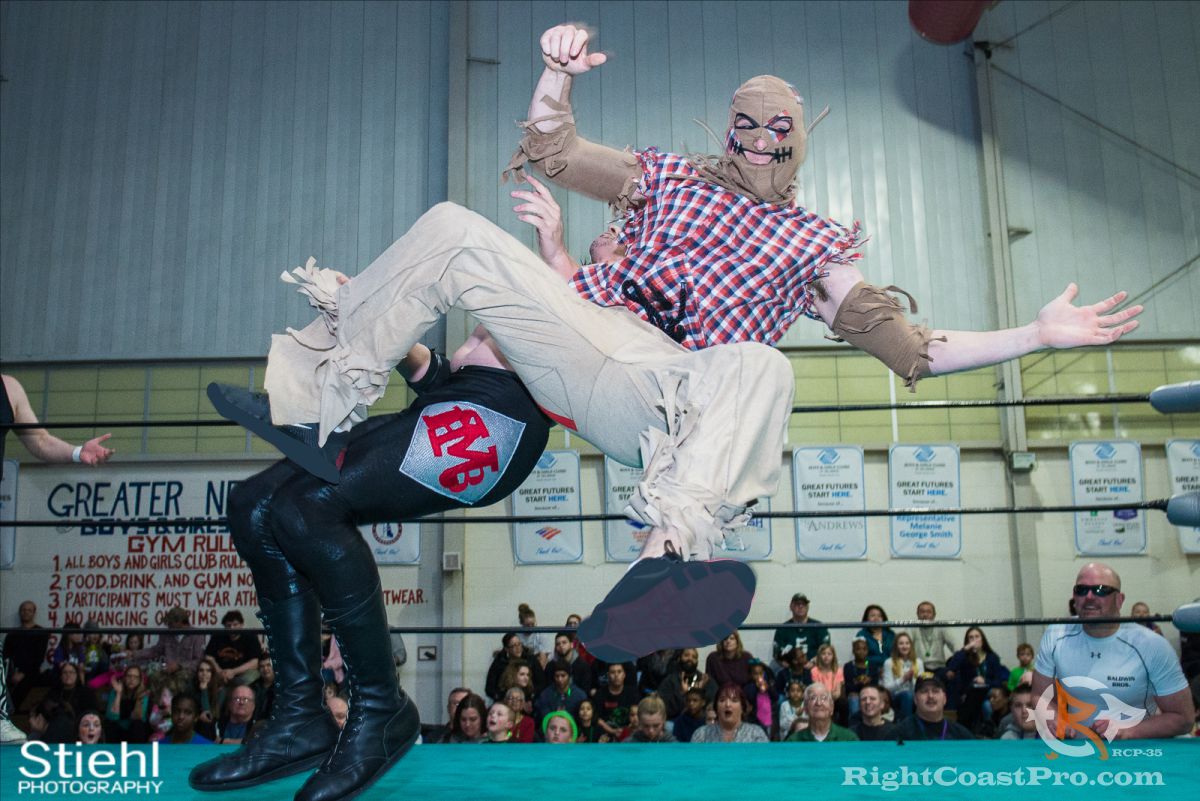 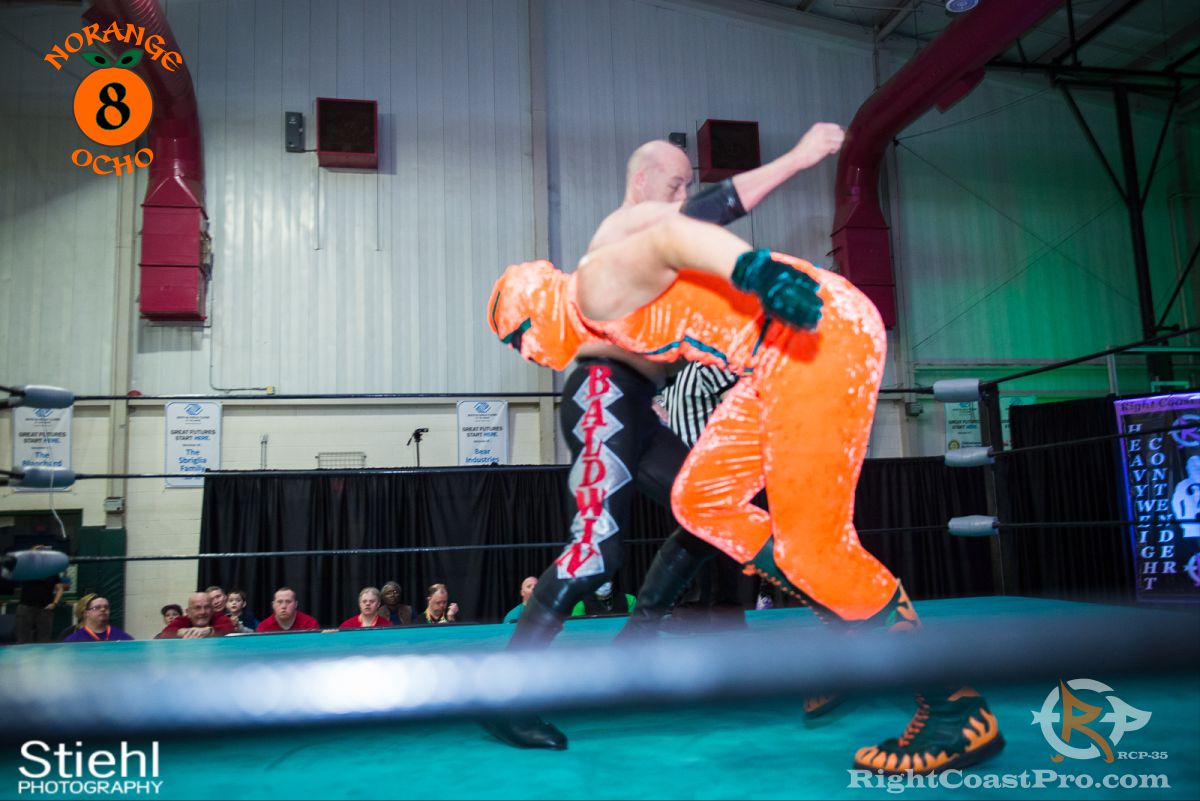 While the Brothers Baldwin struggled at first to keep up with the unorthodox styles of The Parisian-Spaniard Lucha Libre Sensation Norangé Ocho and his counterpart ScareCrow, The Baldwin’s quickly went back to doing what they do best and what made them champions, cutting the ring in half. 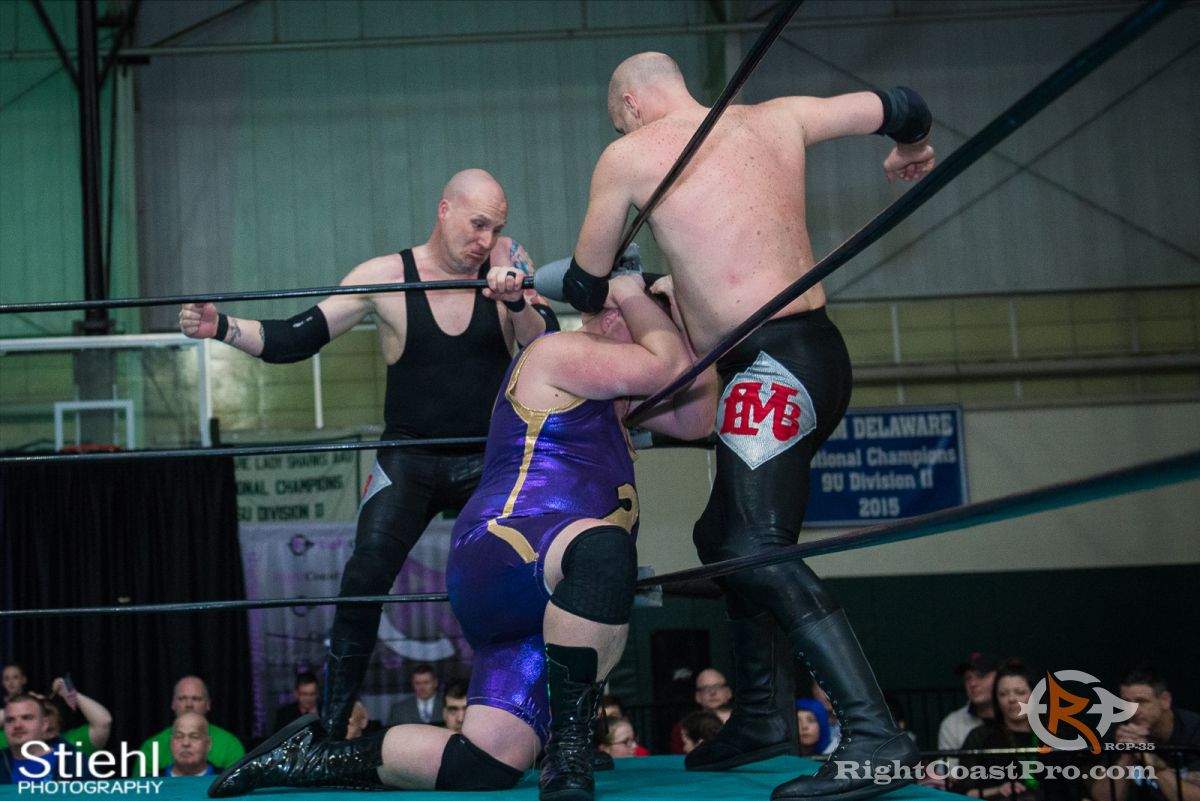 Once this team of champions managed to corner Ruby Rubino in their ring corner, they kept this top competitor and RCP Heavyweight Championship Contender there. Quick tags, referee distractions, and of course some questionable offensive tactics like eye gouging and biting quickly wore Ruby down. 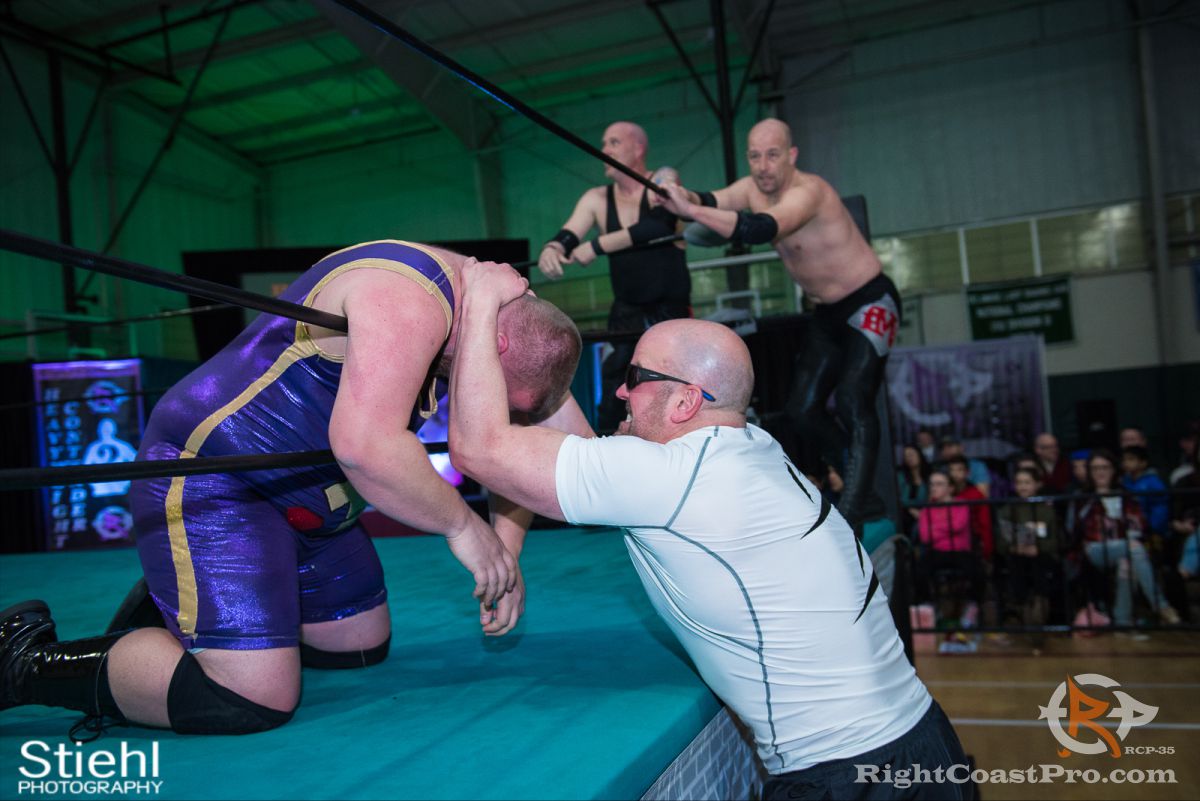 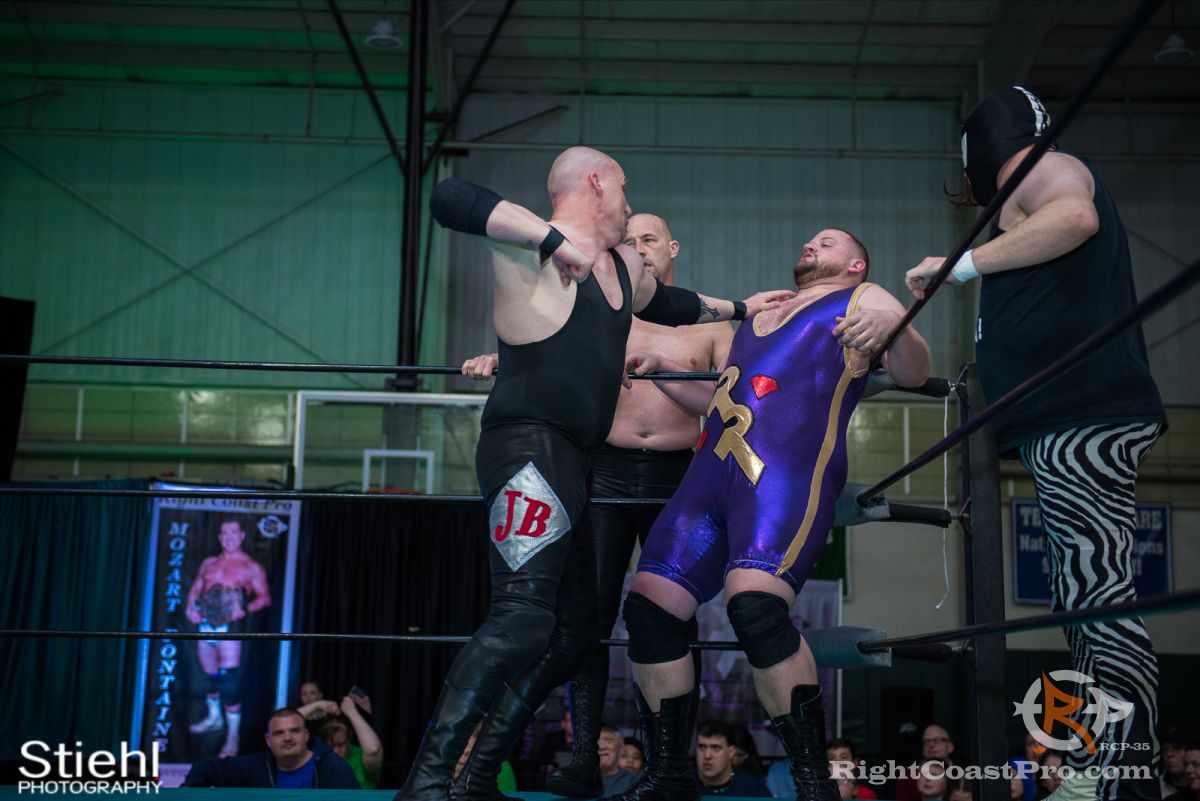 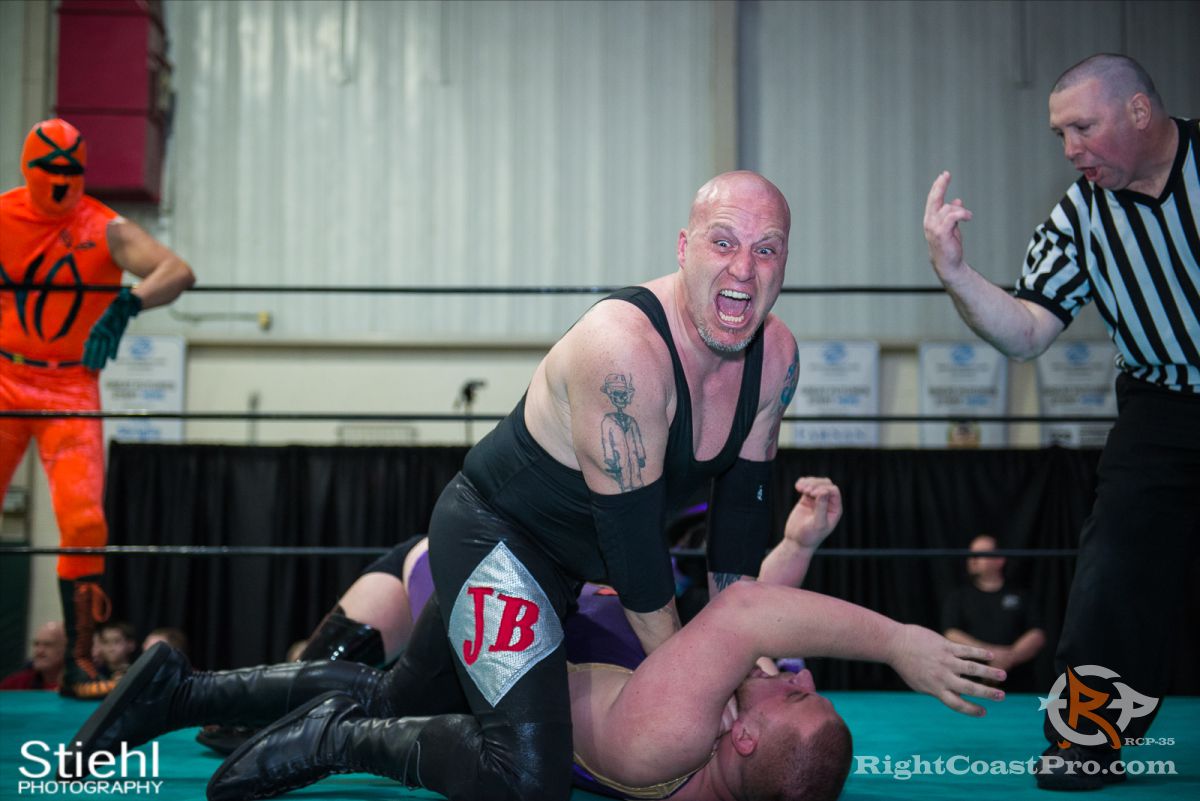 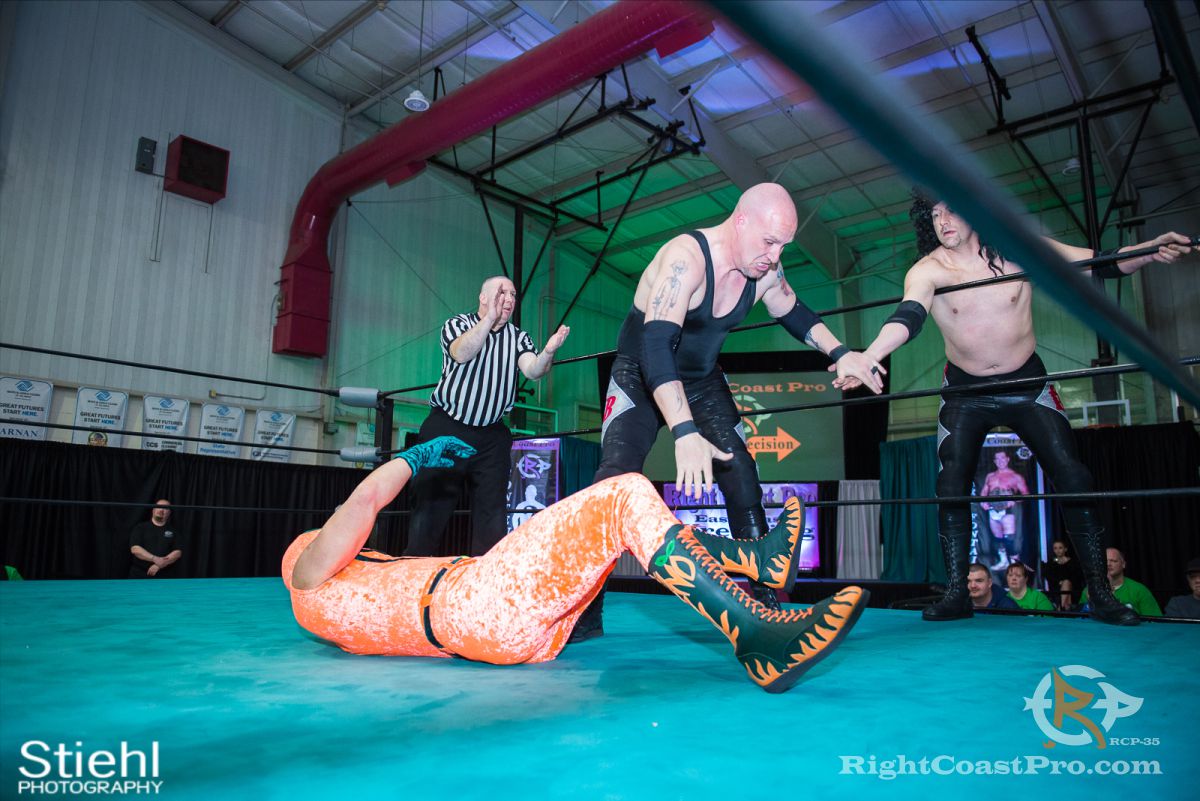 Unable to tag in the Mascot Island Misfits could only watch. Finally, with a brutal double down, Ruby Rubino was able to make a tag to Norangé Ocho who seemed to be leading his team well on its way to victory at the Greater Newark Boys and Girls Club when an illegal shot by Jerry Baldwin sent him into Harry Baldwin’s grip. 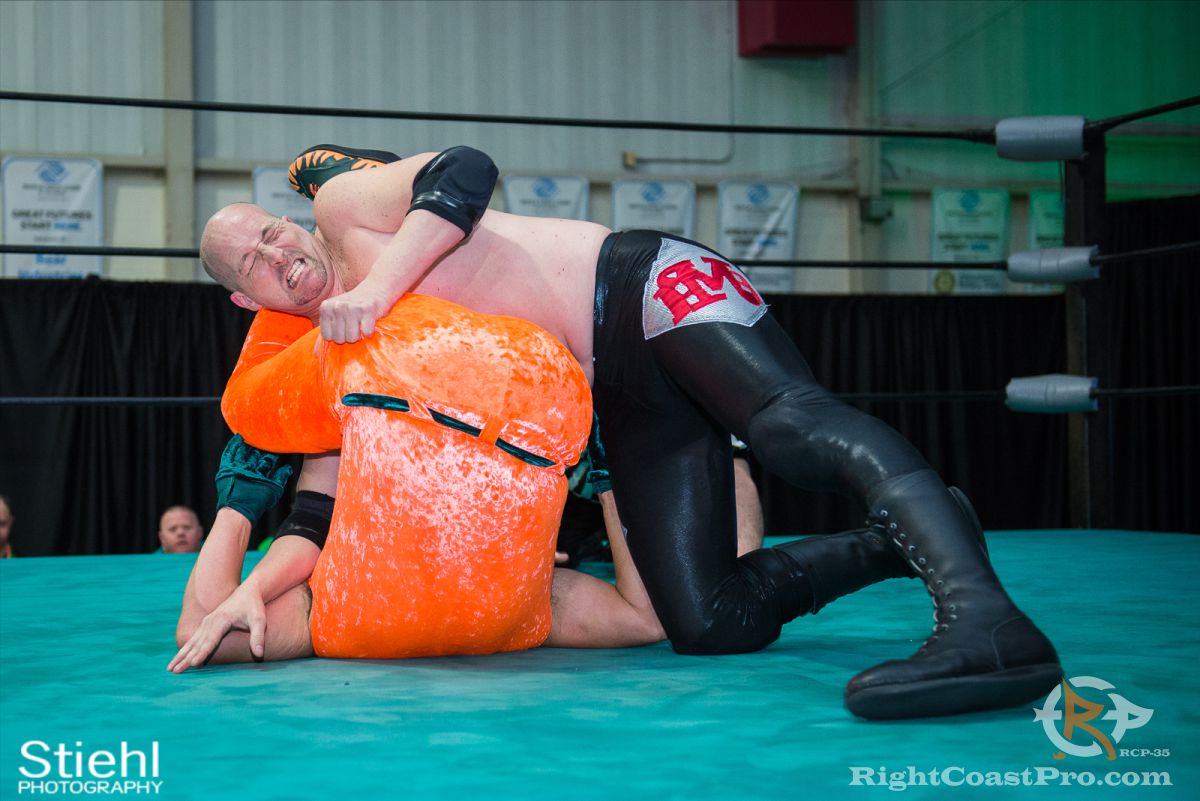 With a handful of tights, Harry Baldwin sealed the deal and also elevated himself to Number One Contender status with his strong Delaware Combative Sports Performance. Winner by Pin Fall: The Baldwin Brothers with The Mexican Hardcore Champion Pedro Duro. 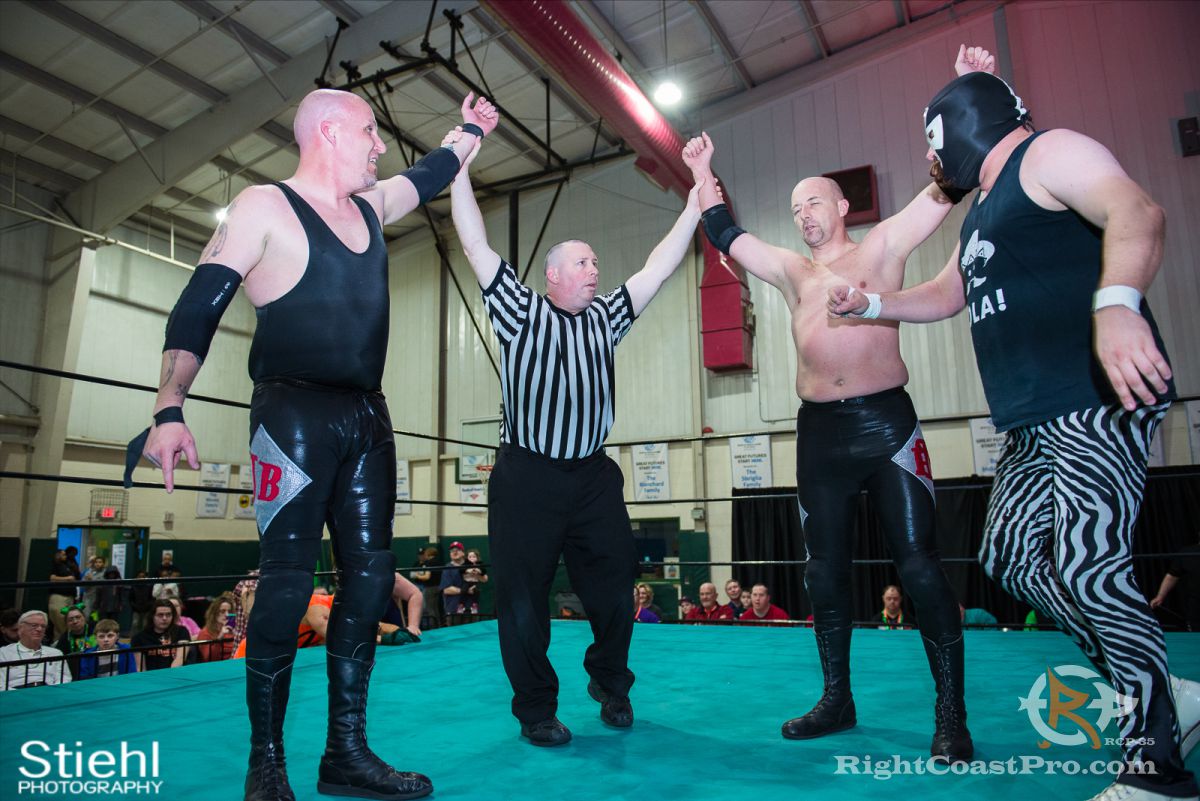 The Tag Team Titles look to be unified at our next event “Mums the Word”, permit 338, May 13th at the Greater Newark Boys and Girls Club of Delaware.