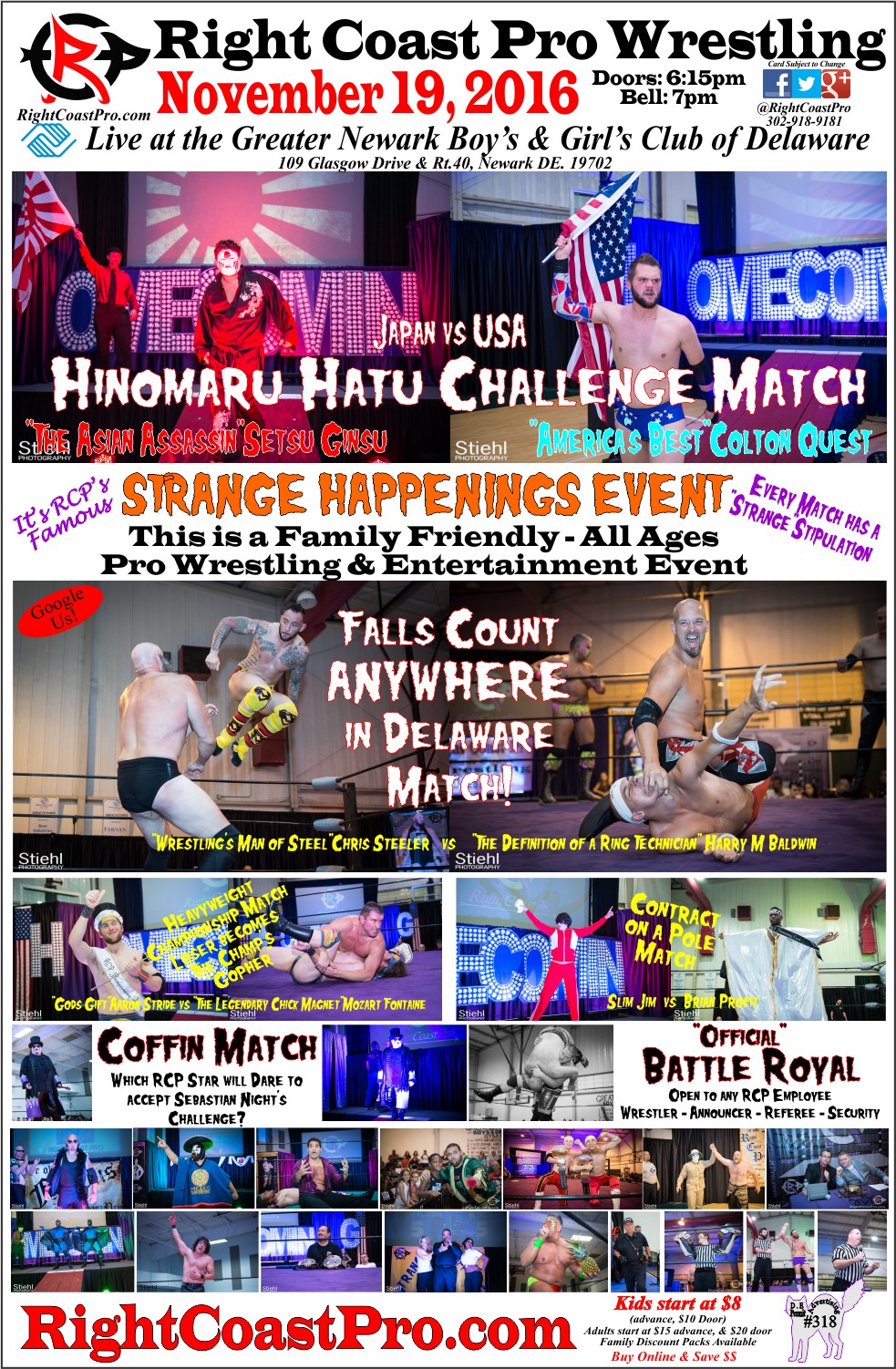 November 19th Newark Delaware, it is the event you have been waiting all year for, Right Coast Pro’s Strange Happenings. A pro wrestling sporting and entertainment event where every match has a “strange” stipulation to it. What do we mean? Take a peak at our already announced matches for 11-19-16 at the RCP Arena aka The Greater Newark Boys and Girls Club of Delaware and you will begin to understand.

The Dating Game Latin Lover Style: The Latin Lover Chachi demonstrates his secrets of winning heart over & proper courting (What could go wrong???)

Pumpkin Pie in the Face Match: Jerry Baldwin vs .....an opponent of his choice

2017 Contract on a Pole Match: Two Star RCP Developmental Students Battle it out for one remaining roster sport on the Right Coast Pro 2017 Season

Loser becomes a “Gopher” Match: The Heavyweight Championship is on the line along with an added stipulation that the loser becomes the winners “gopher” The Legendary Chick Magnet Mozart Fontaine vs Gods Gift Aaron Stride w/ BFF Josh Maddoxx

Strange Rumblings: A Battle Royal Rumble where anyone associated with RCP can enter, security, EMT’s, ticket takers, announcers, you name it. Join us for this annual event that will leaving you talking about it till next year’s Strange Happenings.

The RCP Arena aka The Greater Newark Boys and Girls Club of Delaware located at 109 Glasgow Drive and RT.40 in Newark, Delaware 19702. 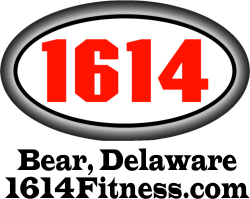 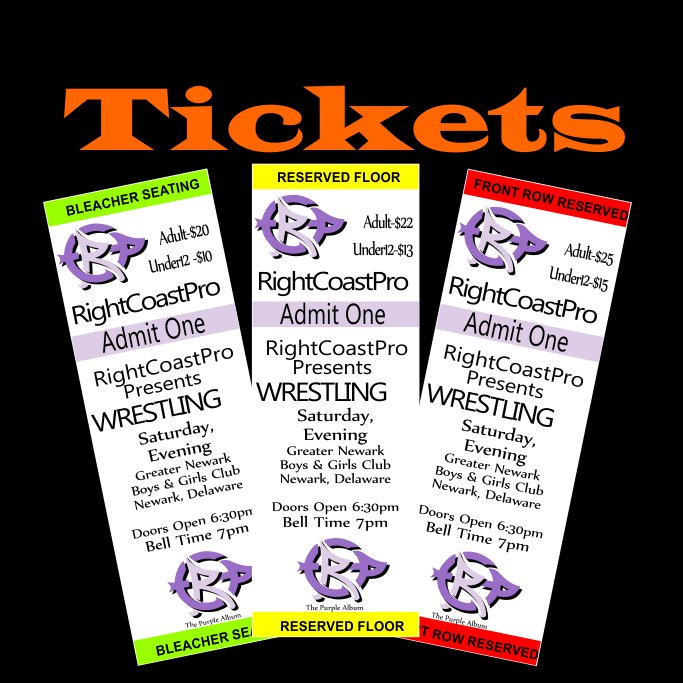