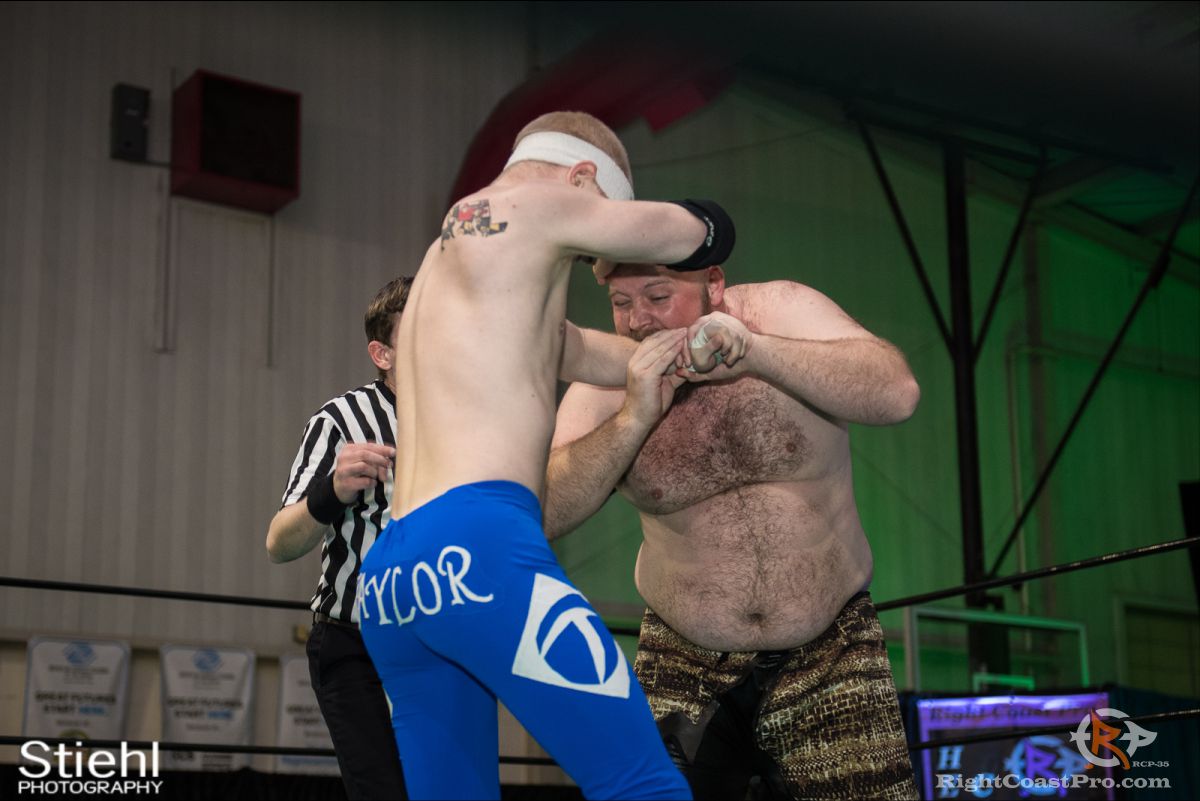 It was one crazy combative sport match both in and out of the confines of Right Coast Pro’s 20 x 20 professional wrestling ring Saturday Night at the Greater Newark Boys and Girls Club of Delaware aka The RCP Arena. With one half of the RCP Tag Team Championship at stake, Champion Jr Heavyweight Tim Taylor was pitted against Sir Spaulding’s Savage, Wildlife William Fitz. 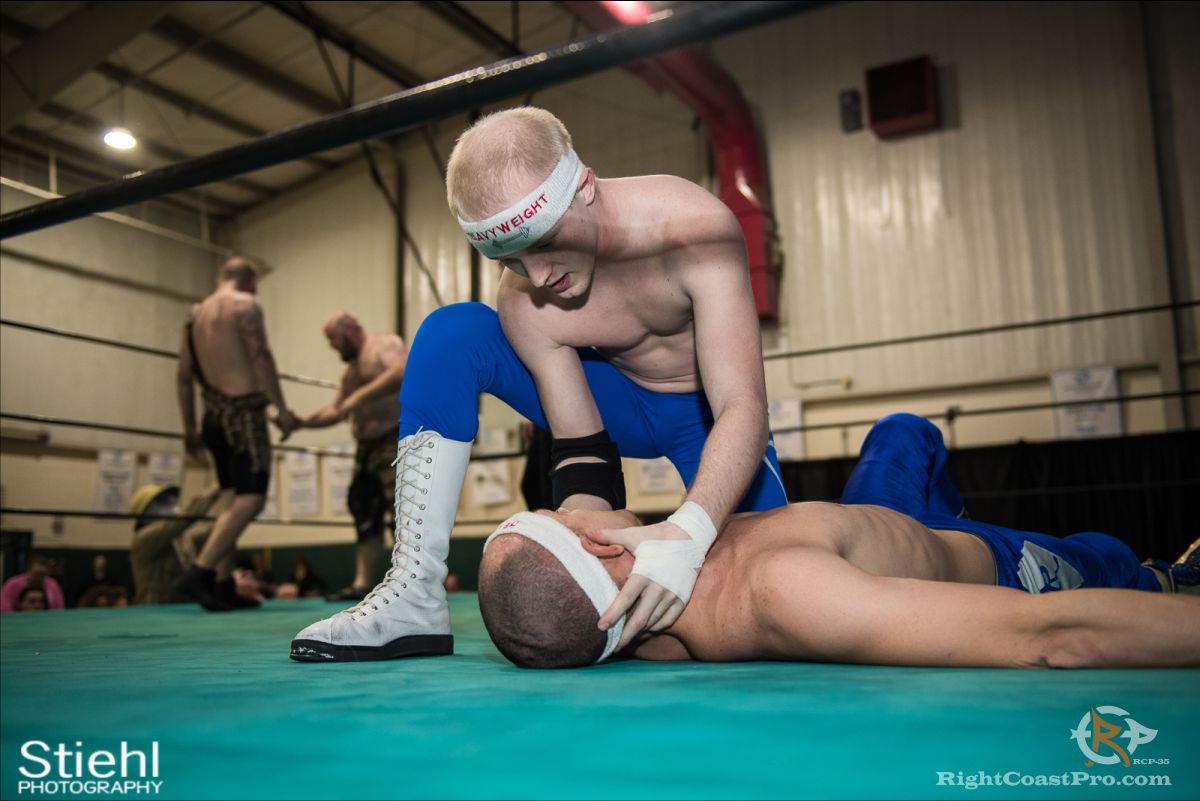 Though the Jr. Heavyweight started the match without his ringside equalizer, Heavyweight Sean Royal, due to a knockout blow with a coconut by Savage Wildlife Cecil Whirlwind, Tim Taylor performed admirably while inside the squared circle.

However, outside the ring, the Champion fared differently as boy Sir Spaulding and WCW interfered frequently. 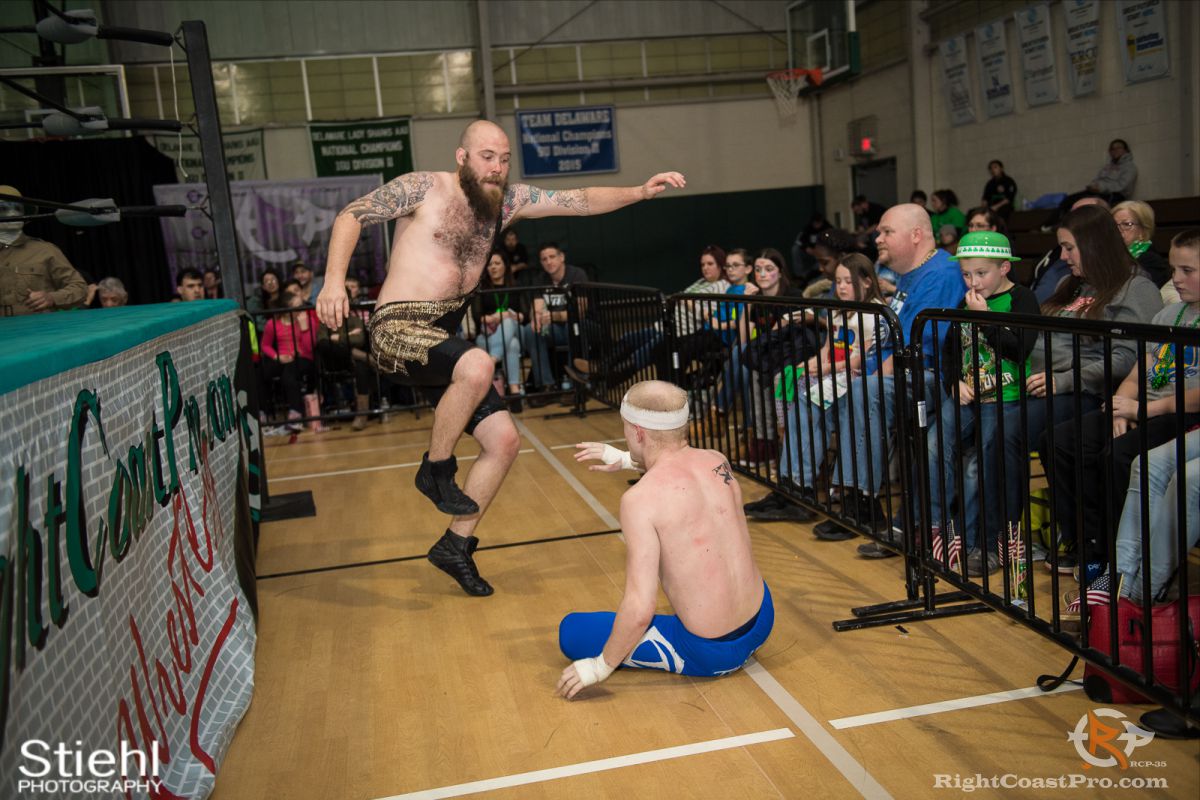 Sean Royal was able to stagger ringside during the latter part of the match, however by then the damage had been done and there was simply no way Tim Taylor could overcome the Savages numbers. 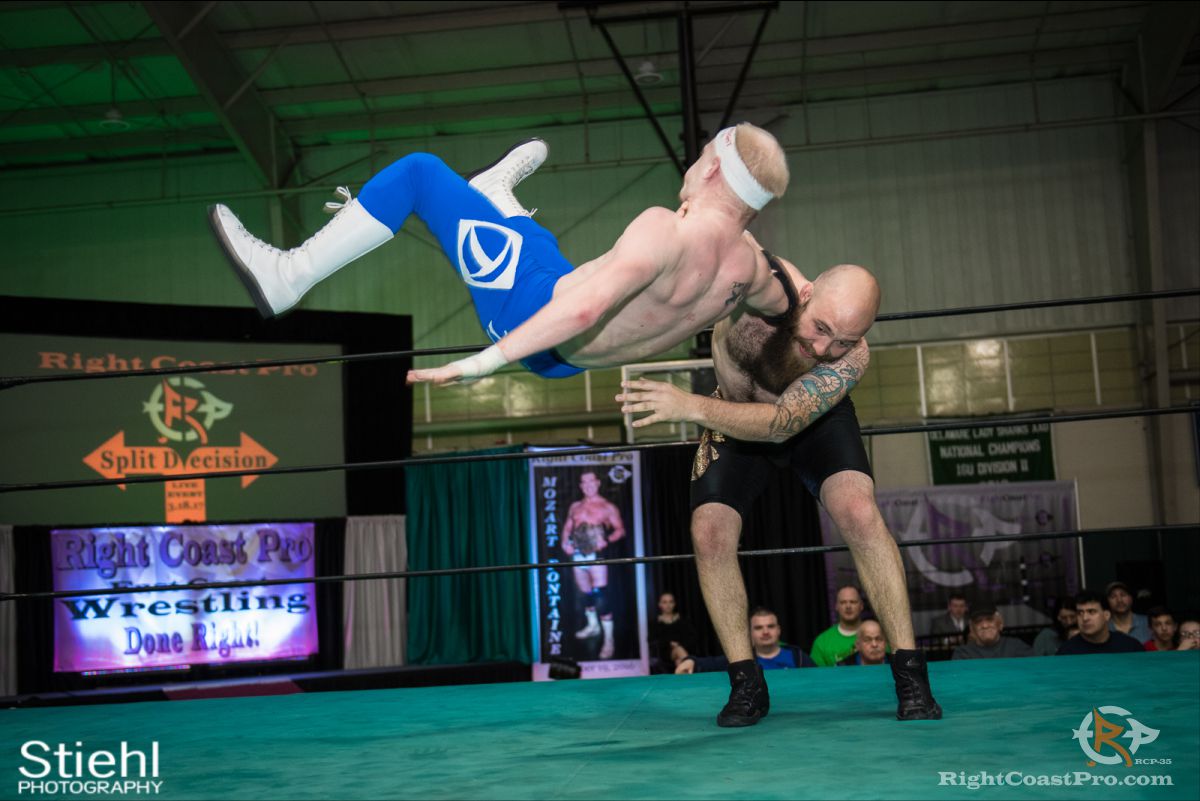 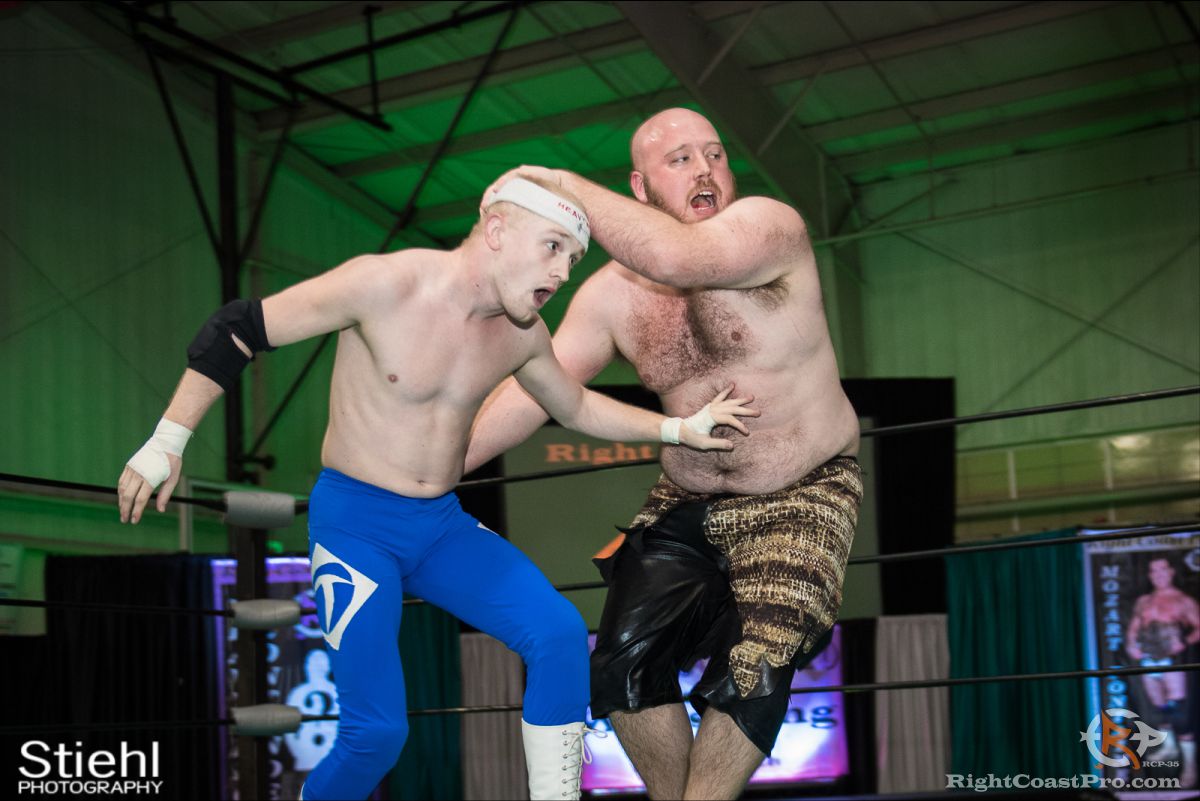 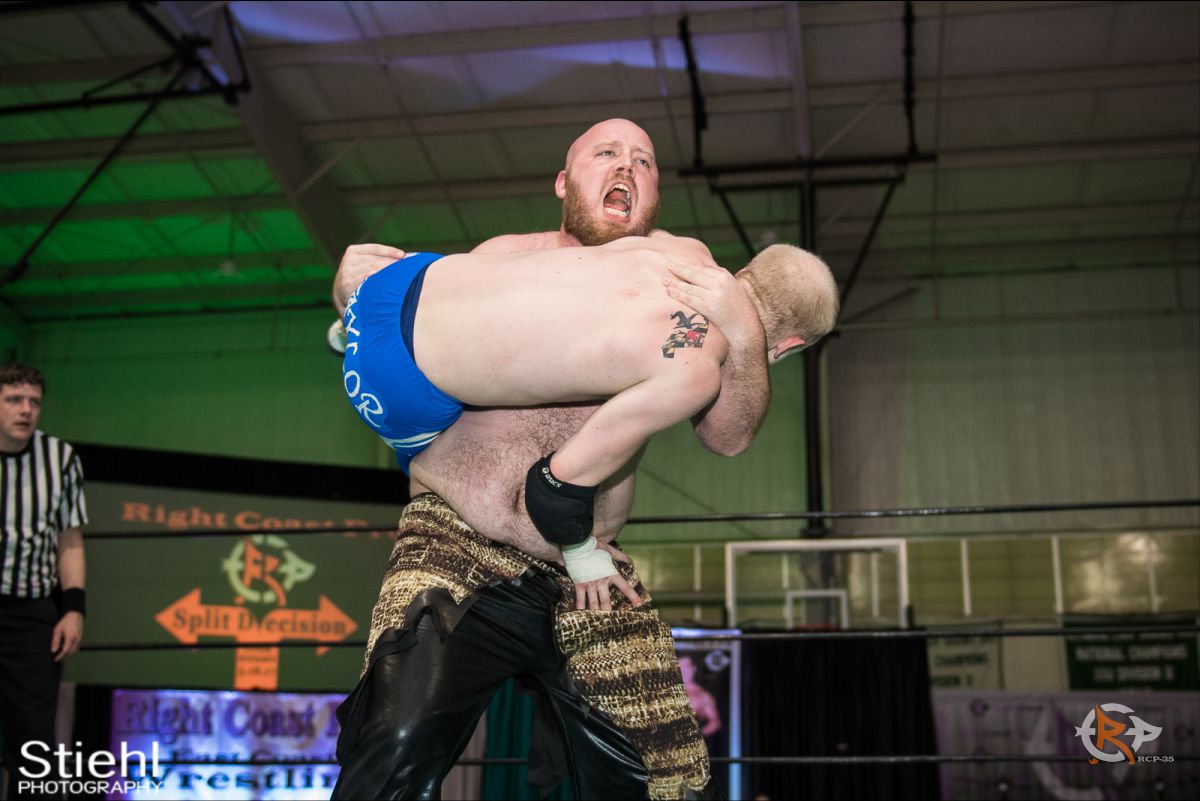 Winner by pin-fall and now one half Tag Team Champion: Wildlife William Fitz 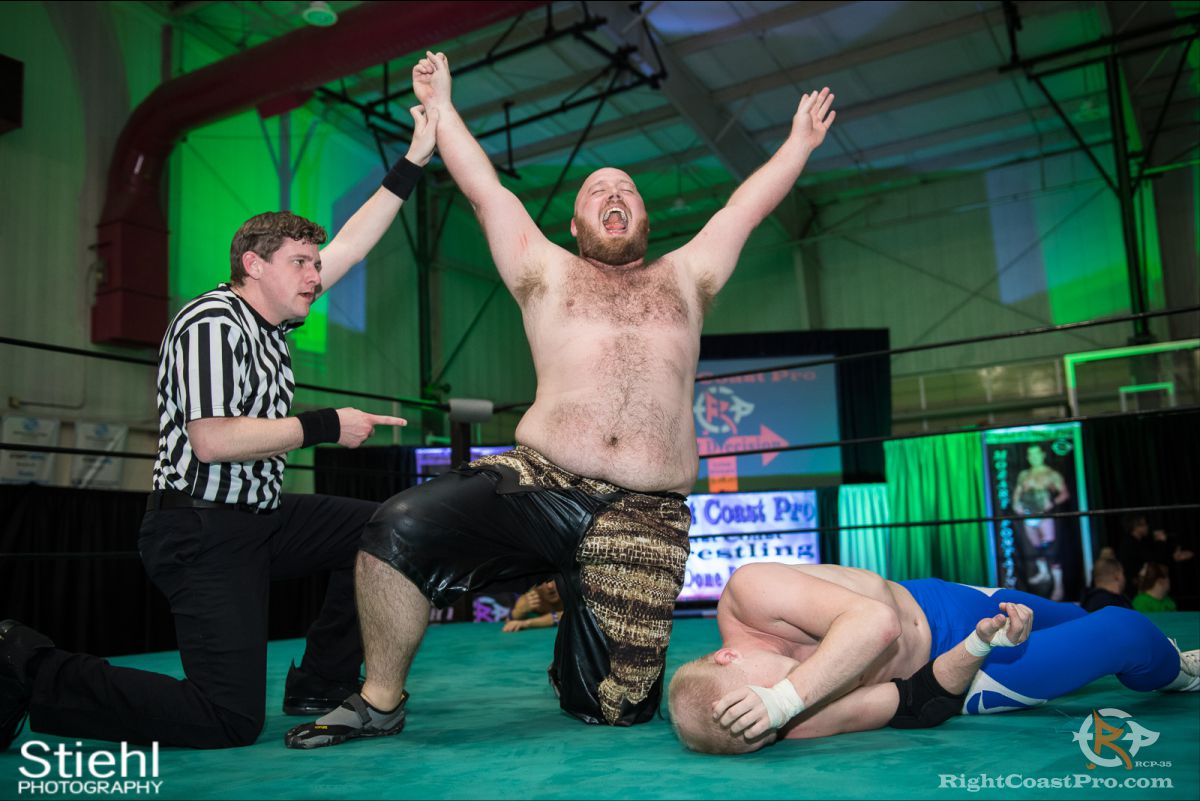 Of Note, due to the continuing interference and tag team controversy, CEO Mister Crister has decided the Championships will be settled in a Steel Cage at RCP’s next event.