It played out just as the security cams, Clarke Kelly and The Asian Assassin Setsu Ginsu predicted pre-match on the Megatron, knockout victory by Setsu Ginsu. As we saw unfold live at RCP Arena, aka the Greater Newark Boys and Girls Club of Delaware, Jim Slim has been targeted for extinction, and whoever put this “hit” on Slim will go to great lengths, and expense, to see this rising young athlete out of Right Coast Pro Forever! 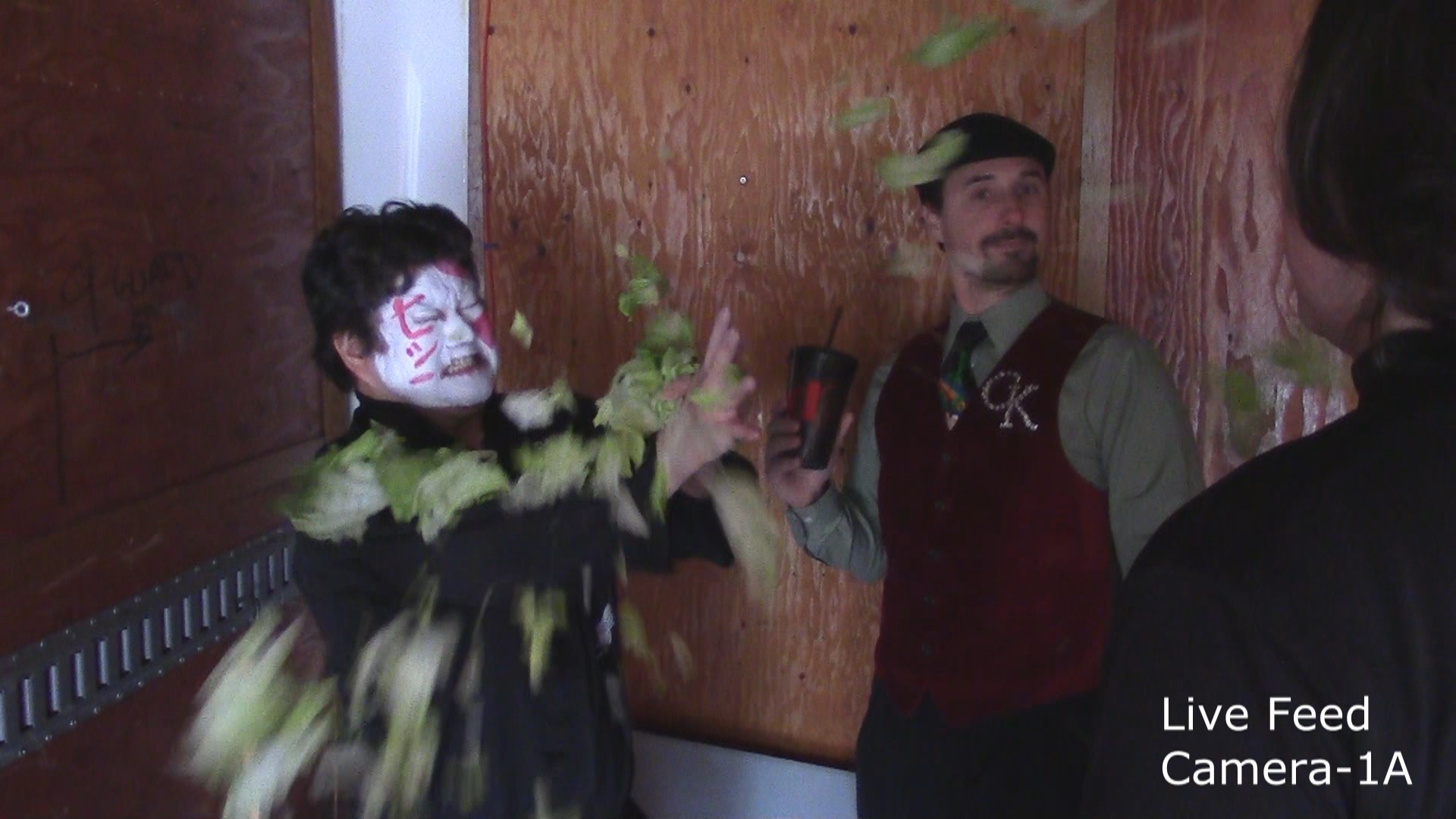 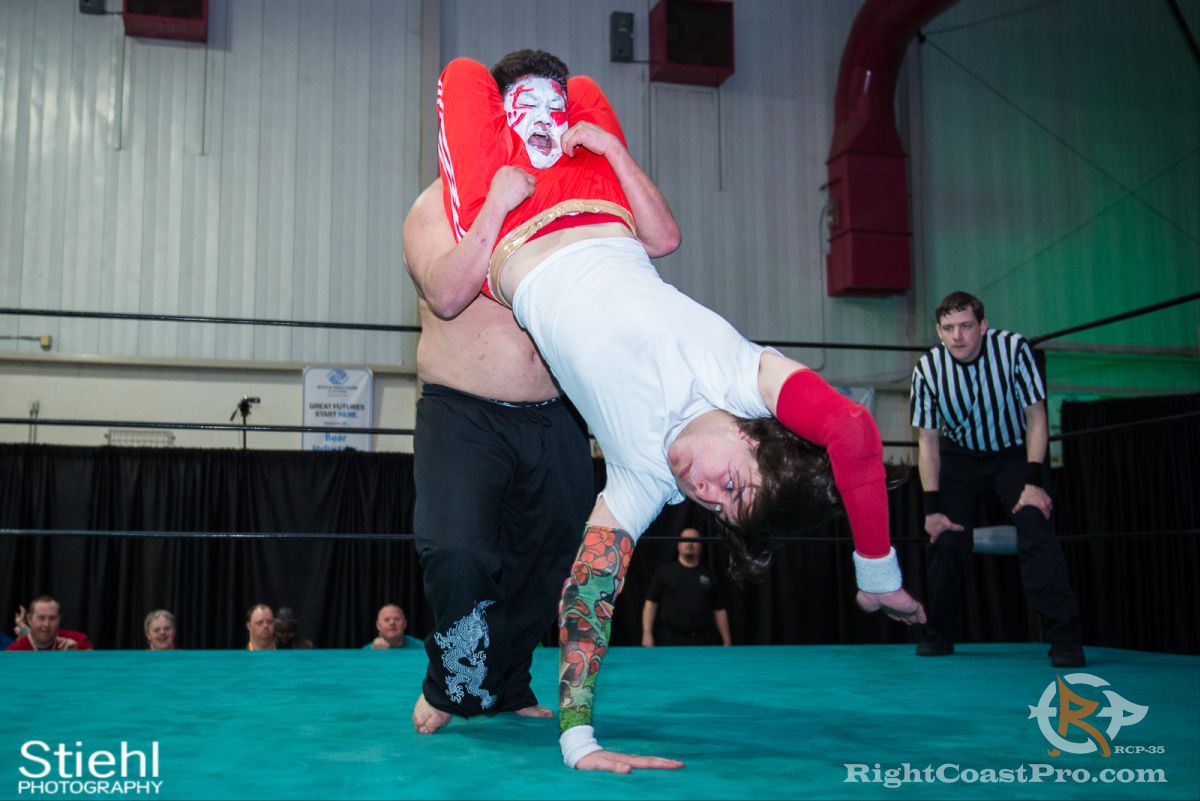 While Slim made a go of climbing to the top of Delaware’s Pro Wrestling Podium, it was clear that tonight was not going to be that night, thanks to overwhelming firepower brought forth by Sport Agent Clarke Kelly. Not only did Slim Jim have to contend with the now #2 Delaware Pro Wrestling Championship Contender Setsu Ginsu, 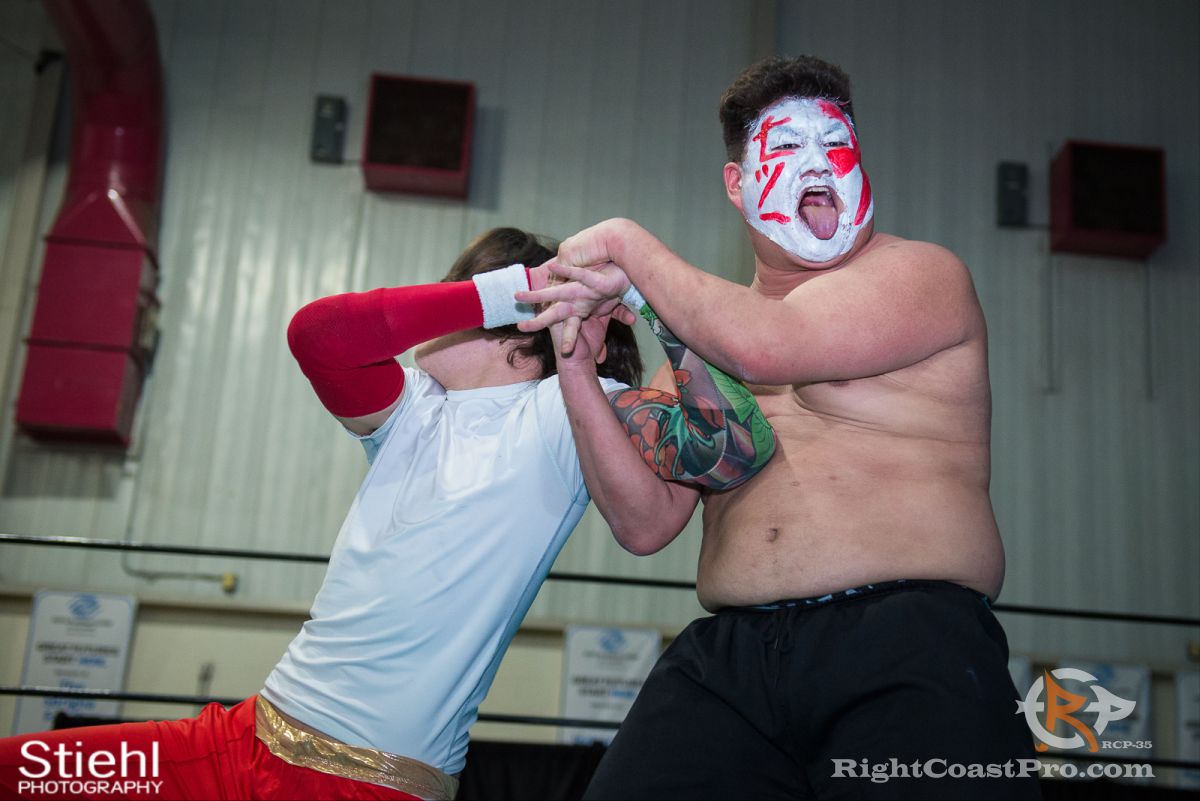 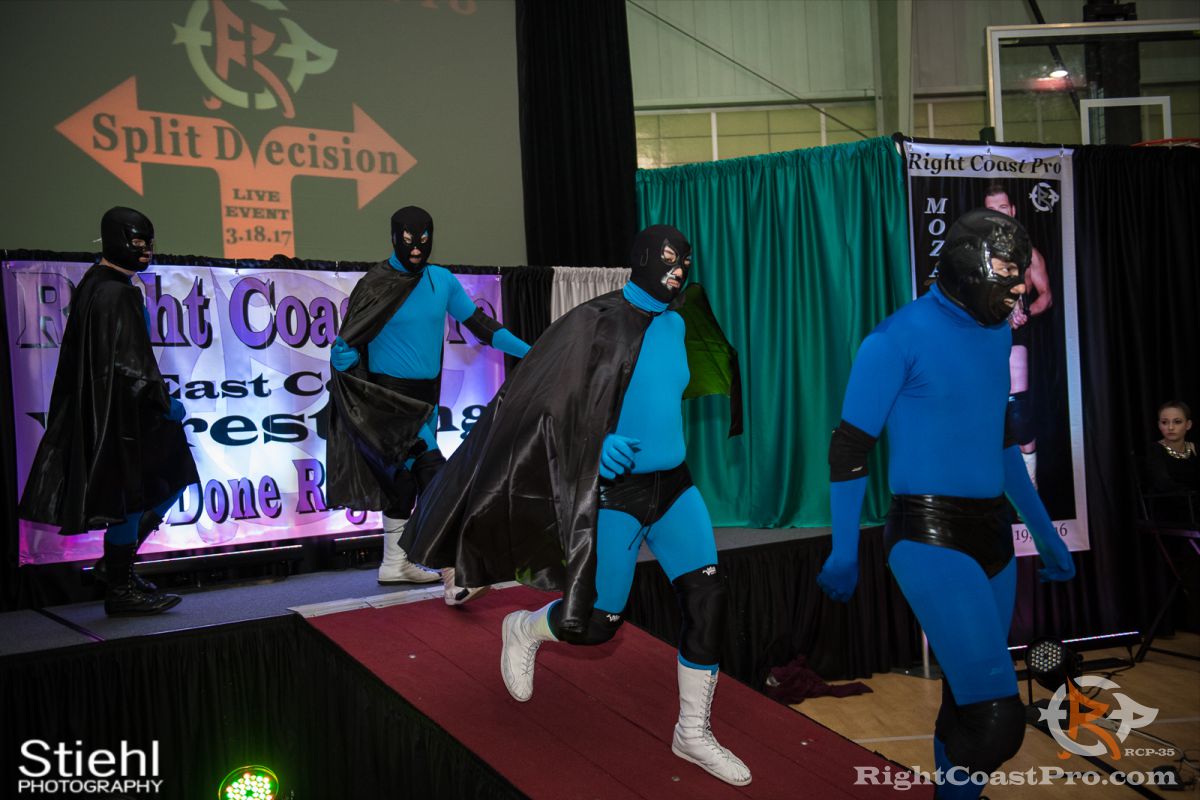 he also had Clarke Kelly along with his band of Contractors to deal with. After a promising a start Slim Jim found himself, and his offensive move sets, operating at half throttle due to all the outside interference. No matter how hard he willed himself to victory, the numbers were too great. In the end a distraction by Contractors Two thru Four allowed Contractor #1 to foil Slim’s last gasp at victory, a top rope senton. The Asian Assassin sprayed him with his oriental green mist and proceeded to round house kick Slim Jim into Unconsciousness. 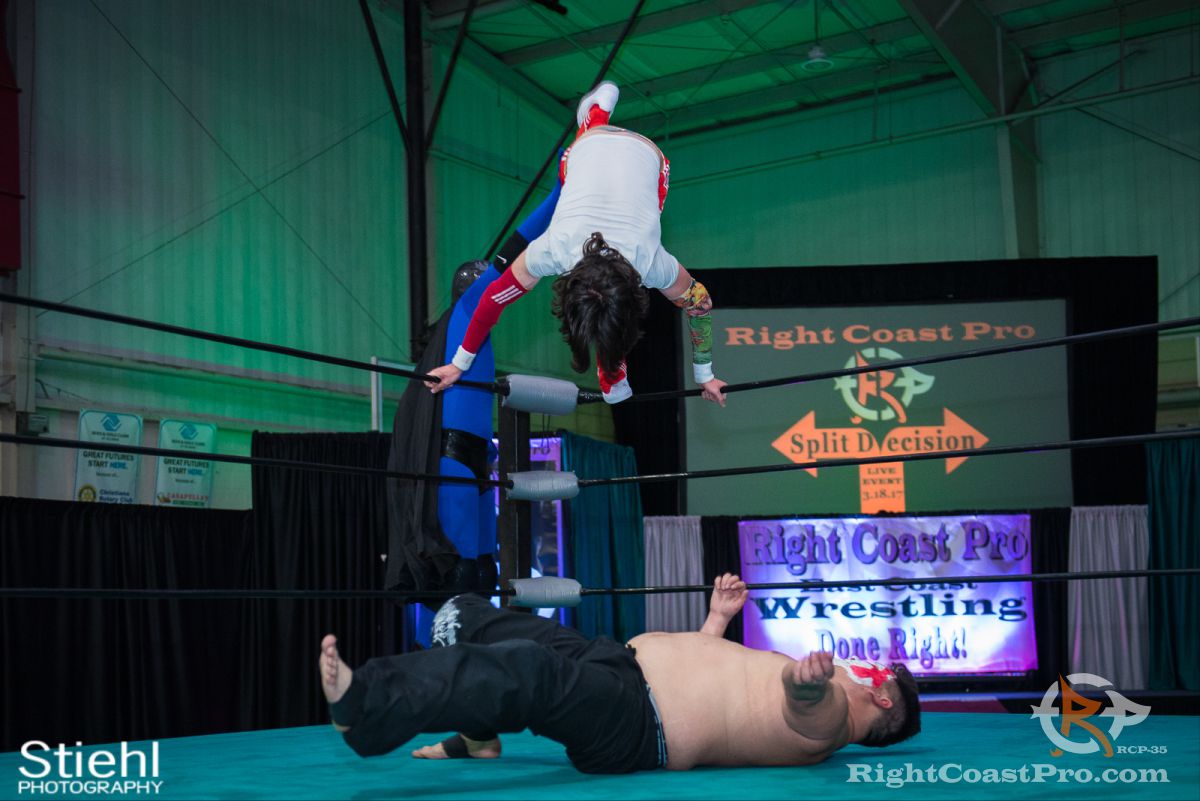 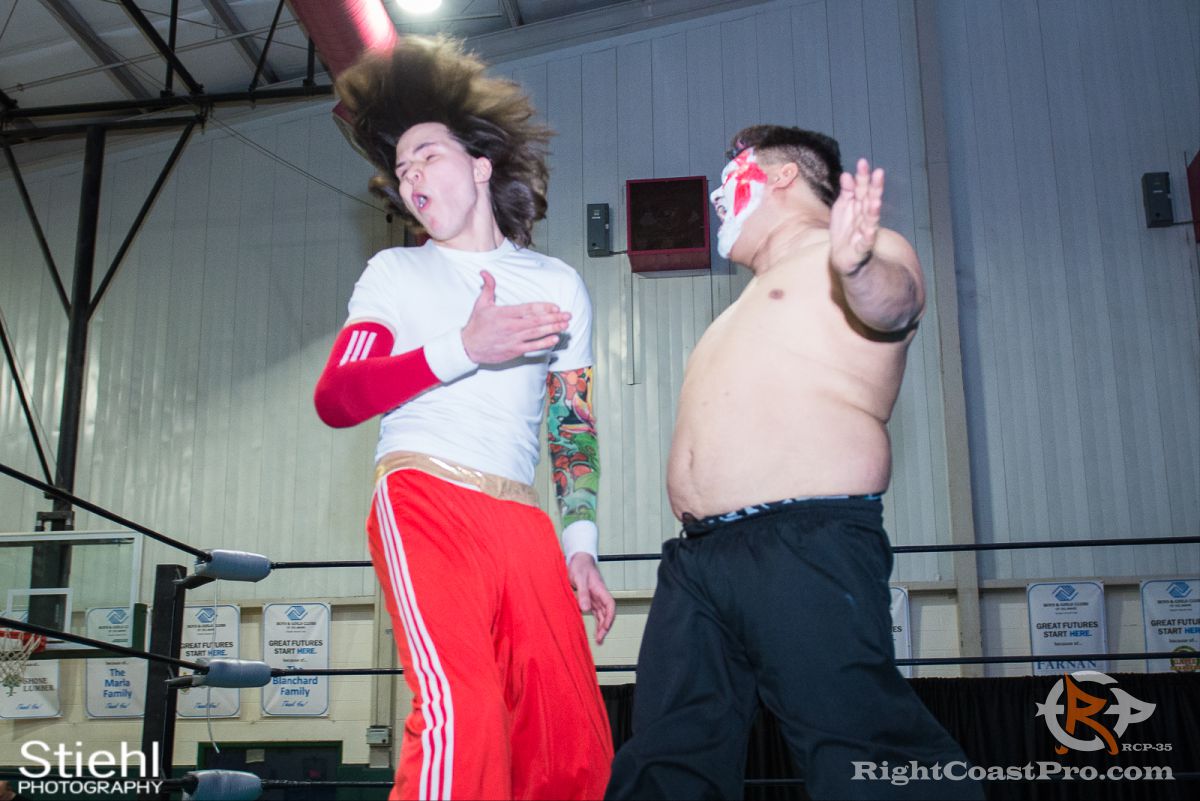 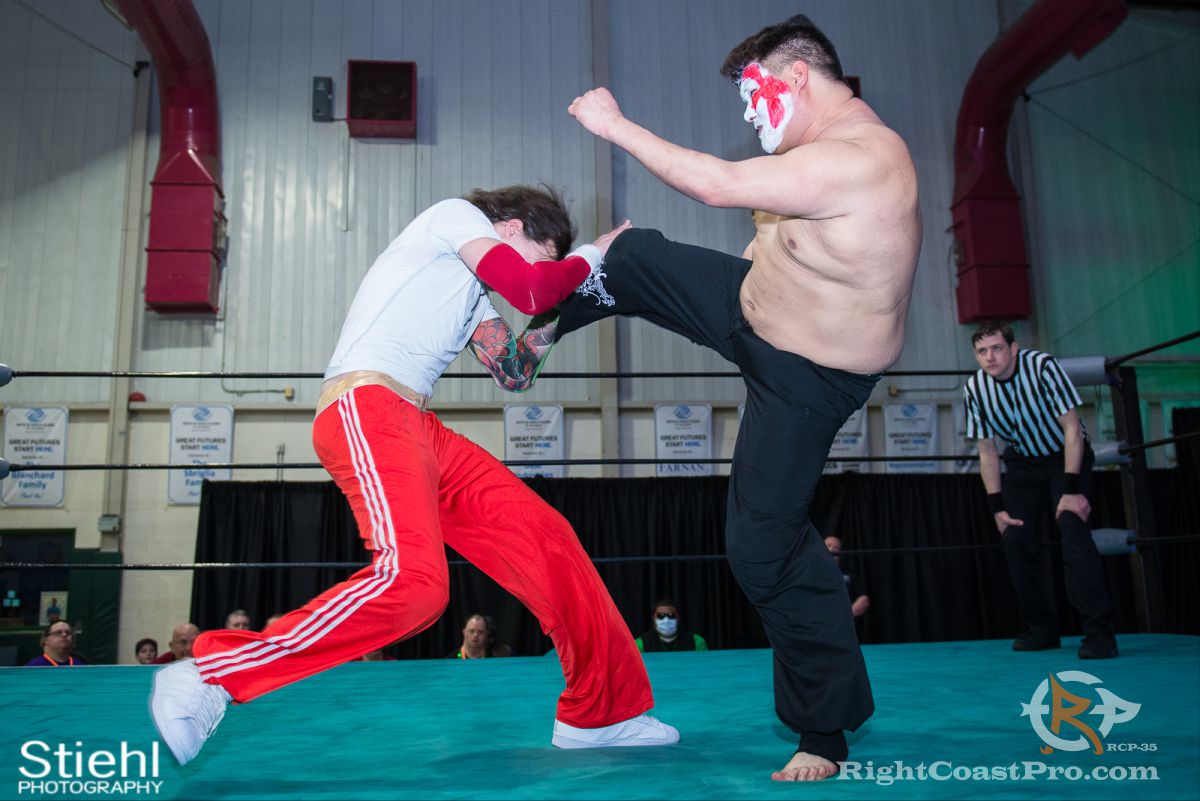 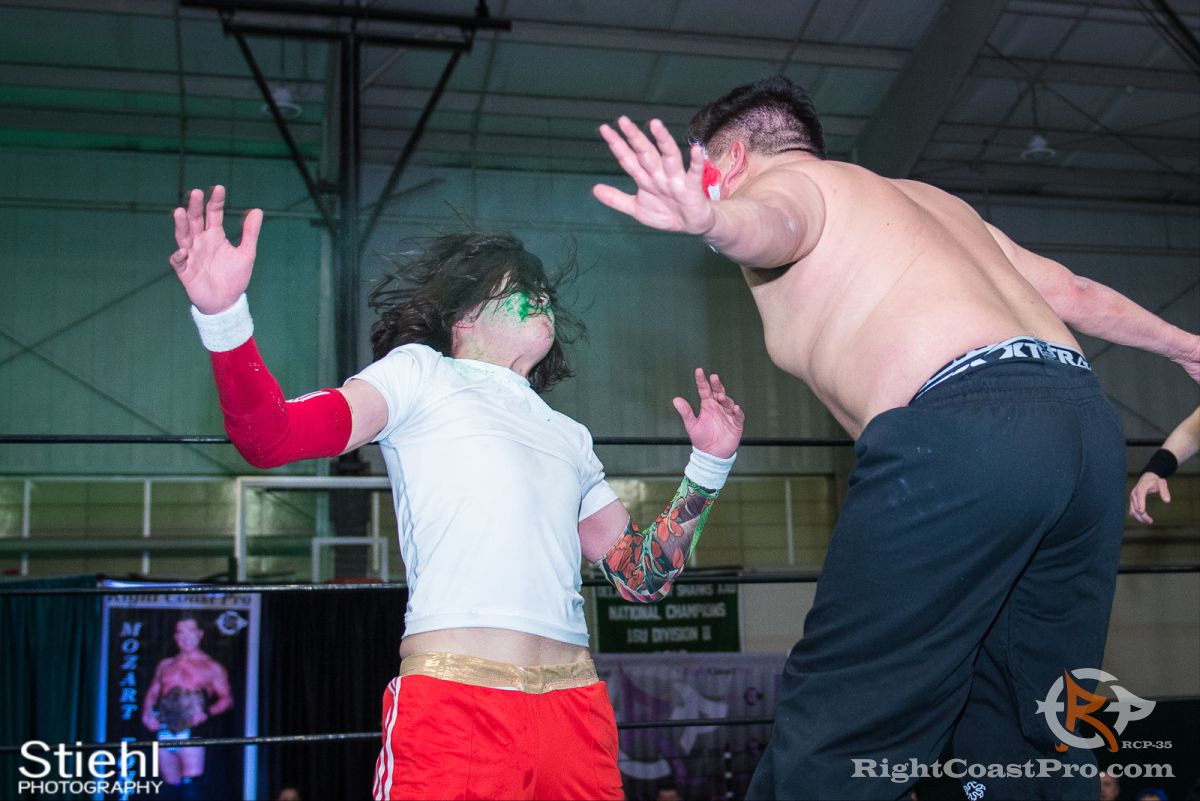 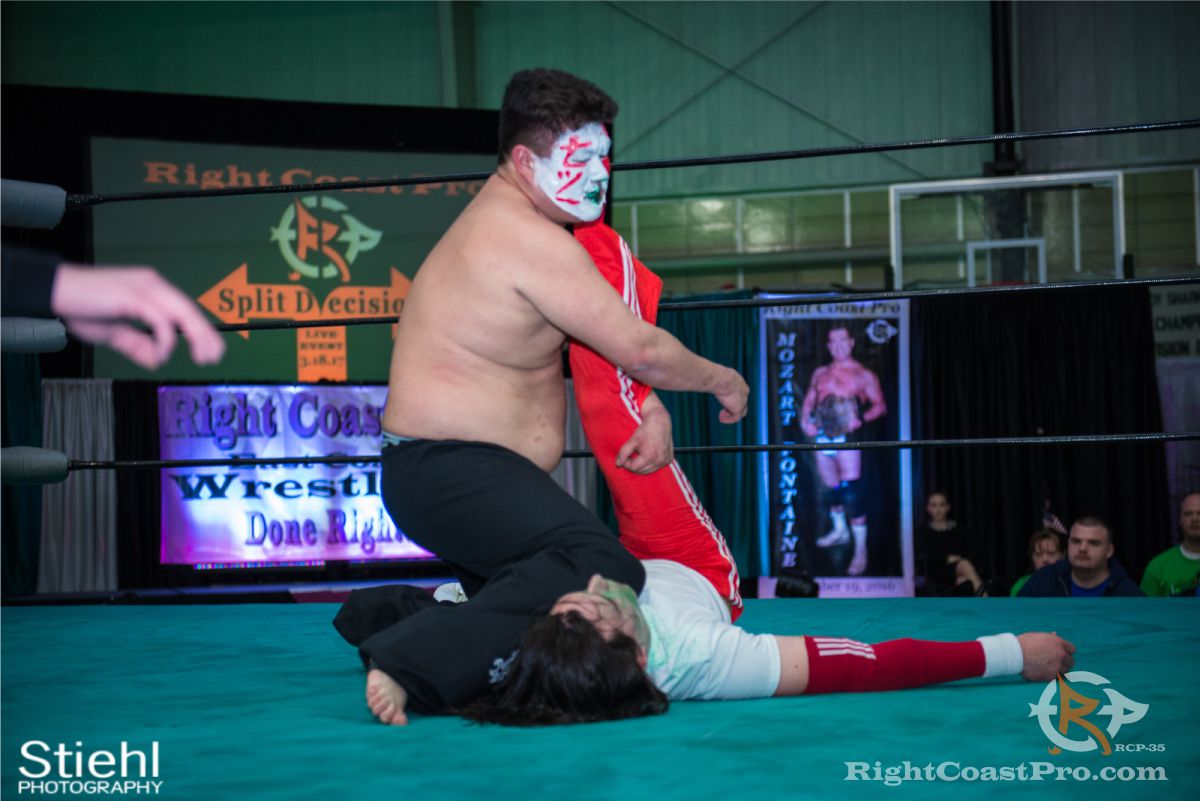