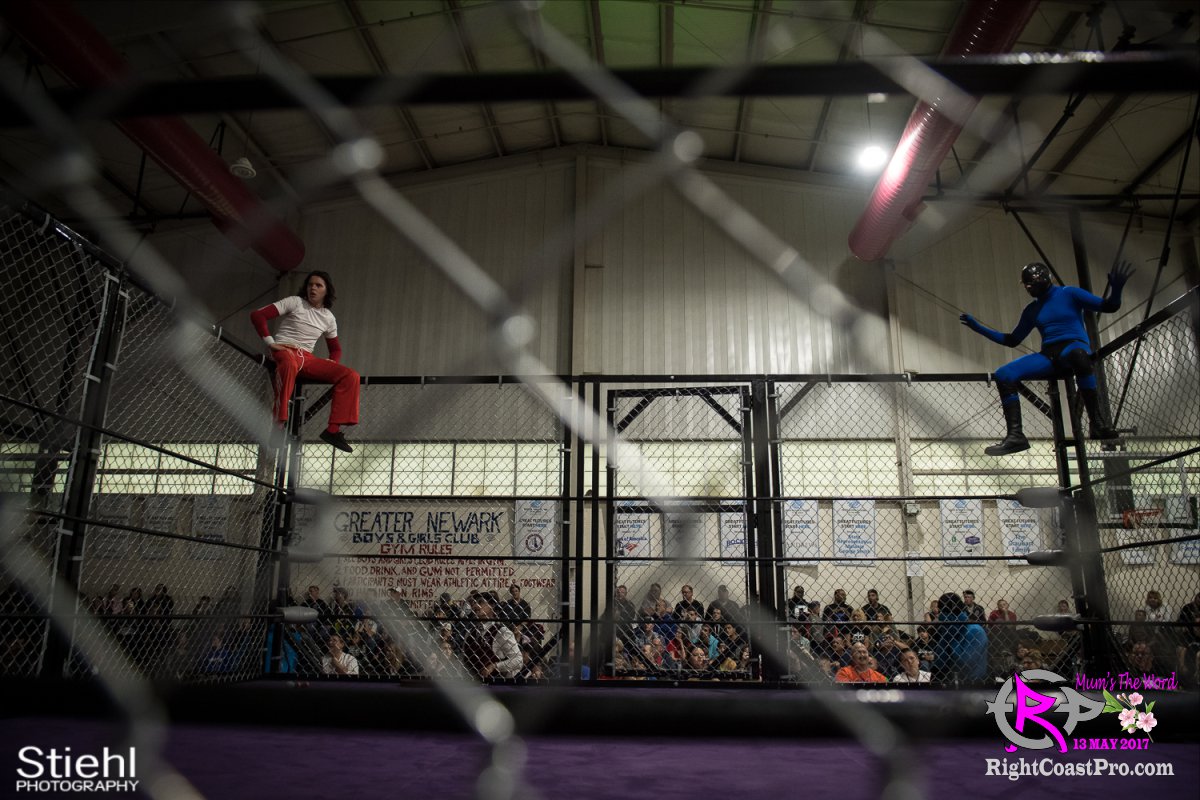 As the Right Coast Pro Wrestling CEO of the Evening re-iterated, it was a pro wrestling match stipulation Contractor #1 demanded in a match that HE demanded. Hair vs Mask inside Right Coast Pro’s 15 foot steel cage! The CEO had no plans to leave the fans dissapointed, giving Contractor #1 an ultimatum to Take The Mask Off! 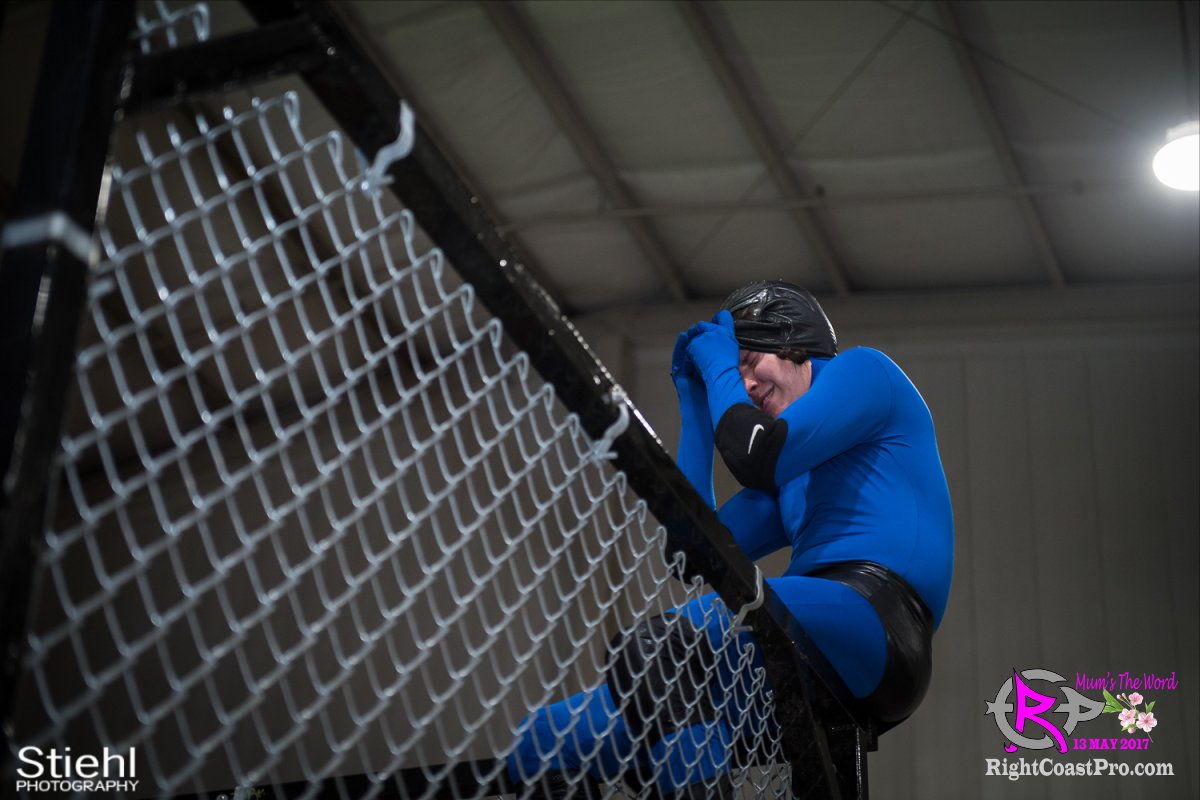 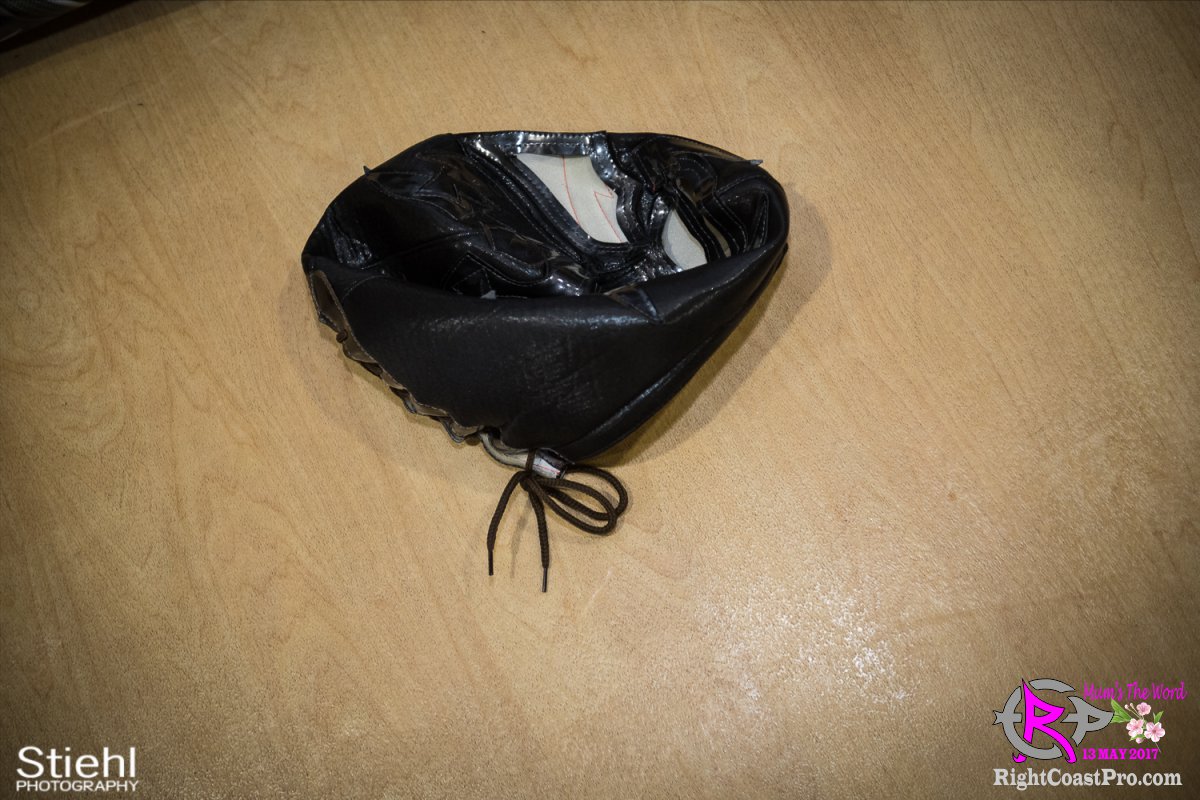 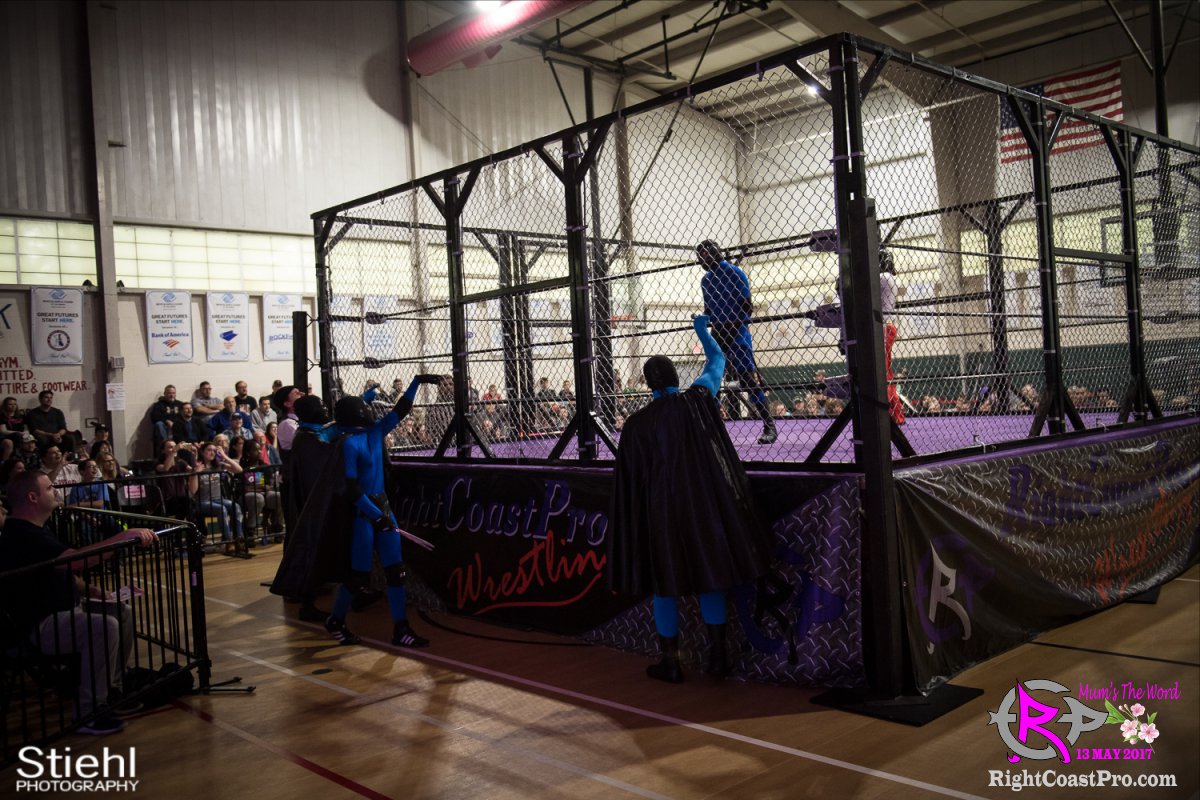 The steel cage was erected and the match between Contractor and Slim Jim set a new precedence in Delaware Sports Entertainment. The fans packing the Greater Newark Boys and Girls Club were on the edge of their seats from start to finish, and what a finish it was! After a death defying swantan dive from the top of the cage, 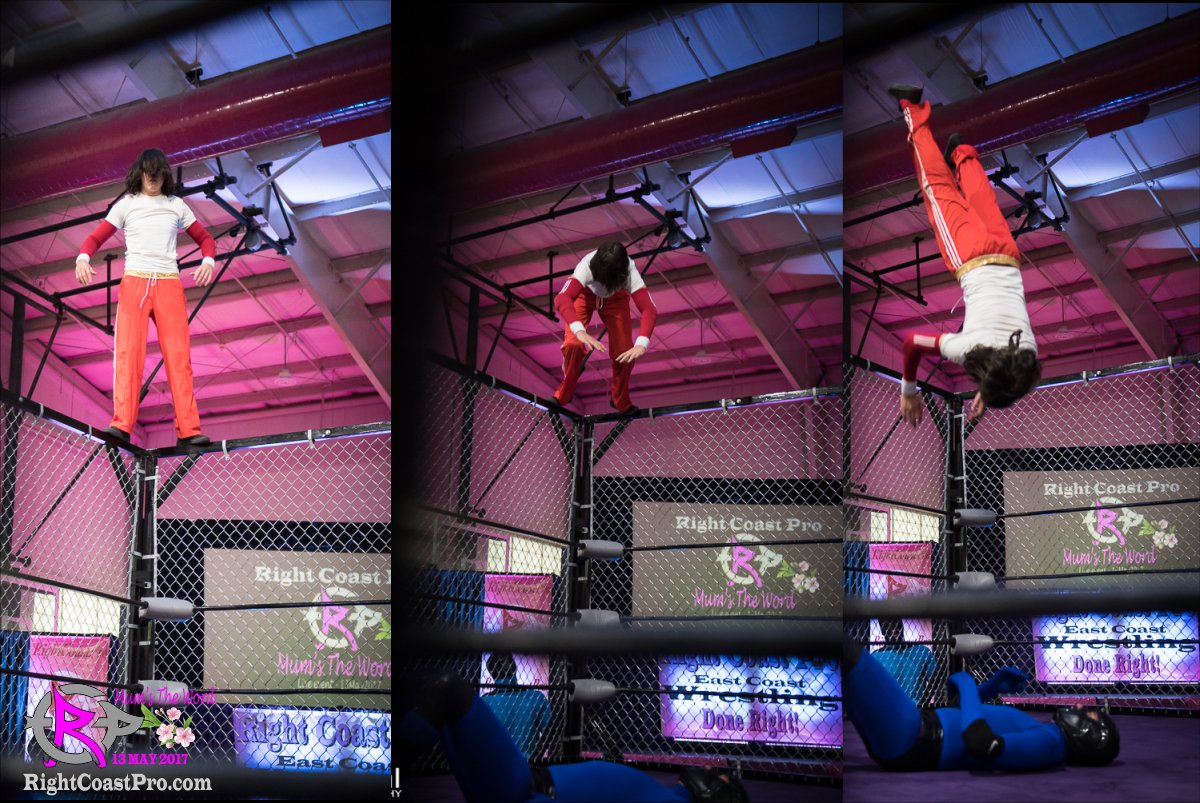 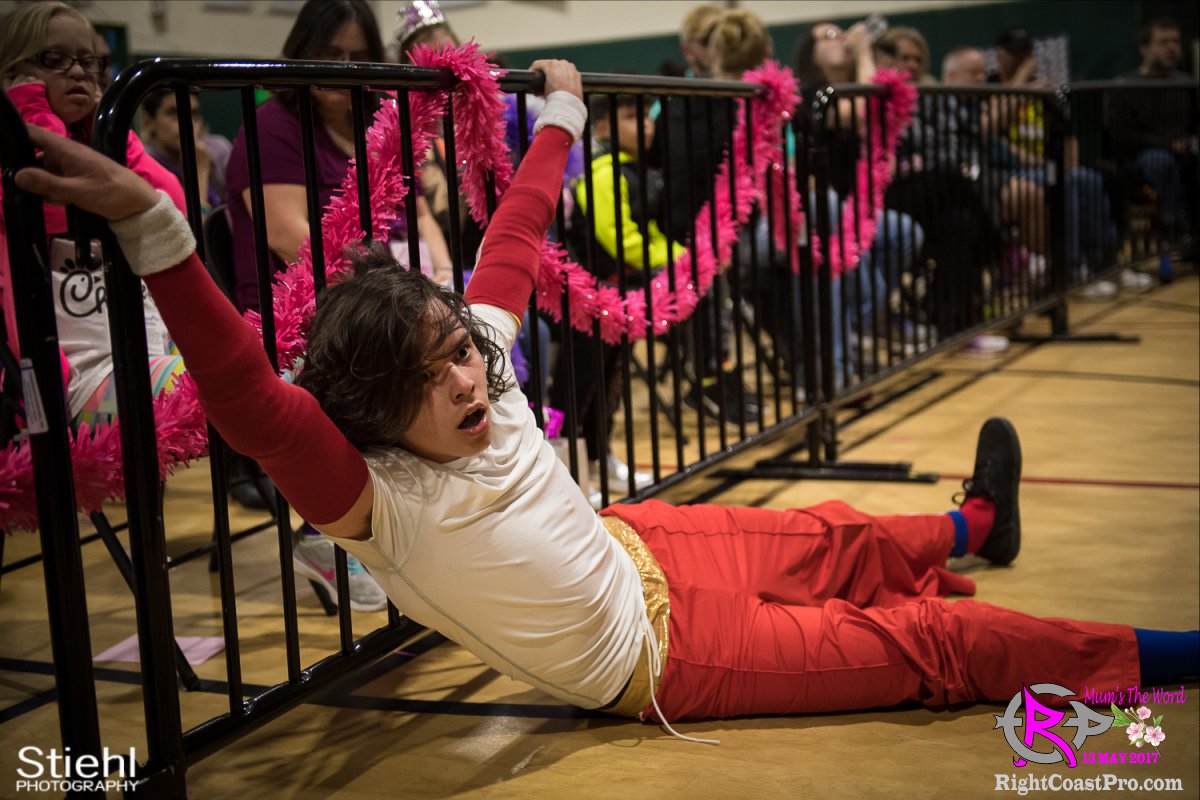 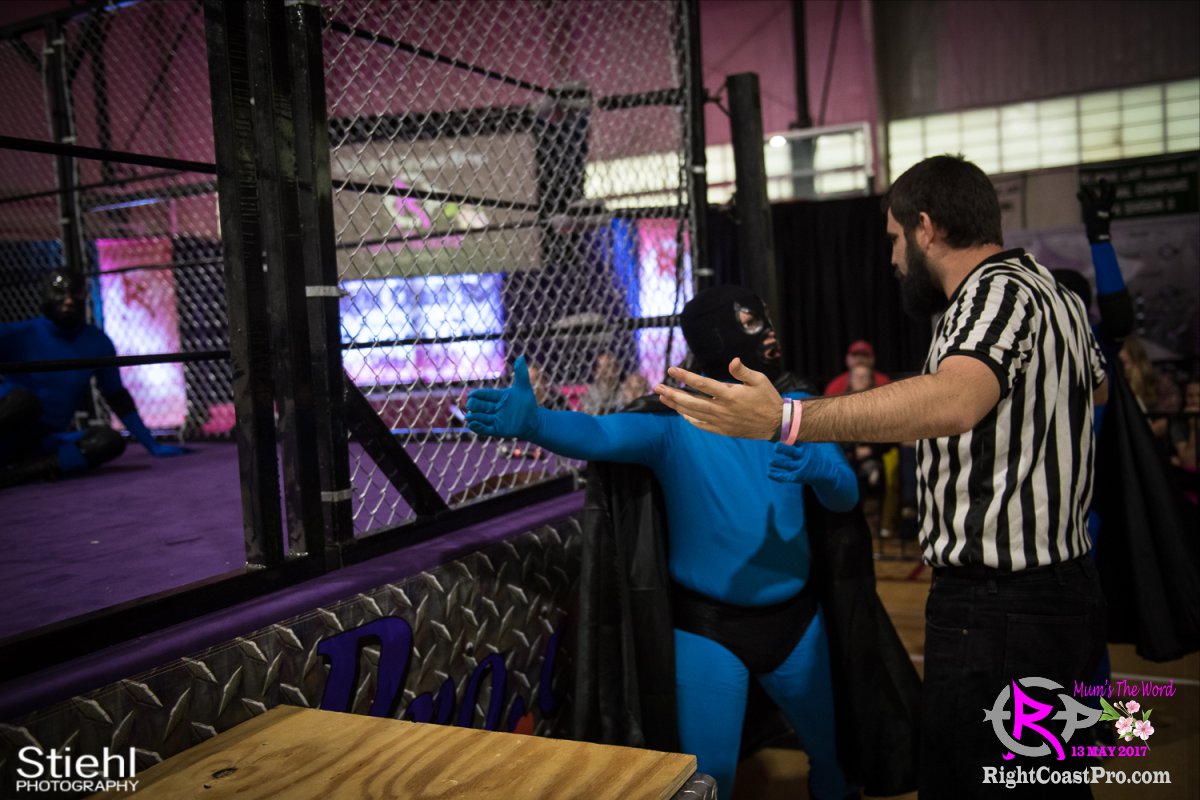 Slim Jim fought off three other Contractors to be the first to escape from the cage and win this hard fought contest. Thinking to take advantage of CEO Mister Crister’s absence, Contractor Number One looked to ignore the match stipulation requiring him to remove his mask! Enter Right Coast Pro’s Co-Owner and Director of Operations JJ Johnston aka JJ the Crewguy. JJ made it perfectly clear to Contractor #1 there was only one option that night, to Take the Mask Off! 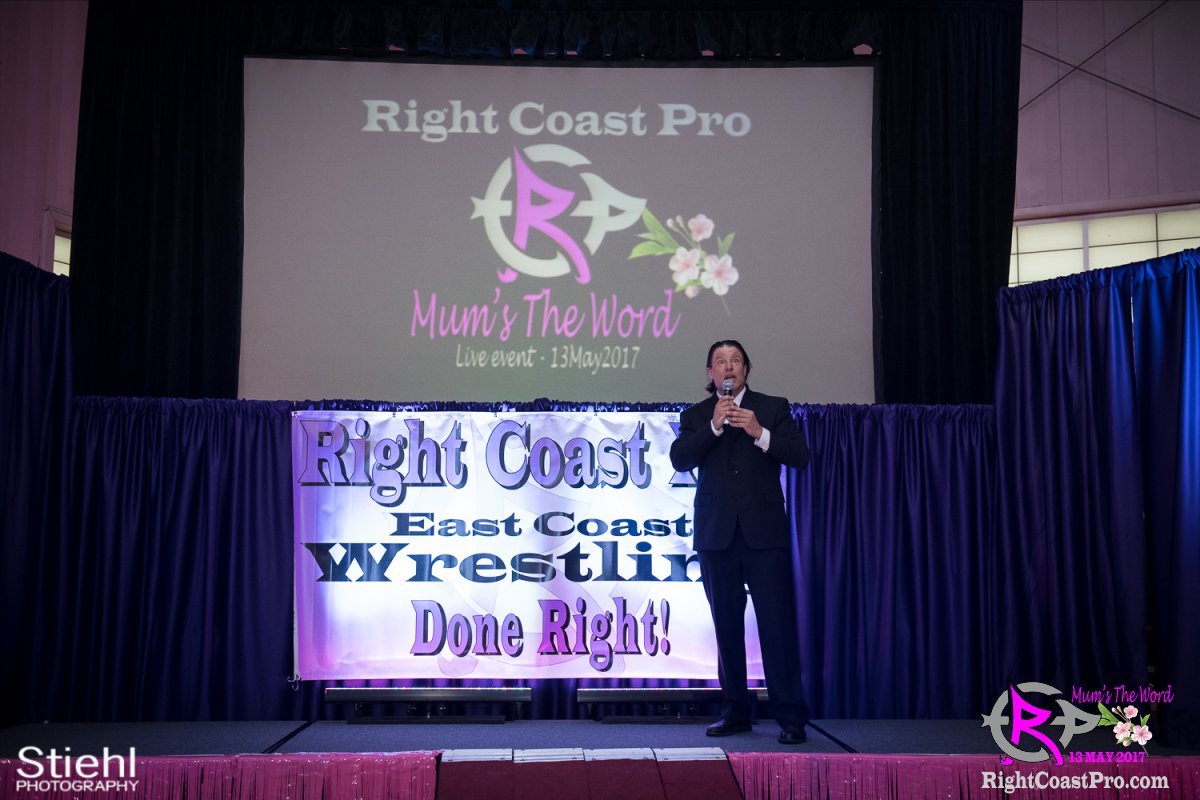 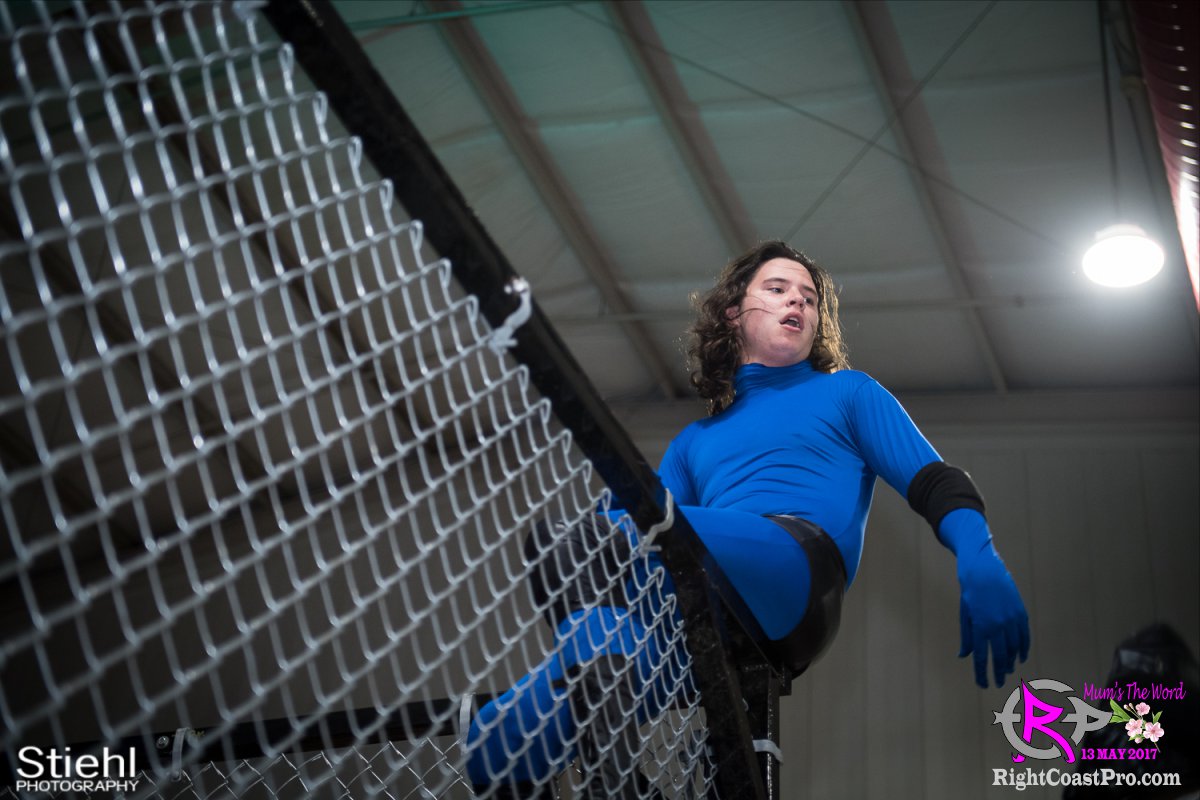 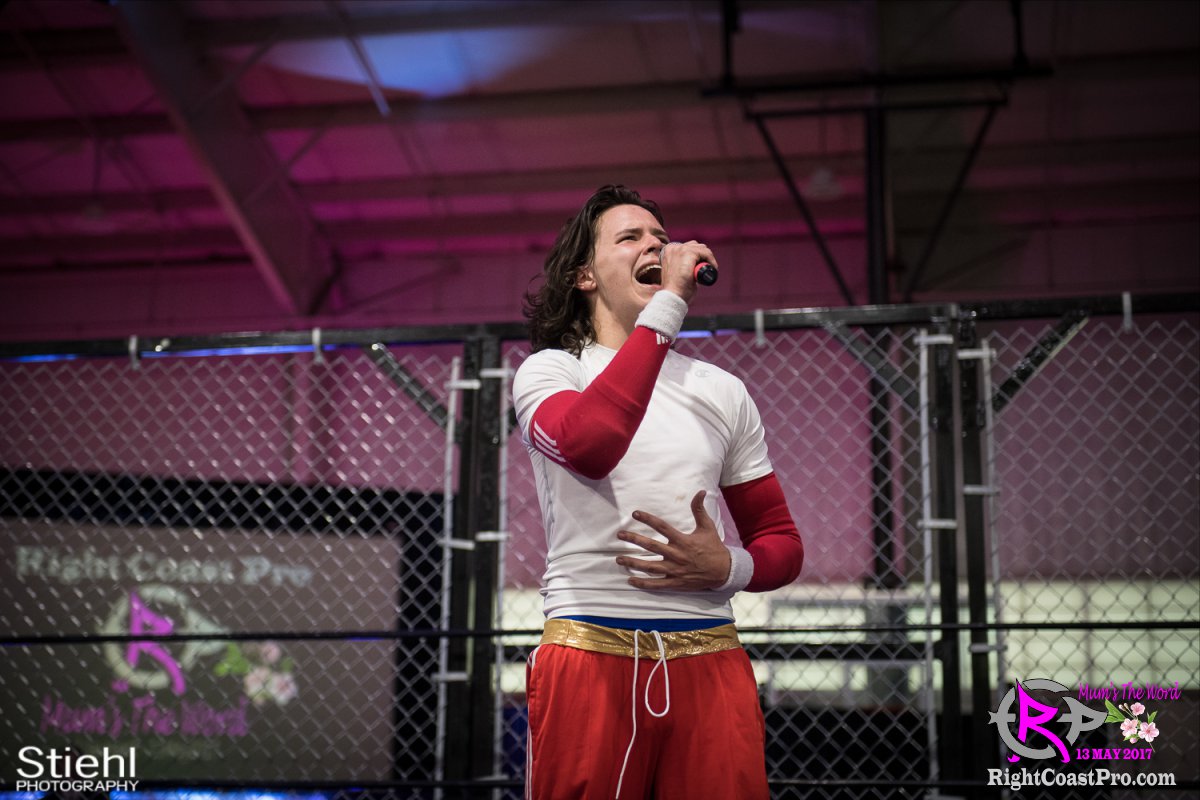 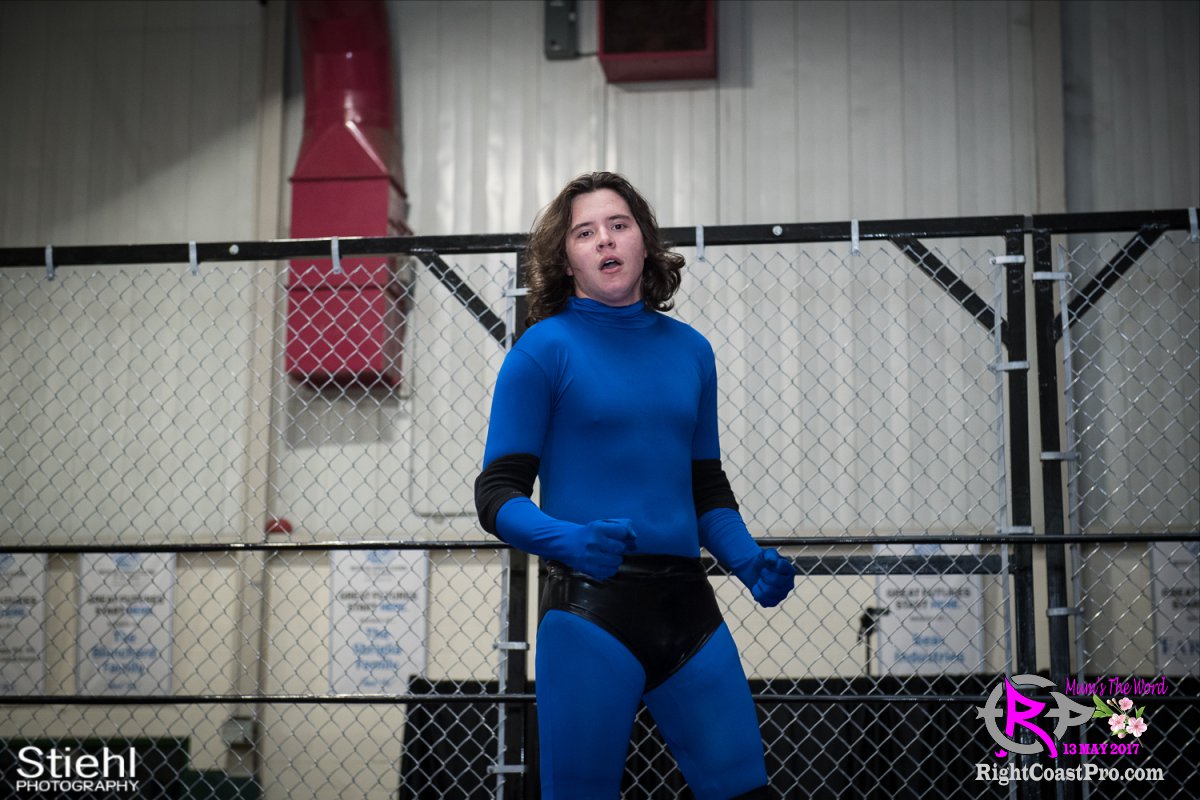 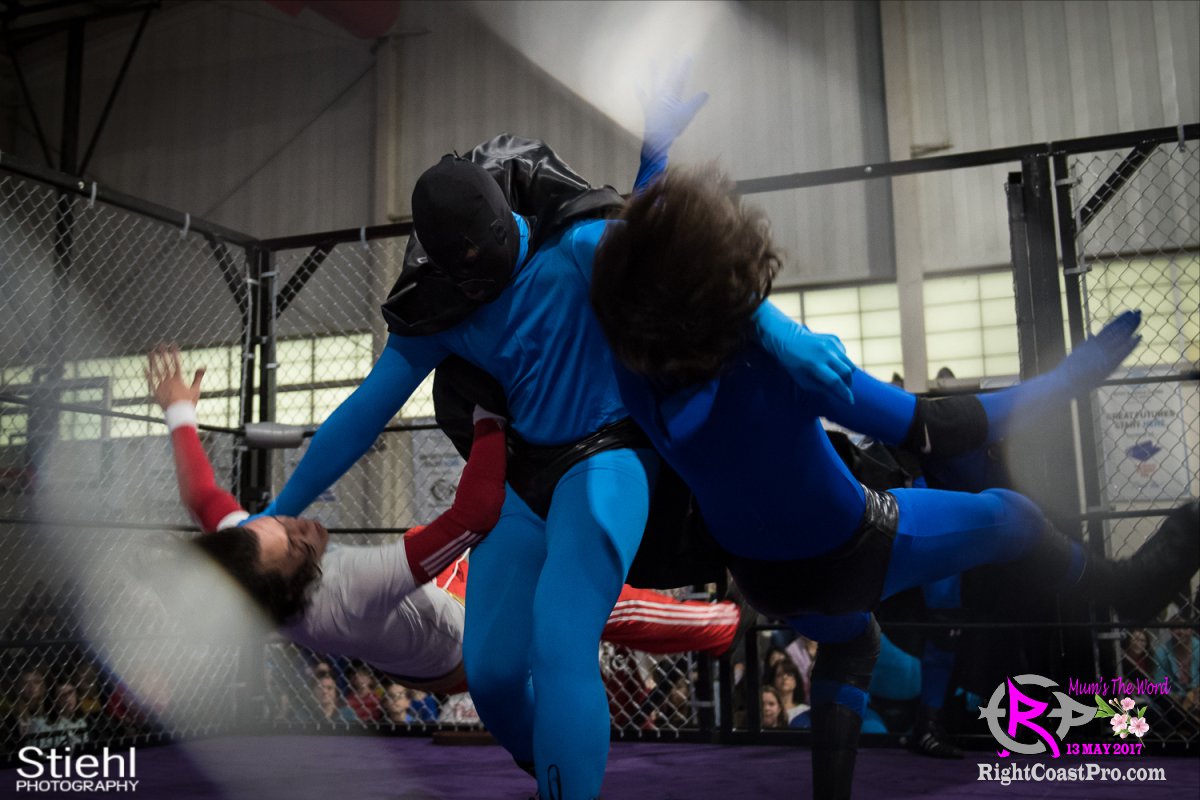 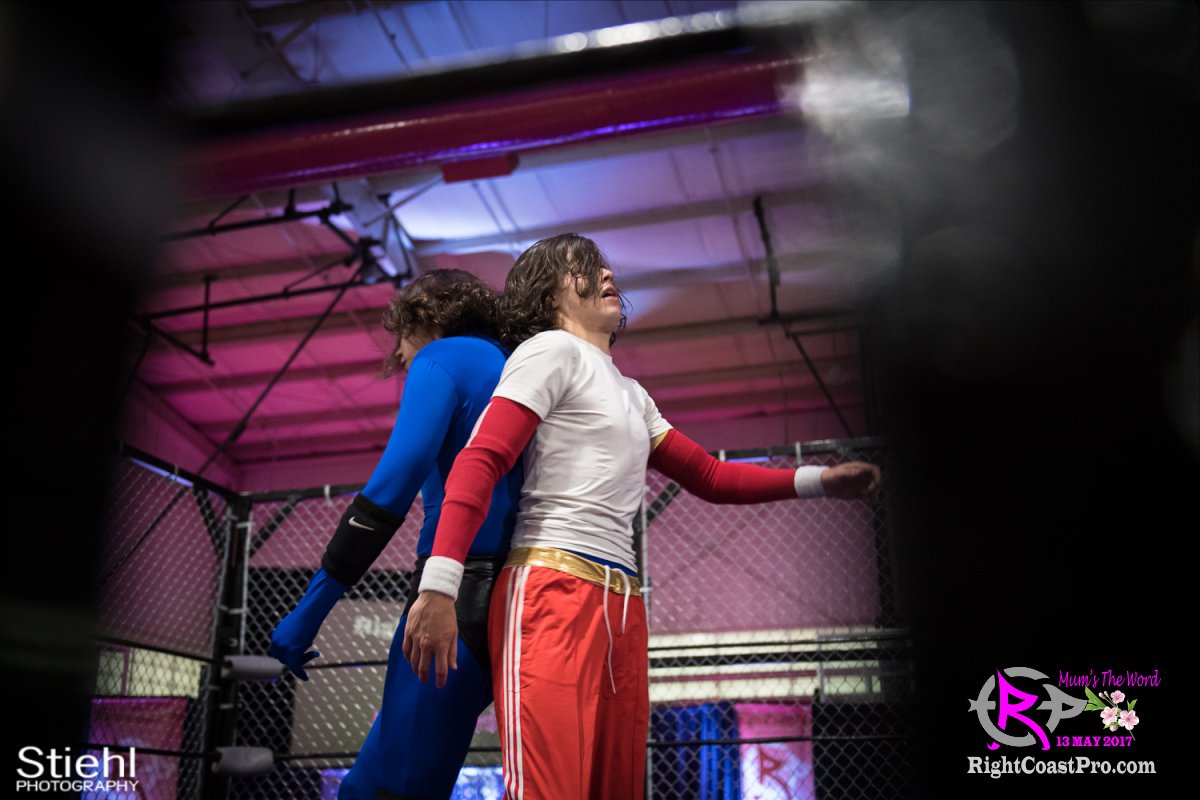 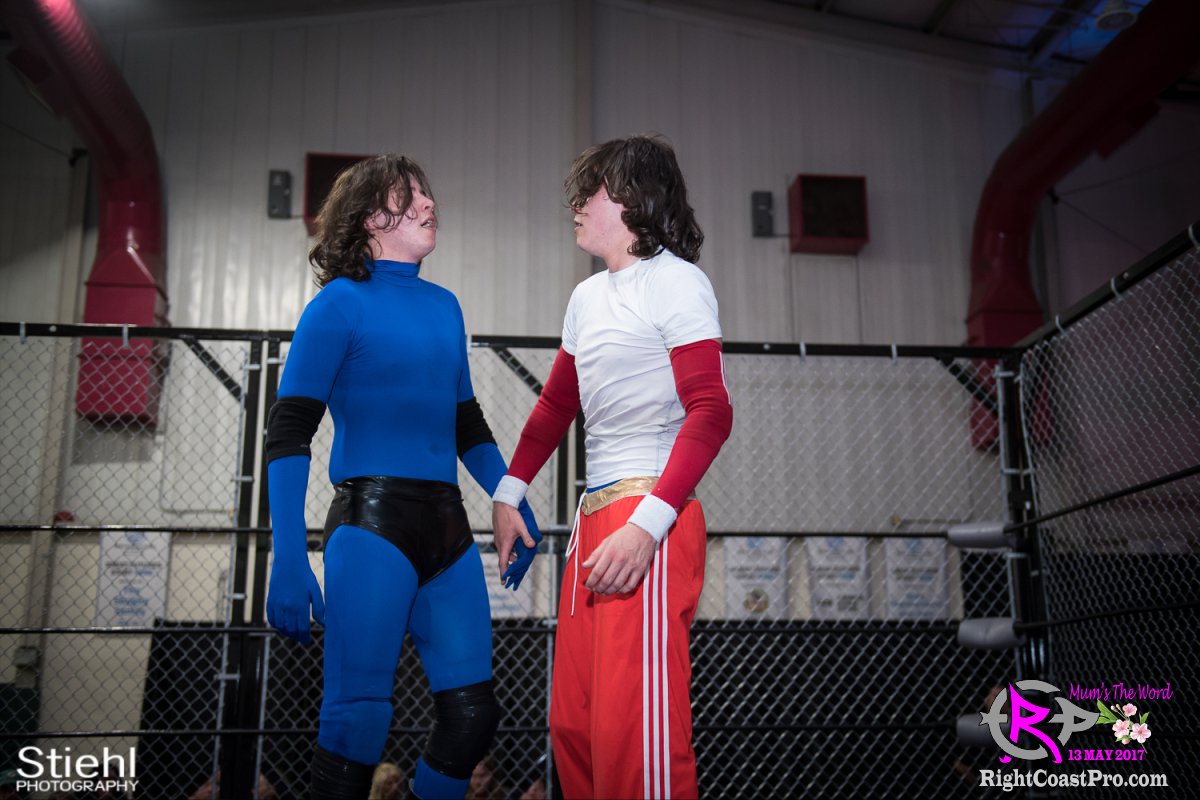 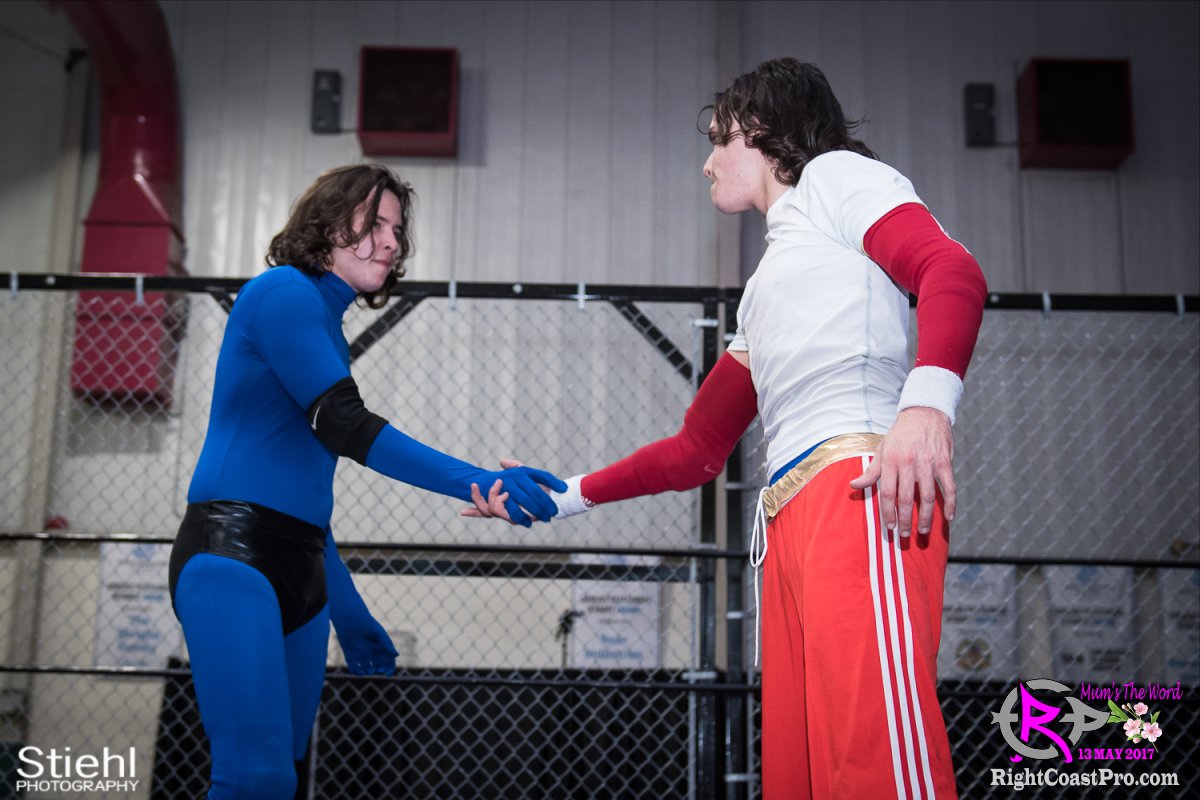 Grudgingly, Contractor Number One agreed and to everyone in the RCP Arena, fans and locker room alike, it turned out to be Slim Jim’s Twin Brother, Ricky!

Slim Jim was as shocked as everyone else as he grabbed the mic to find out just why his twin brother has been plotting against him and ruining his life long dream of the two being a tag team in the WWE.

Winner of Contractor’s Stupidity and Jealousy? The Fans. 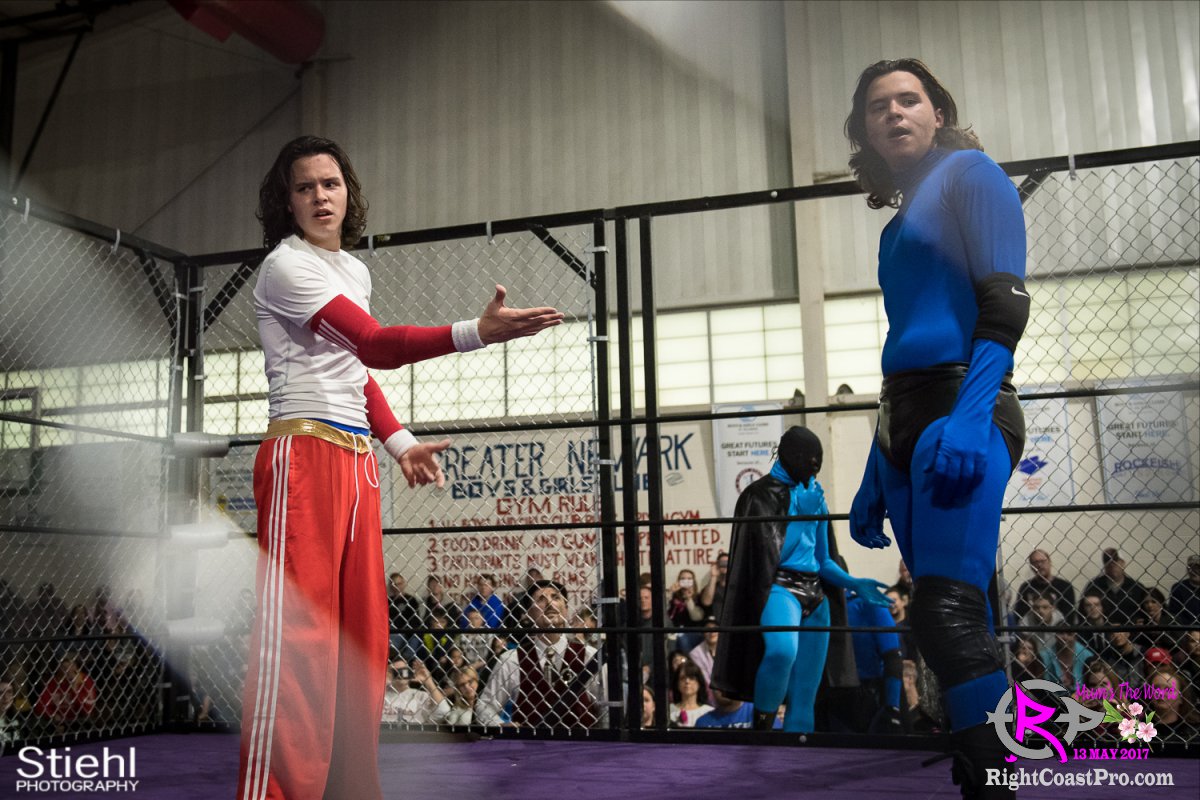 What is next for this duo? Find out on July 15th at our huge Delaware Pro Wrestling and Community Event, Festivus V.