Victory comes with a price!

Krazy Kids on a Roll!

Contractors put up a fight!

Right Coast Pro Wresting presents its "Turn Back Time" sporting and entertainment event on November 6, 2017 at the RCP Arena in Newark Delaware aka the Greater Newark Boys and Girls Club in Delaware. It will be a night of action packed, high-energy, professionally produced pro-wrestling and family fun.

Our first match announcement is a whopper! Current Champion Harry M Baldwin aka The Definition of a Ring Technician will square up against Number 1 Contender Big Gene Snitsky, a former WWE Superstar. This will be for the Right Coast Pro Heavyweight Championship!

The unusual, often dis-functional but effective team of The BF Amigos defend the RCP Tag Team Championships against Damian Gibbs and the Aesthetic Partner of his choosing. This one is bound to 'get physical'

And what a Second Match Announcement, two of Right Coast Pro's Myles Millennium squares up for hish first 'singles' match ever against the formidable Parisian-Spaniard Norange Ocho! Myles Millennium, was the winner of last event's 'September Summit' Battle Royale.

A huge challenge for The Krazy Kids who have taken RCP by storm, up next Jason Wilson and his Contractors! 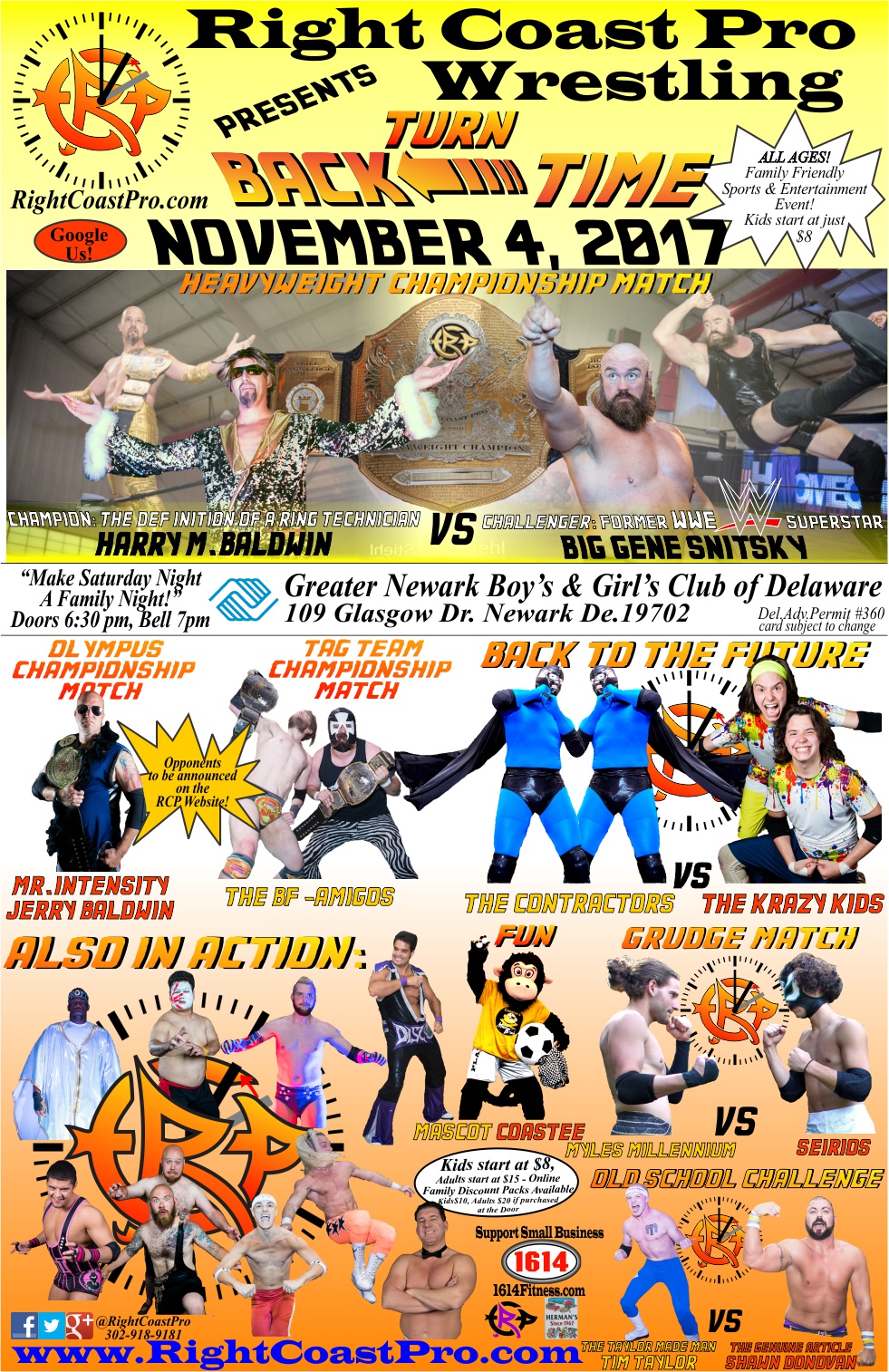 Miss our last event? Get caught up in this quick recap / highlight video of our exciting September Summit Event.

• More action and performers to be announced! RightCoastPro is a community based high-energy, professionally produced pro-wrestling event at an affordable price right in your neighborhood! RightCoastPro features a night of family friendly fun with great pro wrestling action,

ADVANCED TICKET PURCHASE HIGHLY RECOMMENDED: $15 - $20 Adults/$8 Kids All Tickets will be $20 at the door! Tickets, information and details are available at our webpage: Advanced Tickets

And Mascot Coastee of the the Mascot Brigade!