Baldwin puts up a fight!
RCP-40 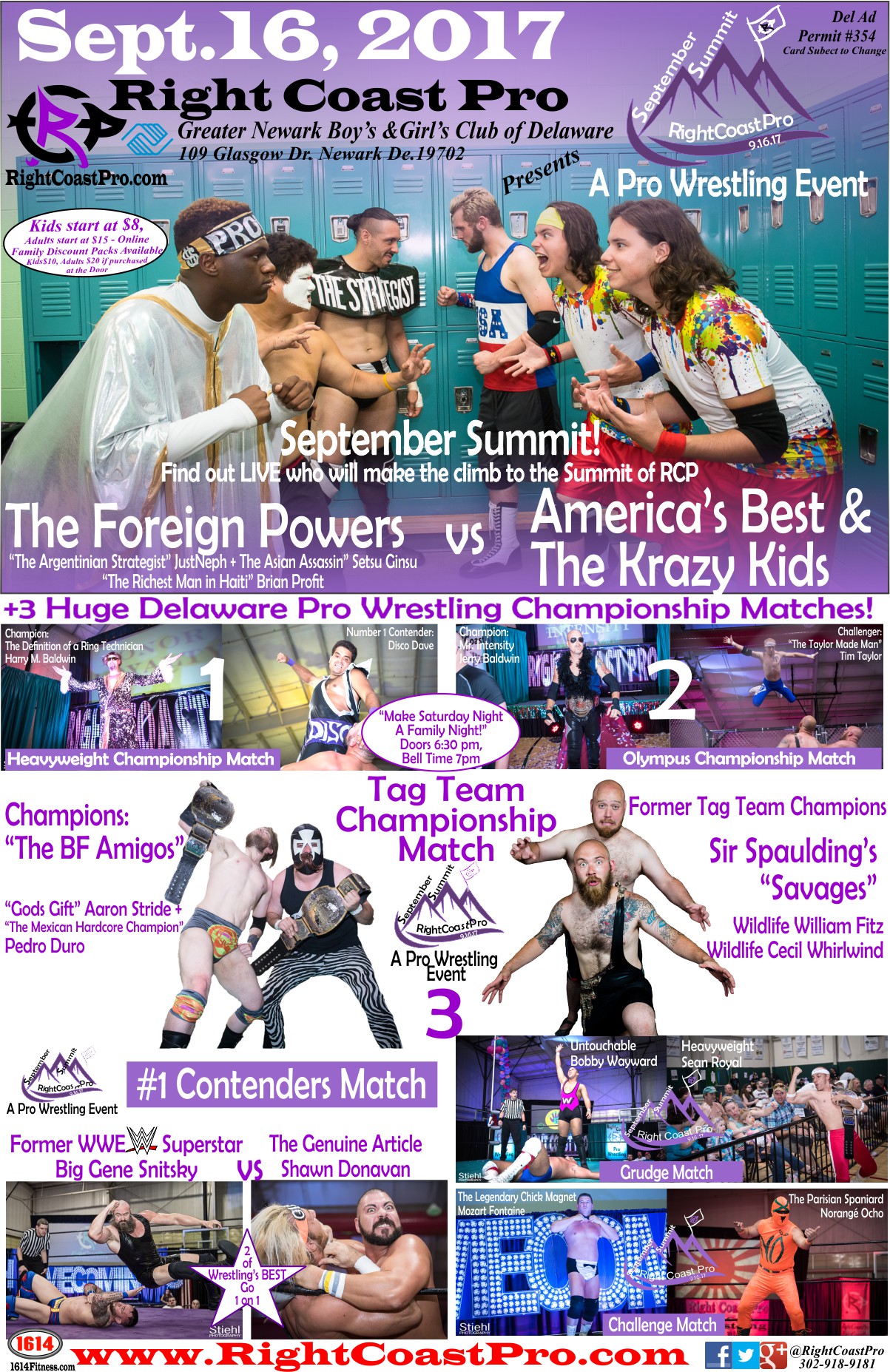 Join us at RightCoastPro on September 16th at the Greater Newark Boys & Girls Club in Newark, Delaware as we kick off the fall season of family-friendly Professional Wrestling in Delaware with “September Summit”!

September 16th is stacking up to be an action-packed event with these match-ups signed so far: 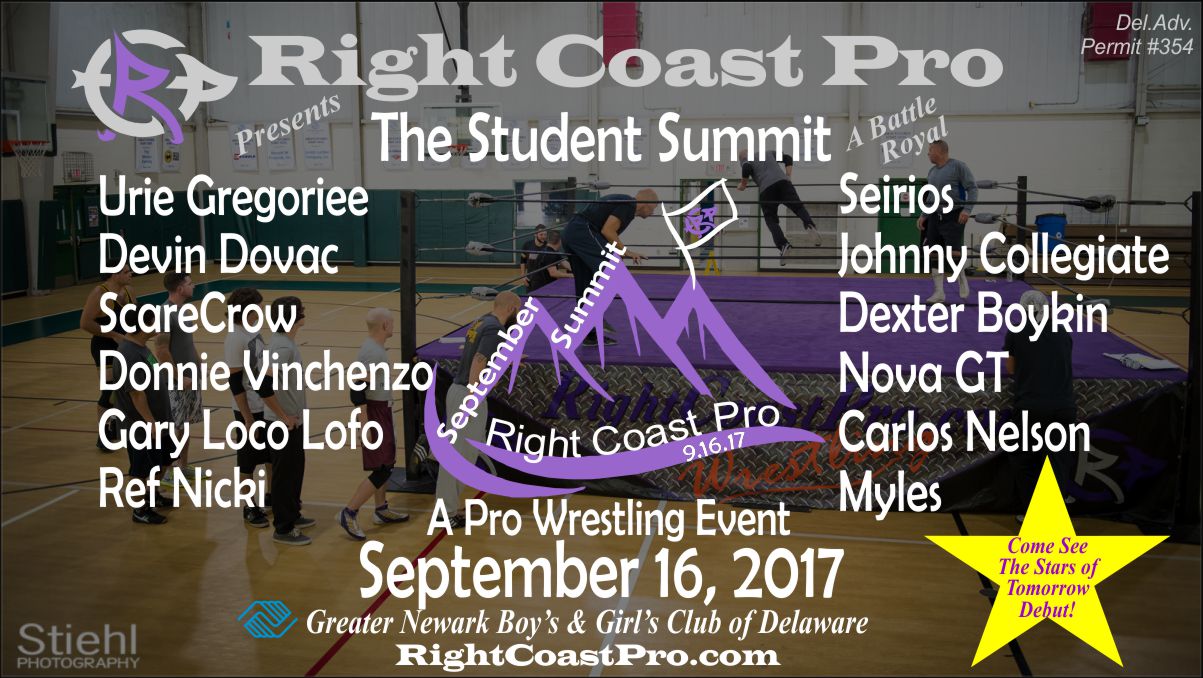 • RCP Olympus Champion “Mr. Intensity” Jerry Baldwin defends his title for the second time. Challenger “Taylor Made” Tim Taylor – former Tag Team Champ – has stepped up to do battle in hopes of claiming one of the company’s top prizes!

• “Big Gene” Snitsky takes on “The Genuine Article” Shawn Donavan in a #1 Contender for the RCP Heavyweight Championship title match where the winner will face the Champion at the next event for the top title in the company! 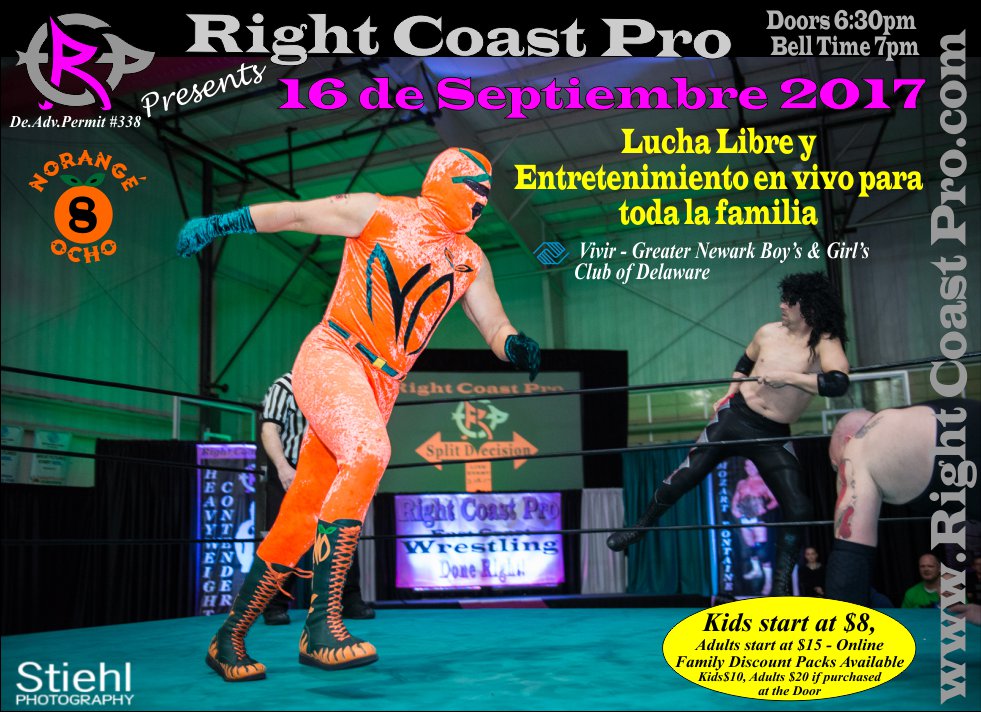 • More action and performers to be announced! RightCoastPro is a community based high-energy, professionally produced pro-wrestling event at an affordable price right in your neighborhood! RightCoastPro features a night of family friendly fun with great pro wrestling action,

And Mascot Coastee of the the Mascot Brigade! 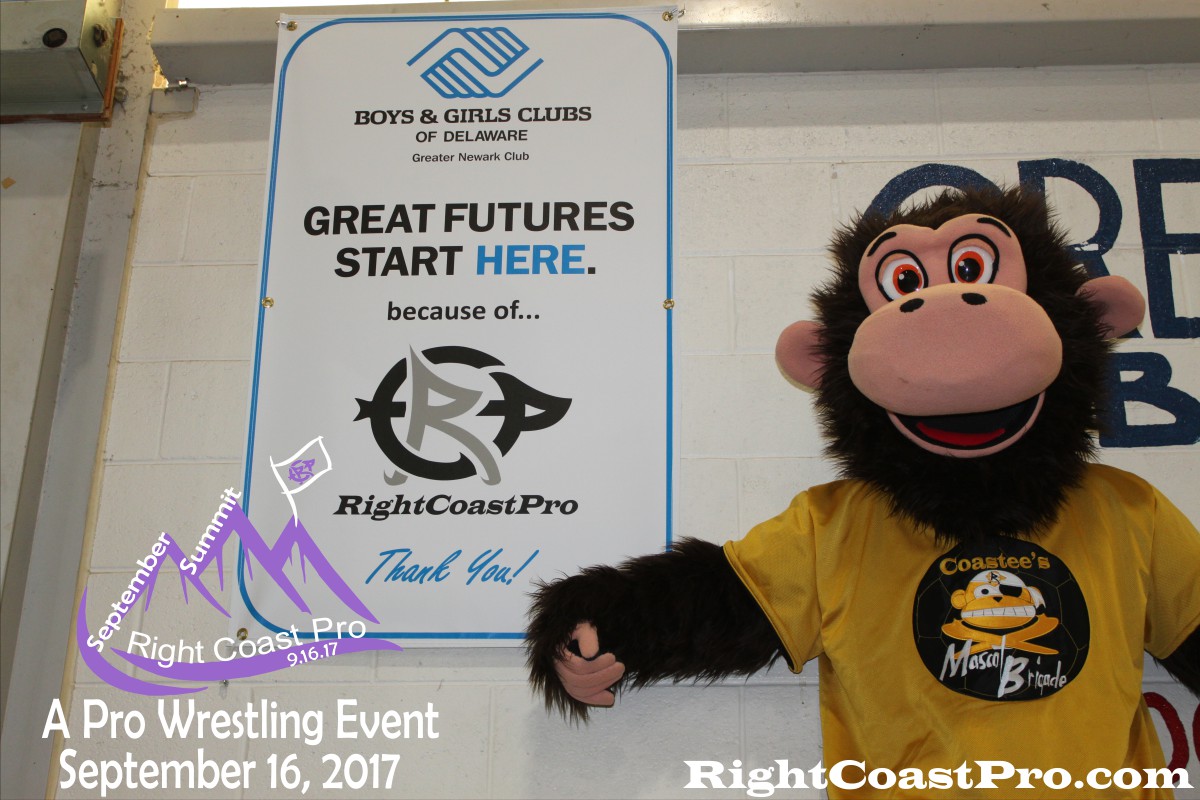 ADVANCED TICKET PURCHASE HIGHLY RECOMMENDED: $15 - $20 Adults/$8 Kids All Tickets will be $20 at the door! Tickets, information and details are available at our webpage: www.RightCoastPro.com