Saturday December 9th Right Coast Pro Wrestling returns to the Greater Newark Boys and Girls Club of Delaware for a night of Family Friendly Professional Wrestling and Entertainment featuring its famous ‘Strange Happenings’ event. Strange Happenings is one of RCP’s most entertaining and fun events of the year, as all the matches feature an ‘unusual’ or ‘strange’ stipulations attached. For Tickets Click Here

This one may just get messy, the table will be set, the contestants seated, and then who knows what will happen after the Dinner Bell is rung. Tag Team Championship Match - Dining Hall Brawl featuring The Krazy Kids vs The BF Amigos.

Its a 4 on the Floor Fast and Furious Challenge Match featuring The energetic Aesthetic Males vs The Diabolical Baldwin Brothers! This match will be a wild ride!

Is Myles Millennium the real deal, or has he just manage to 'catch lightning in a bottle' to remain undefeated in Right Coast Pro? December 9th we find out as he will face Olympus Champion 'Heavyweight' Sean Royal in a 'Lightning Rod' Match. This one will be ELECTRIC!

The wheel will spin, a move designated, and the first competitor to successfully execute the move on the other gets a $5000 bonus, In the spirit of competition The Richest Man in Haiti Brian Profit challenged America's Best with a side waver, If Colton can both execute the Move of the Night and gain the pin fall victory he will double the pot. The Question is will Colton Match Profit's "wager"? December 9th we find out live.

We know NovaGT is tough but is he Tokyo tough? On 12-09-17 we will find out as he goes against one of RCP's most feared opponents, The Asian Assassin Setsu Ginsu.

And it is a NEW Segment Dexter's Pro Wrestling Lab brought to you by one of the RCP Developmental Students and Backstage Producers, Dexter Boykin. His first guest is none other than the Parisian Spaniard Luchador Norange Ocho!

And yes there is more to be announced, stay tuned.

Of course an appearance from everyones favorite Monkey Mascot, Coastee of the Mascot Brigade and Dexter Boykin. 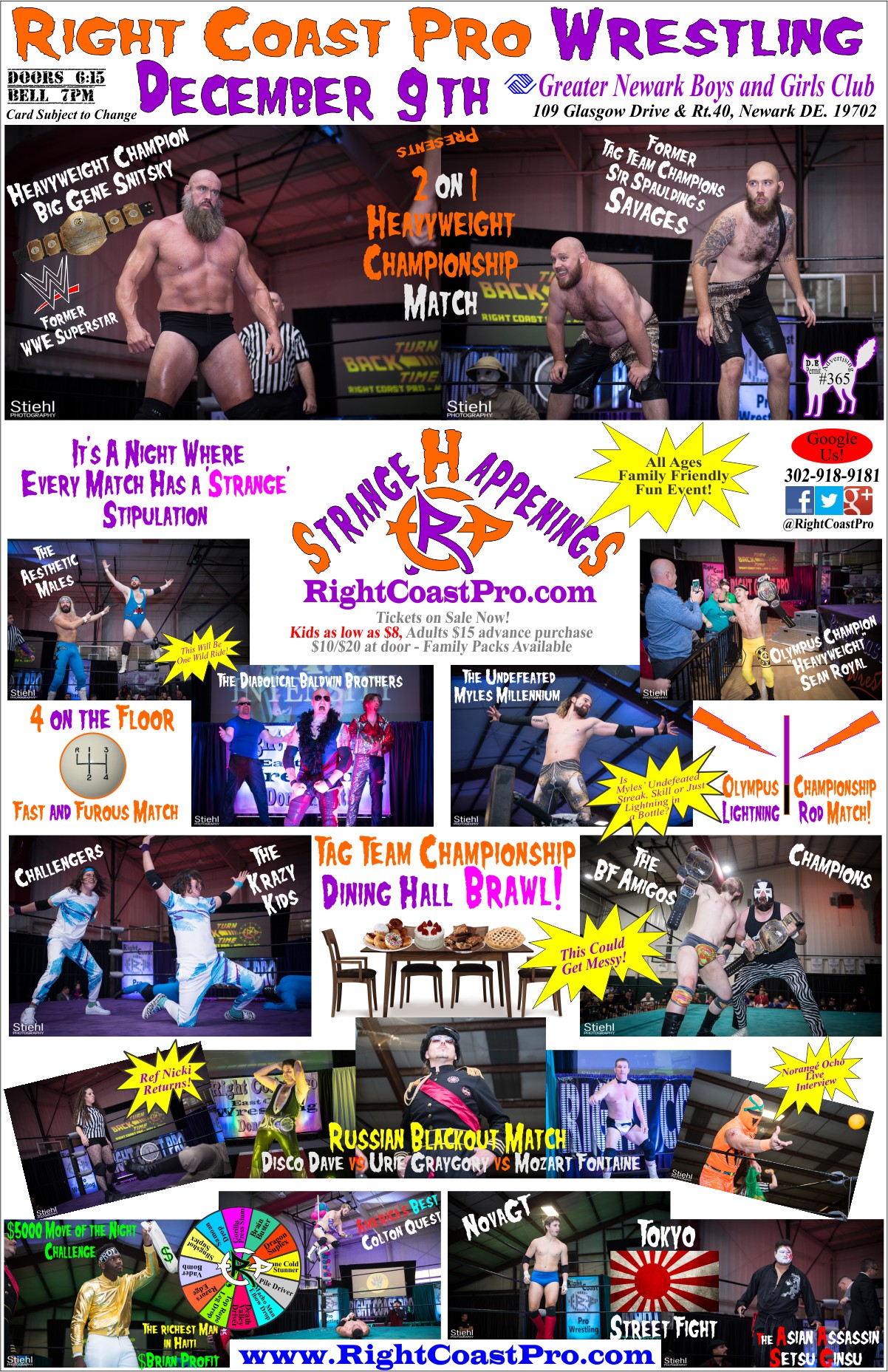