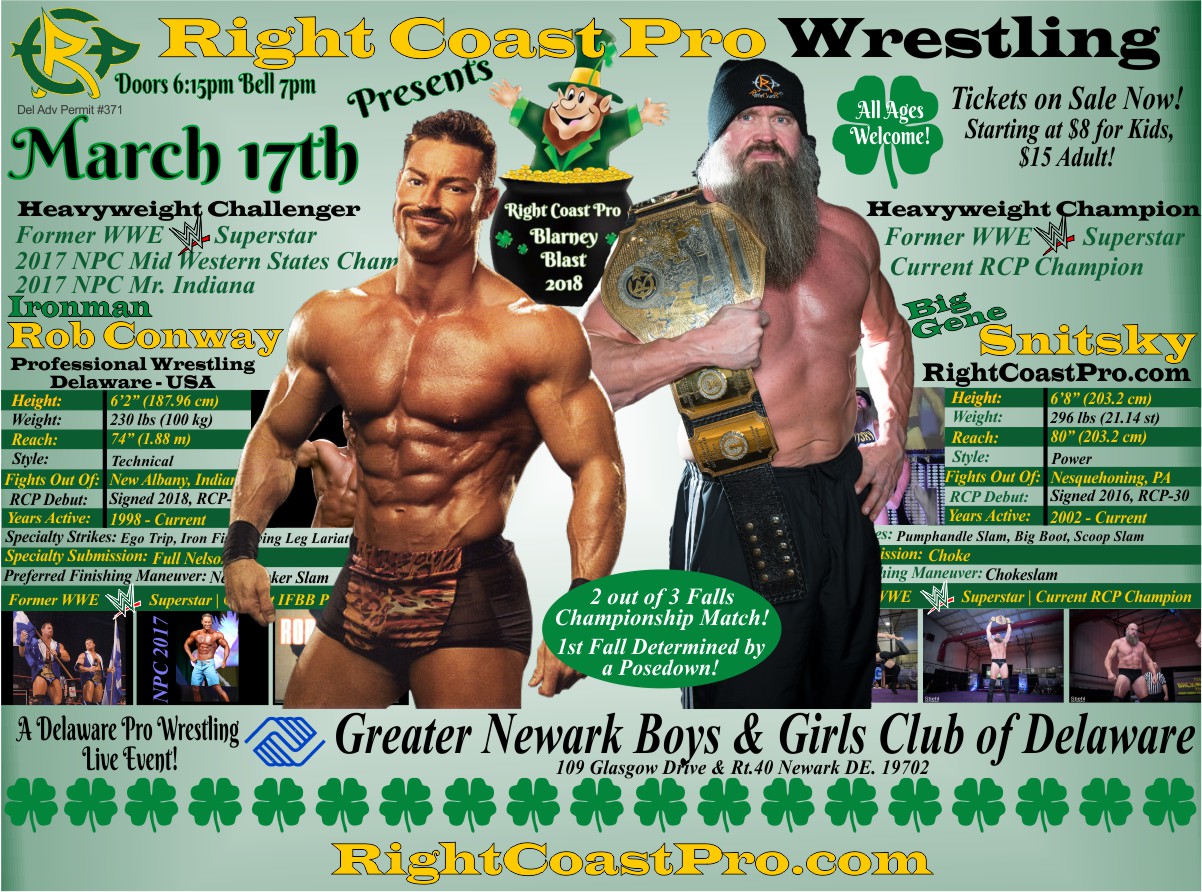 RCP Heavyweight Champion Big Gene Snitsky faces one of his most challenging matches ever as Ironman Rob Conway comes to Right Coast Pro and faces its Champion in a 2 out of 3 Falls Match.

What makes this such a huge challenge for Snitsky?

The first pin-fall will be decided by a posedown, and Rob Conway is the 2017 NPC Mid Western States Champion, 2017 NPC Mr. Indiana and has been immortalized in WWE’s Top 10 best Abs of all time list!

Big Gene Snitsky has some work to do leading up to March 17th if he hopes to continue holding RCP’s beautiful 24lb Heavyweight Championship Belt.

This will be no body building pose-down, nor will it be an overly technical match as the power house known as Mr. Intensity Jerry Baldwin faces the street tough Nova GT who grew up brawling on the streets and now does it legally in the ring at RCP.

What an Olympus Championship Match-Up! Heavyweight Sean Royal vs The Argentinian Strategist JustNeph

8-0 for Myles Millennium? He will need the luck of the Irish to keep his undefeated streak going against the massive Beefcake!

The Definition of a Ring Technician Harry M Baldwin vs Seirios

Dexter's Lab returns and his guest is none other than The Mexican Hardcore Champion Pedro Duro....what could happen?

Join us on St. Patrick’s Day March 17th as we present Blarney Blast 2018 a pro wrestling and entertainment event suitable for all ages at the RCP Arena aka The Greater Newark Boys and Girls Club of Delaware.

What: Pro Wrestling and Family Fun!

Card Subject to Change? We it does not, but life happens so Yes.