Fred Rosser III, Mr. No Days Off, a former WWE Superstar (Darren Young) is set to not only appear, but compete for the Right Coast Pro Wrestling Heavyweight Championship currently held by ‘The Richest Man in Haiti’ Brian Profit.

Need to get 'caught up'? Curious how Brian Profit became the RCP Heavyweight Champion? Check out the highlights from our May Event. 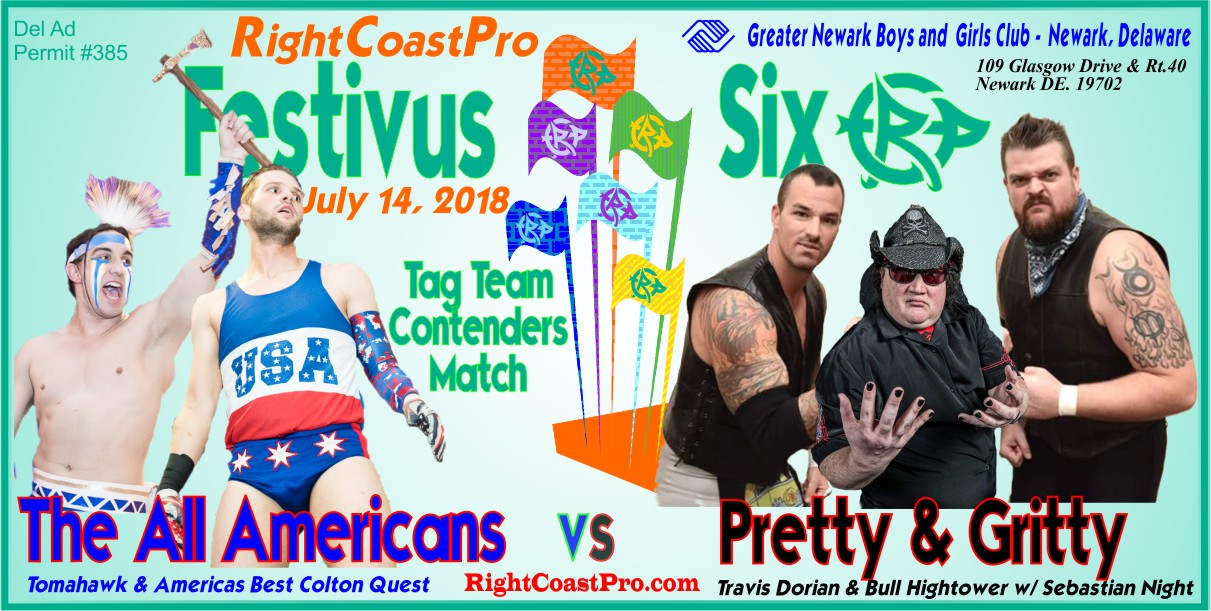 It's a Baldwin Brother Family Fued! The Definition of a Ring Technician Harry M Baldwin vs his brother Mr. Intensity Jerry Baldwin in a No Holds Barred Match Live!

Mr. Intensity Jerry Baldwin has words for his brother Harry Baldwin leading into there long awaited confrontation at Festivus Six. Give it a view! 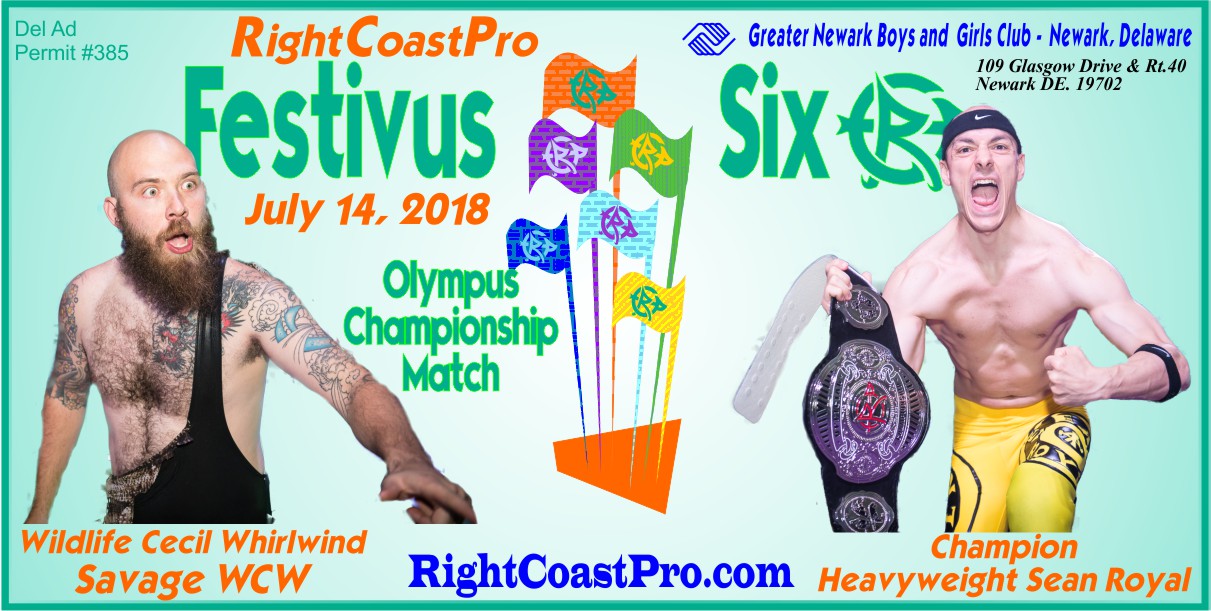 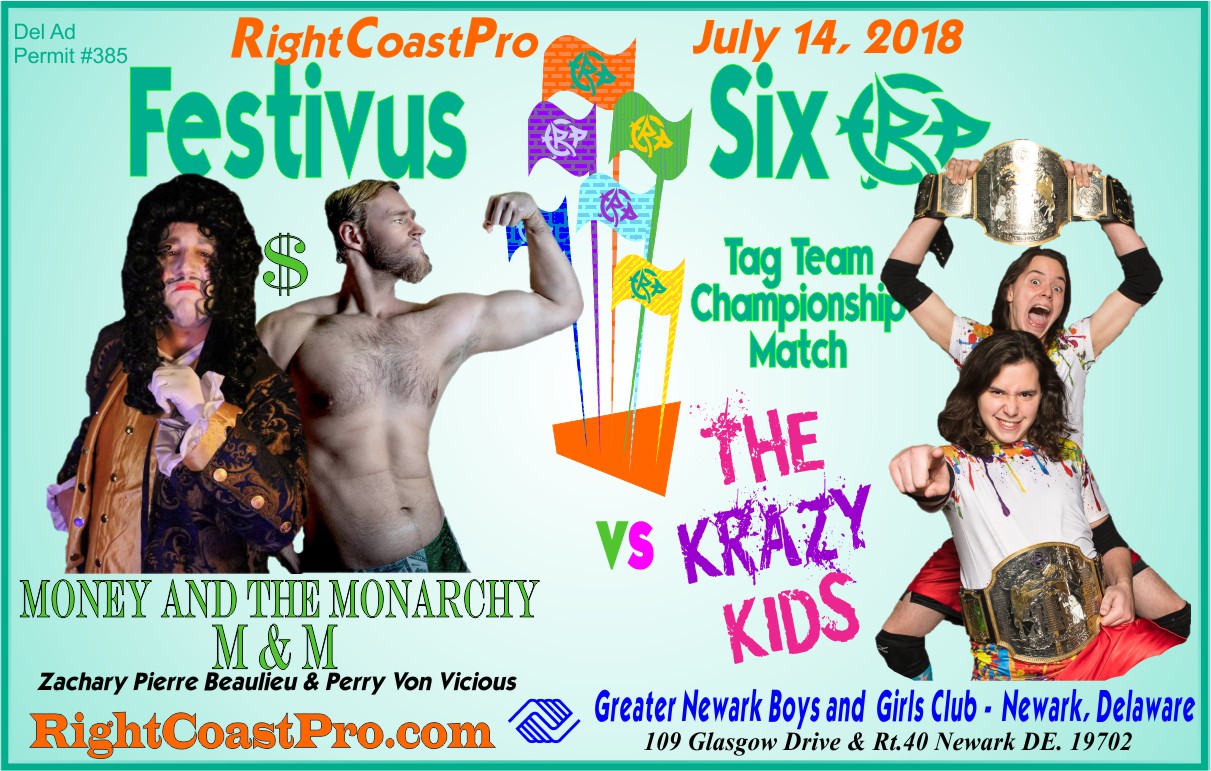 RCP Tag Team Championship Match: Zachary Pierre Beaulieu makes his long awaited return, and with him the resurgence of 'The Monarchy' with new partner Perry Von Vicious. They now deem themselves 'Money & The Monarchy' M&M and have a shot for gold against The Krazy Kids! 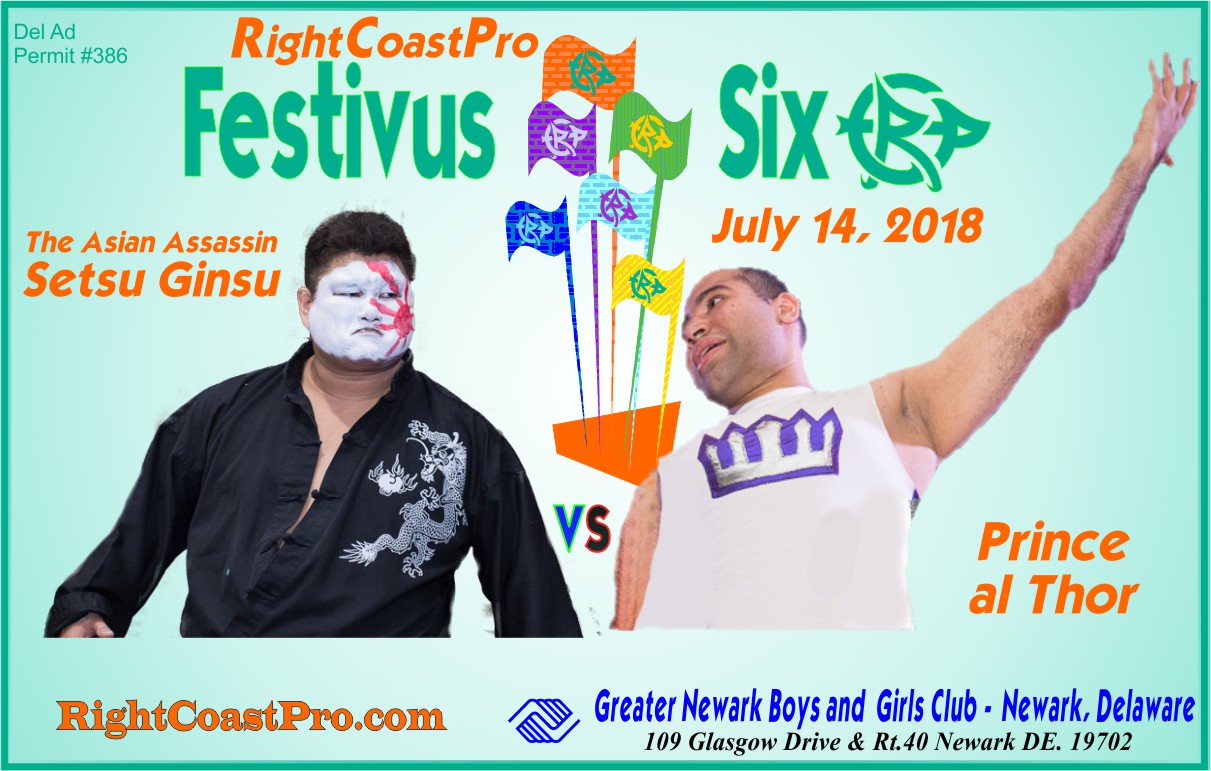 Prince al'Thor made a splash with his RCP Debut at our Impound Event, but now he has to face The Asian Assassin Setsu Ginsu 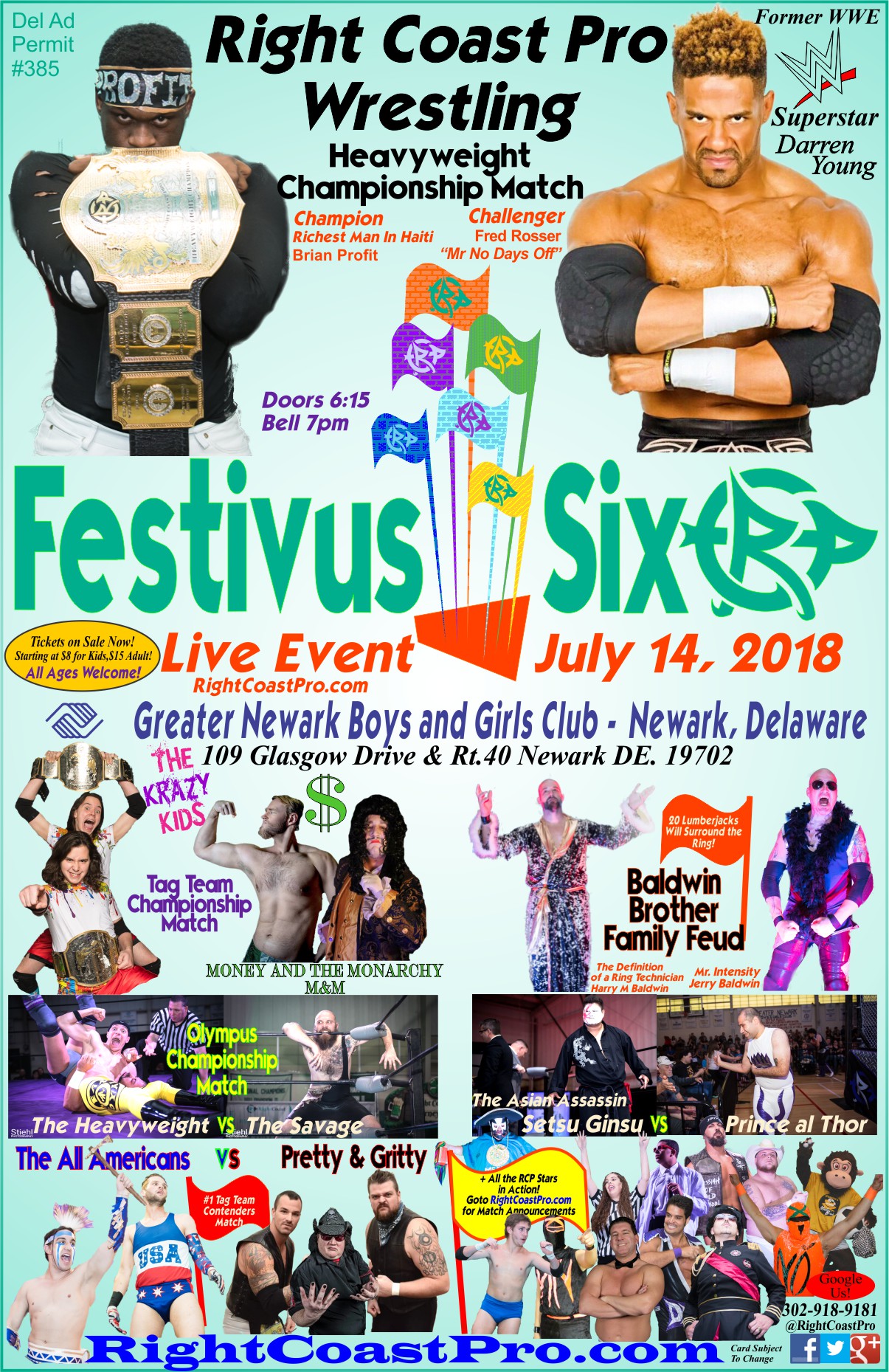 Join Right Coast Pro for its biggest event of the year Festivus Six on July 14th at The Greater Newark Boys and Girls Club of Delaware.

This is an all ages, family friendly entertainment and sporting event. Doors open at 6pm, Bell 7pm Announced Match-Ups: Of course RCP’s Ambassador of Fun, Mascot Coastee and his Mascot Brigade will also be at Festivus Six Check back frequently for more Match Announcements.

Venue: The Greater Newark Boys and Girls Club of Delaware