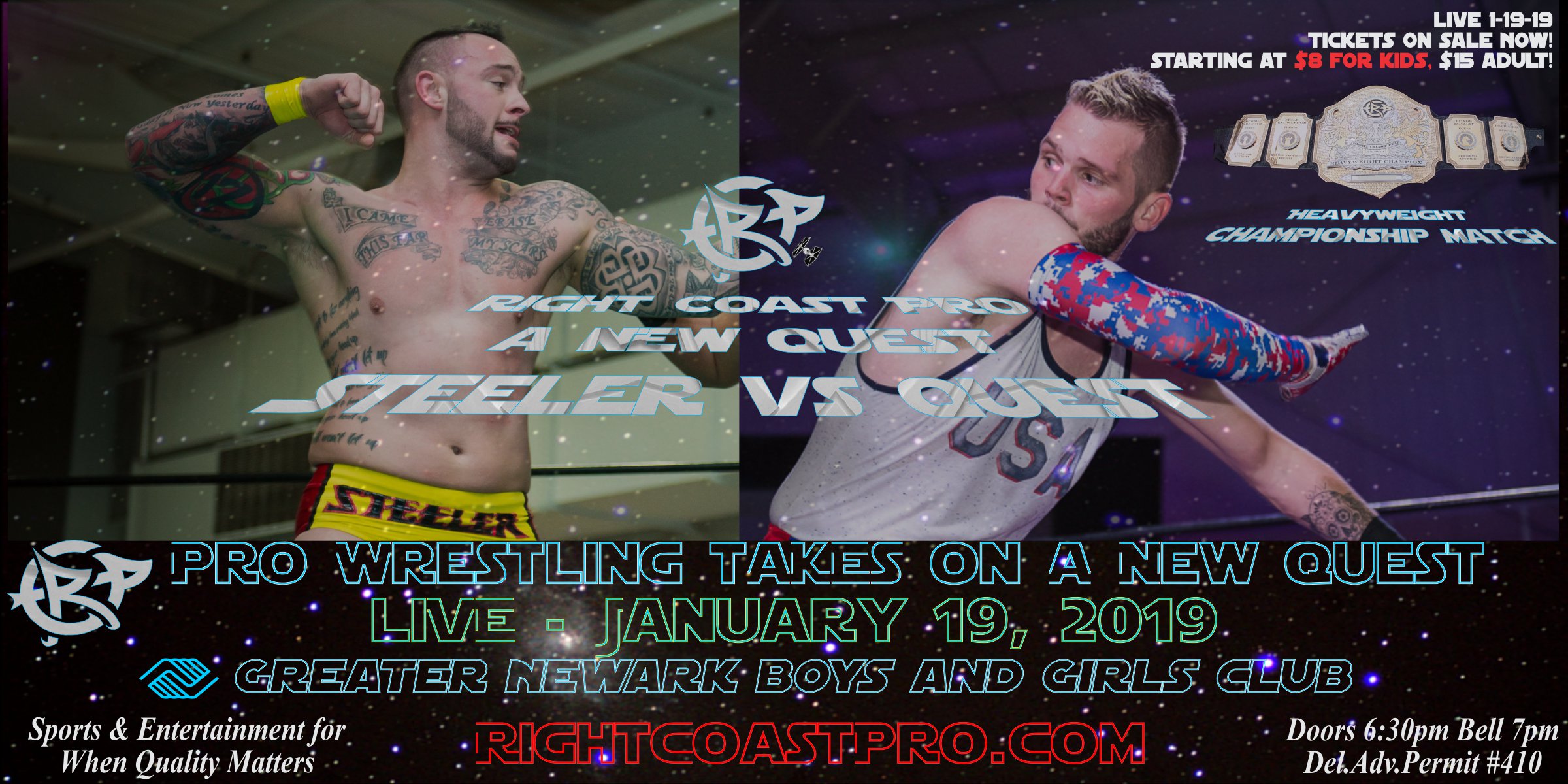 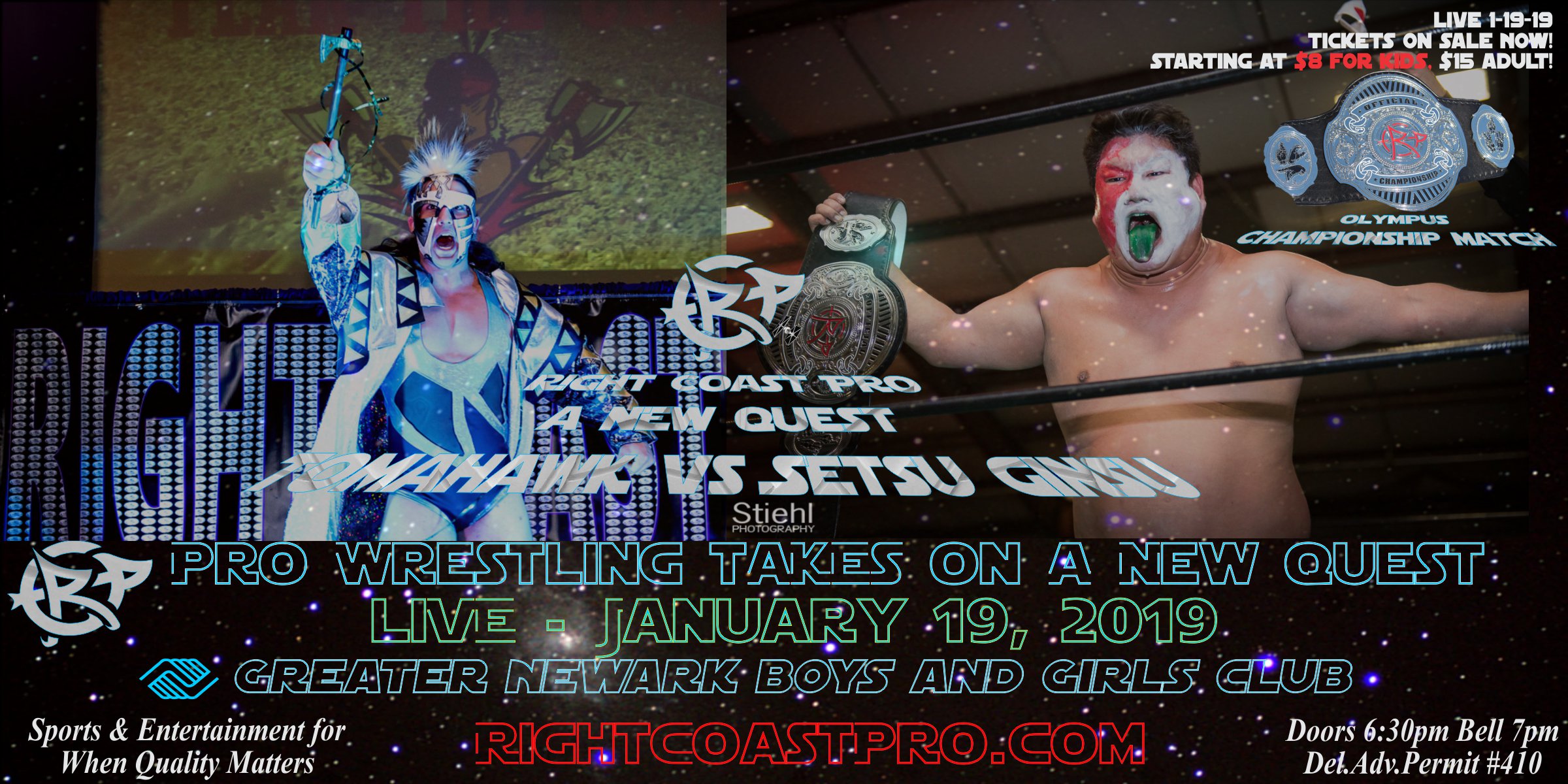 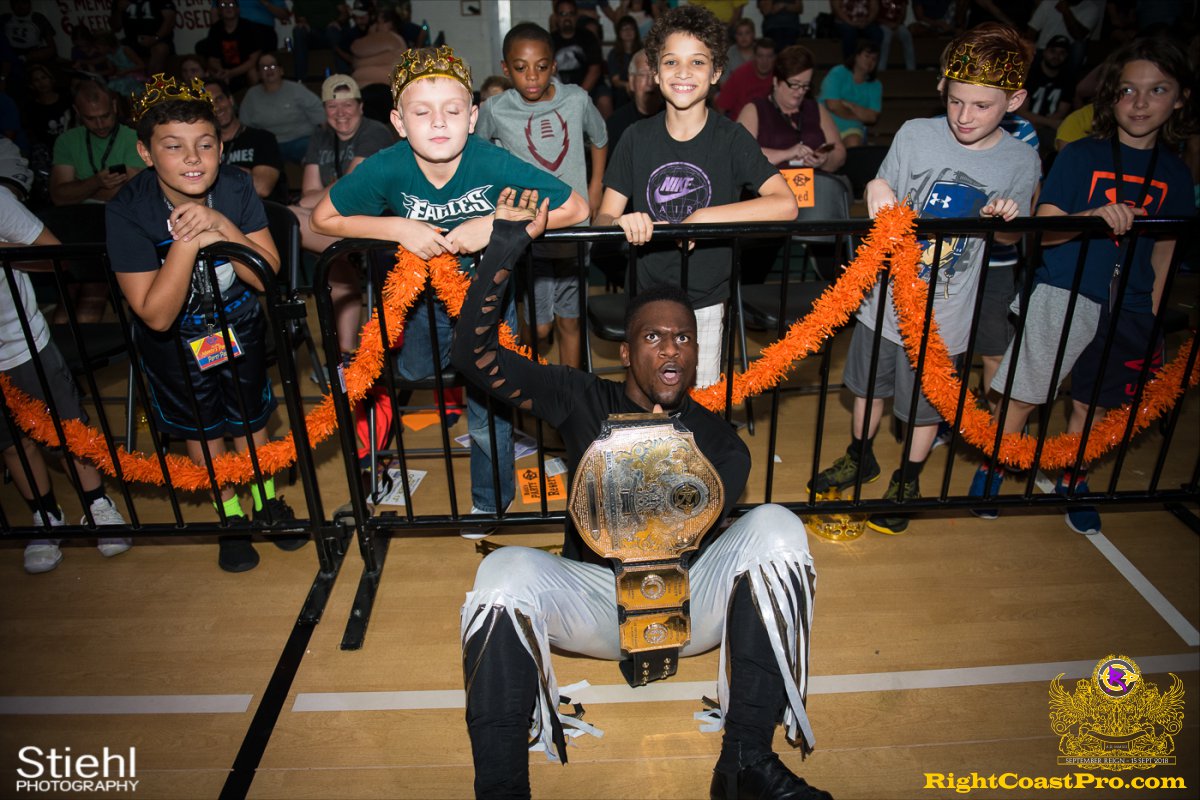 Hope you did not mist this Heavyweight Championship Match! 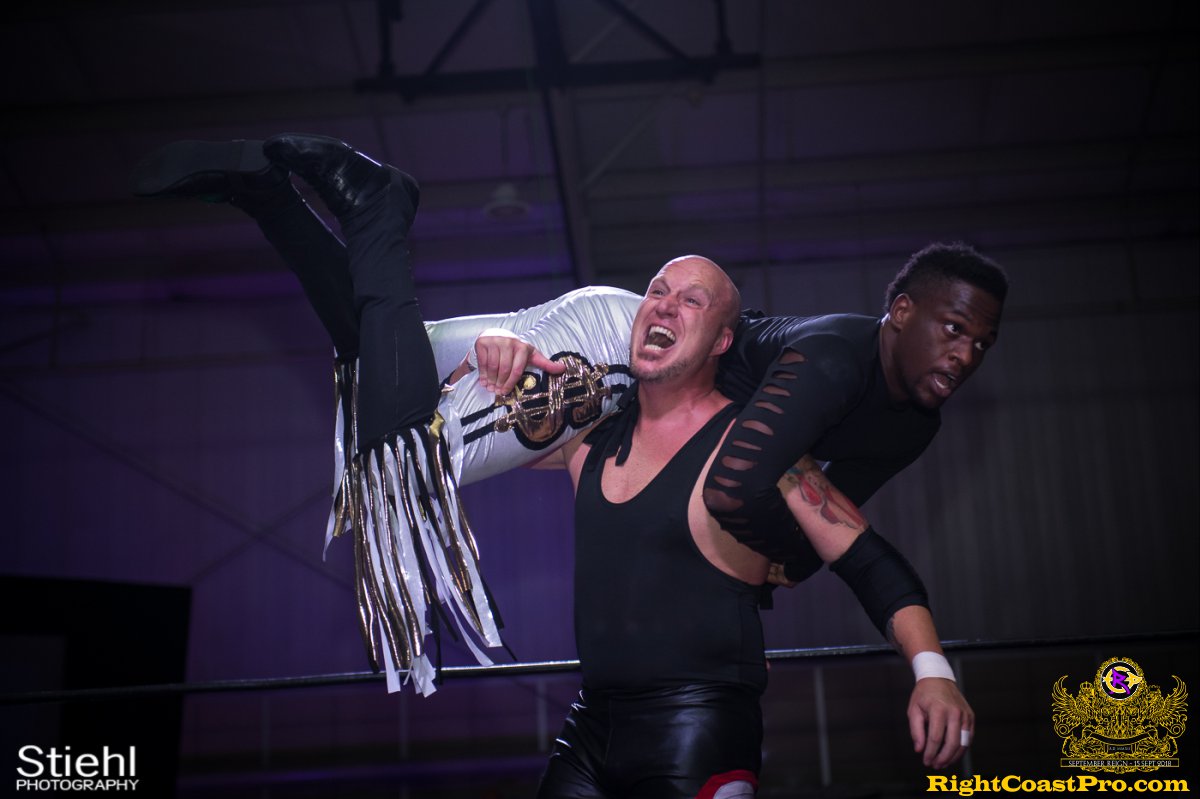 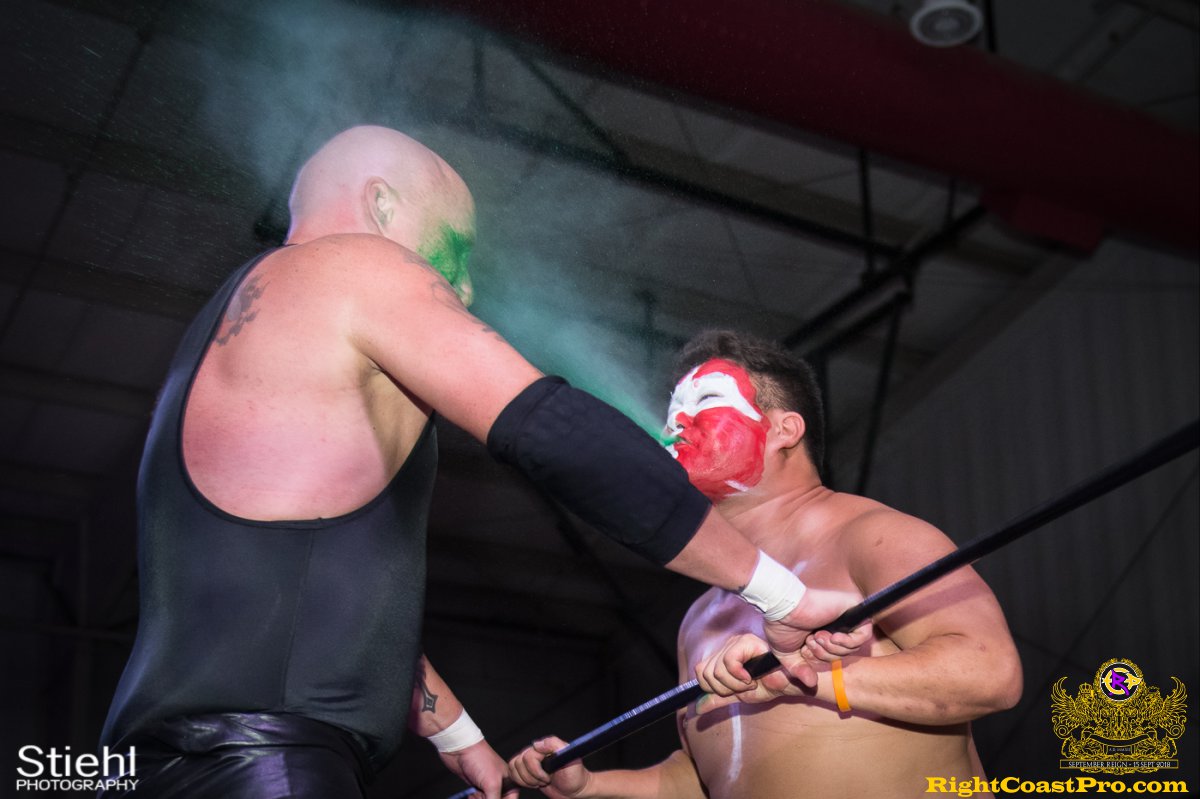 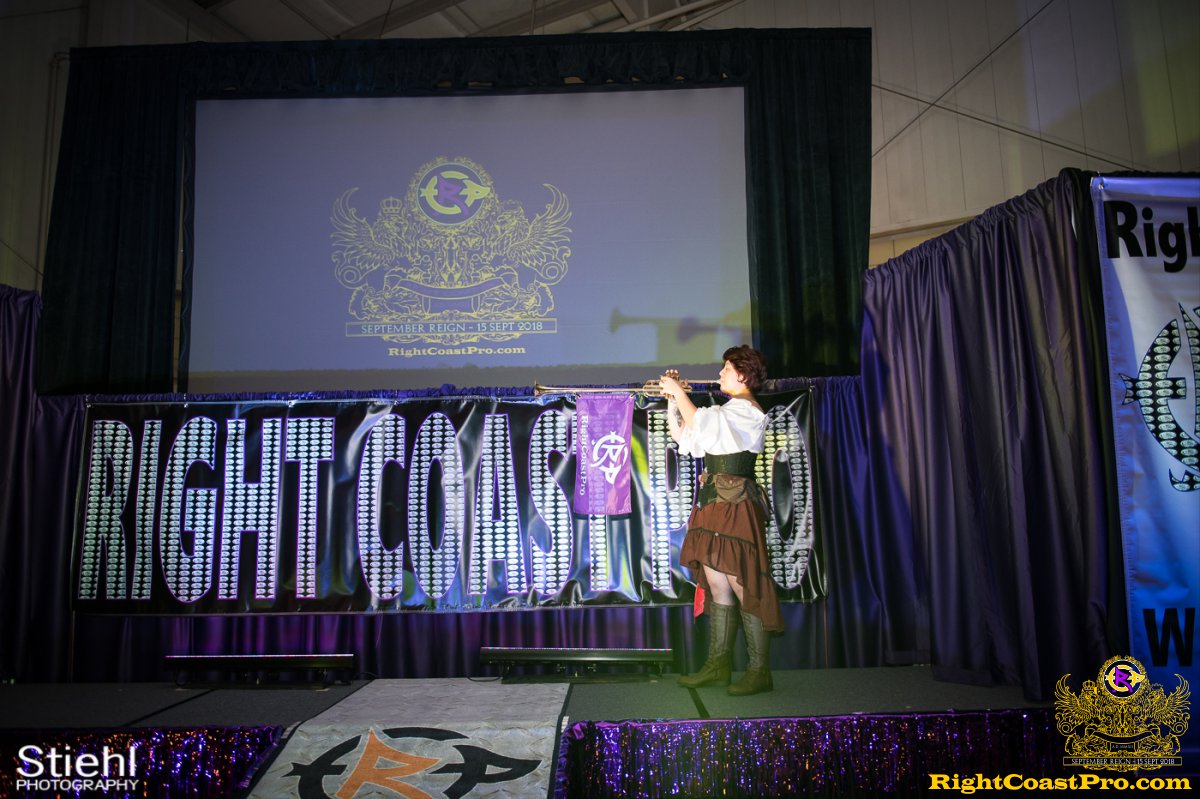 To state that Mr. Intensity Jerry Baldwin was robbed of the Right Coast Pro Heavyweight Championship would be an understatement.

Certainly Jerry Baldwin was the favorite entering the contest against the RCP Heavyweight Champion Brian Profit.

However the one thing Brian Profit does is find a way to win. He beat WWE Superstar Snitsky for the Championship, he successfully defended it against another WWE Superstar ‘Mr. No Days Off’ Fred Rosser and thanks to Clarke Kelly and RCP Olympus Champion Setsu Ginsu he walked away from September Reign again as Heavyweight Champion. 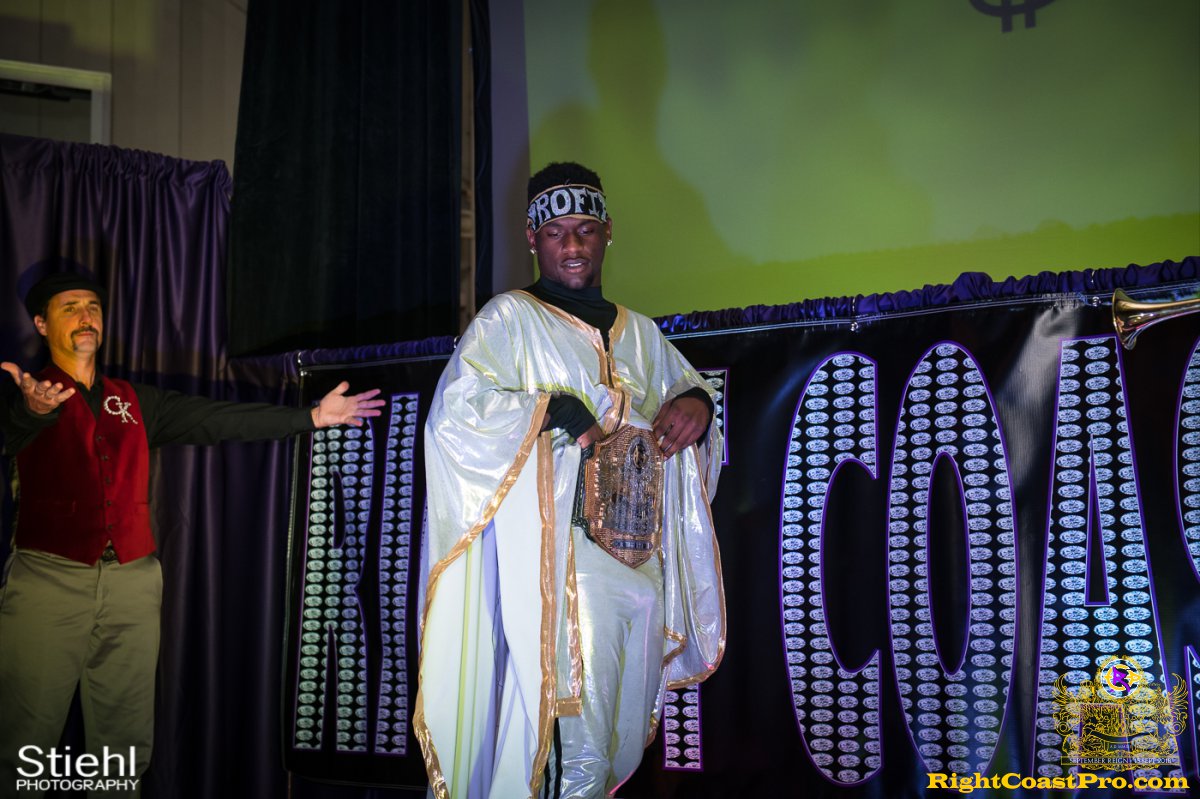 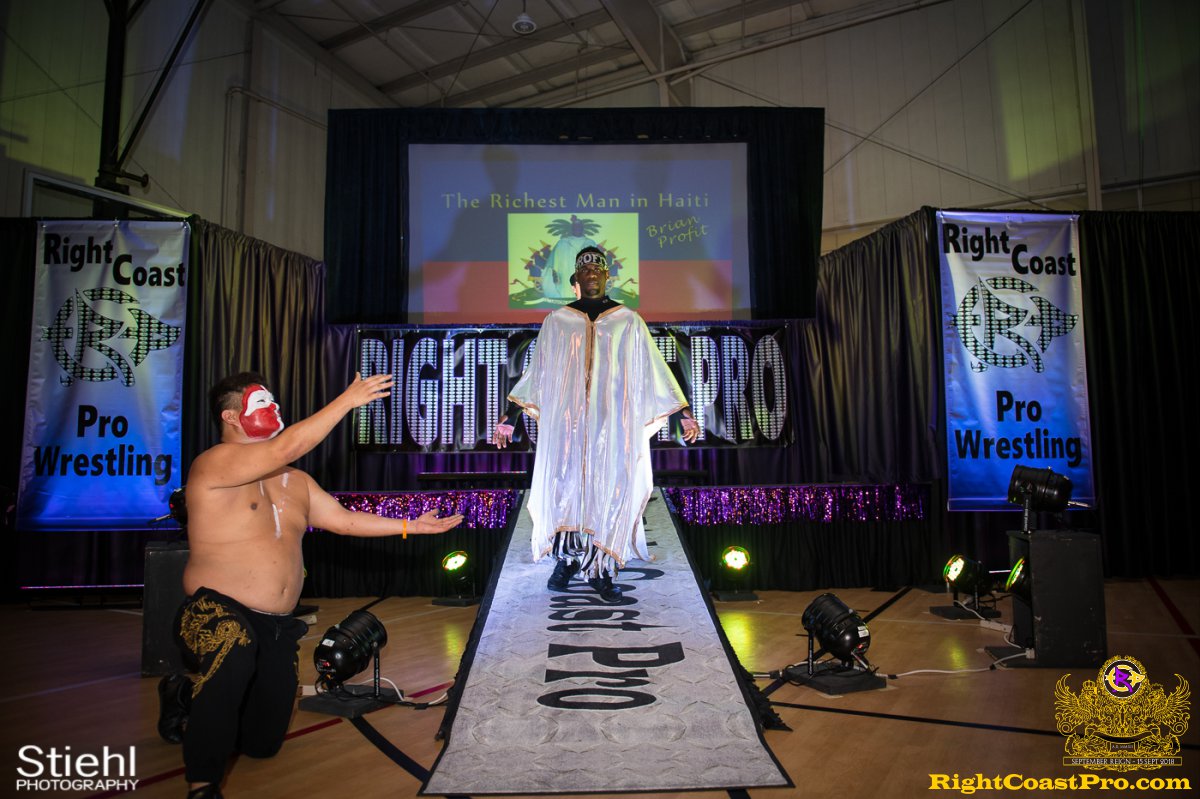 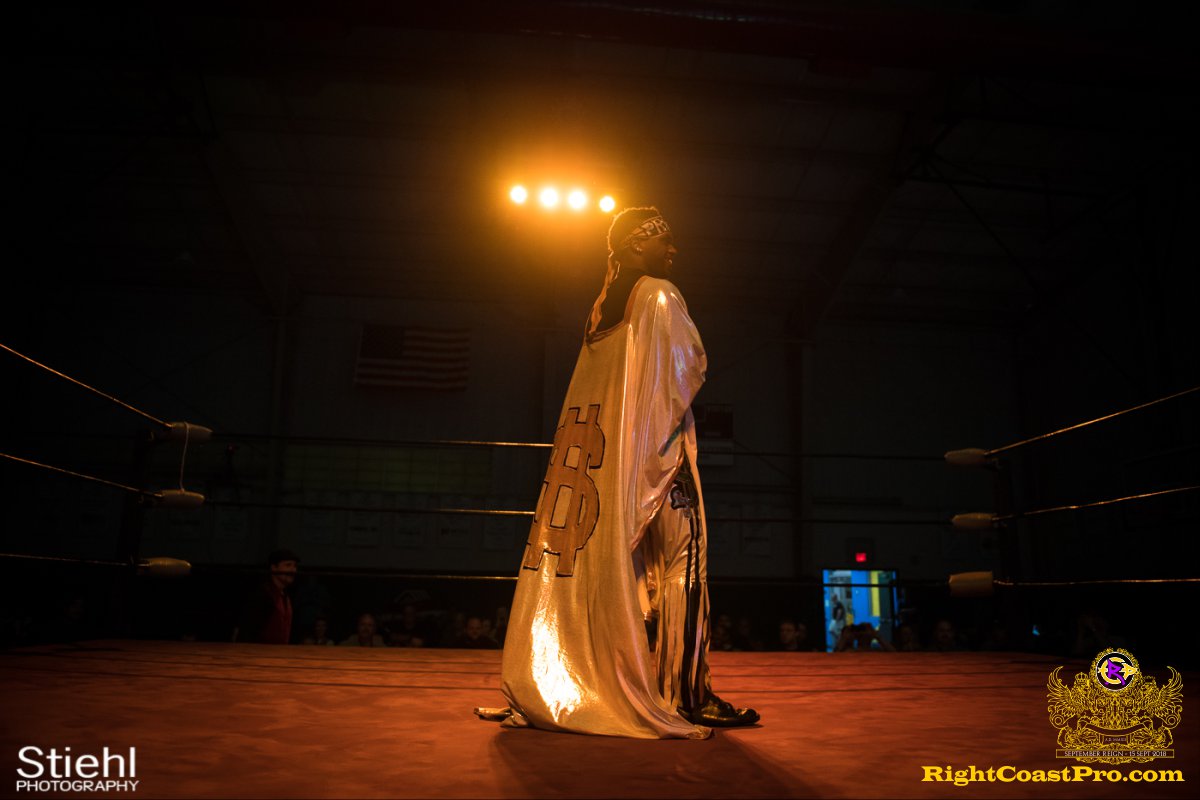 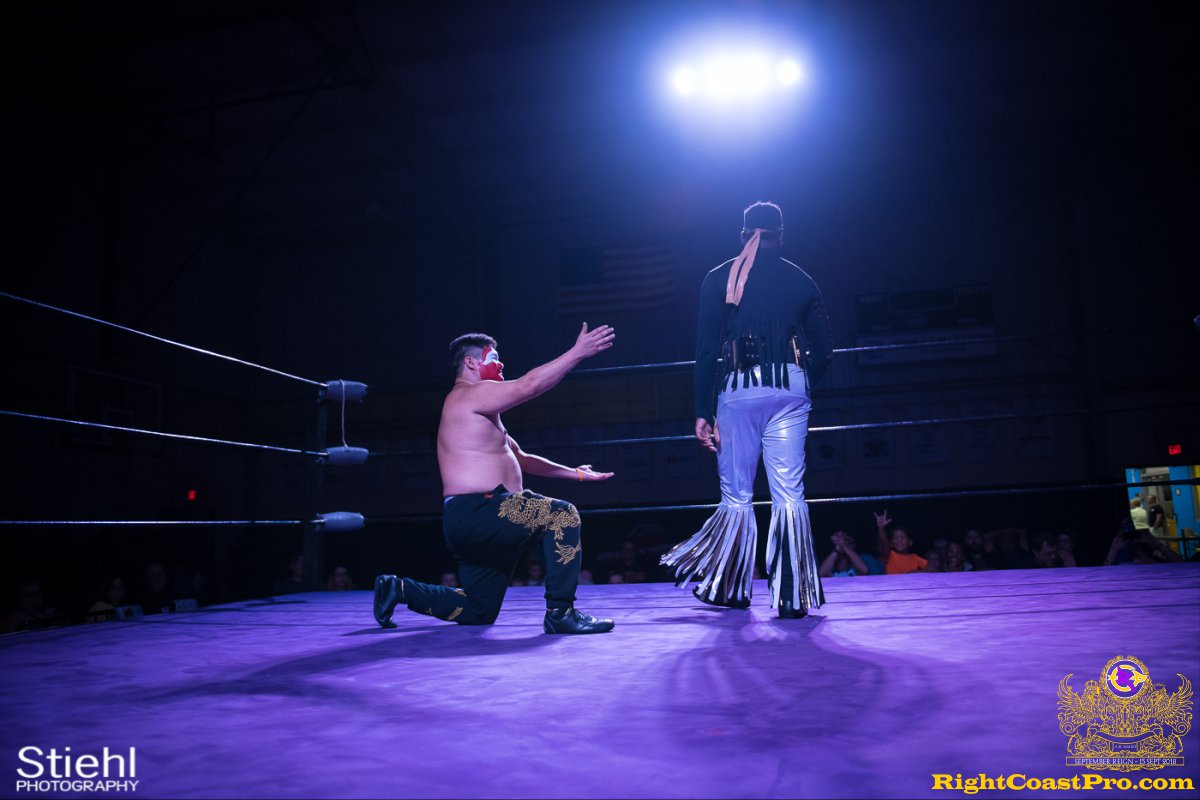 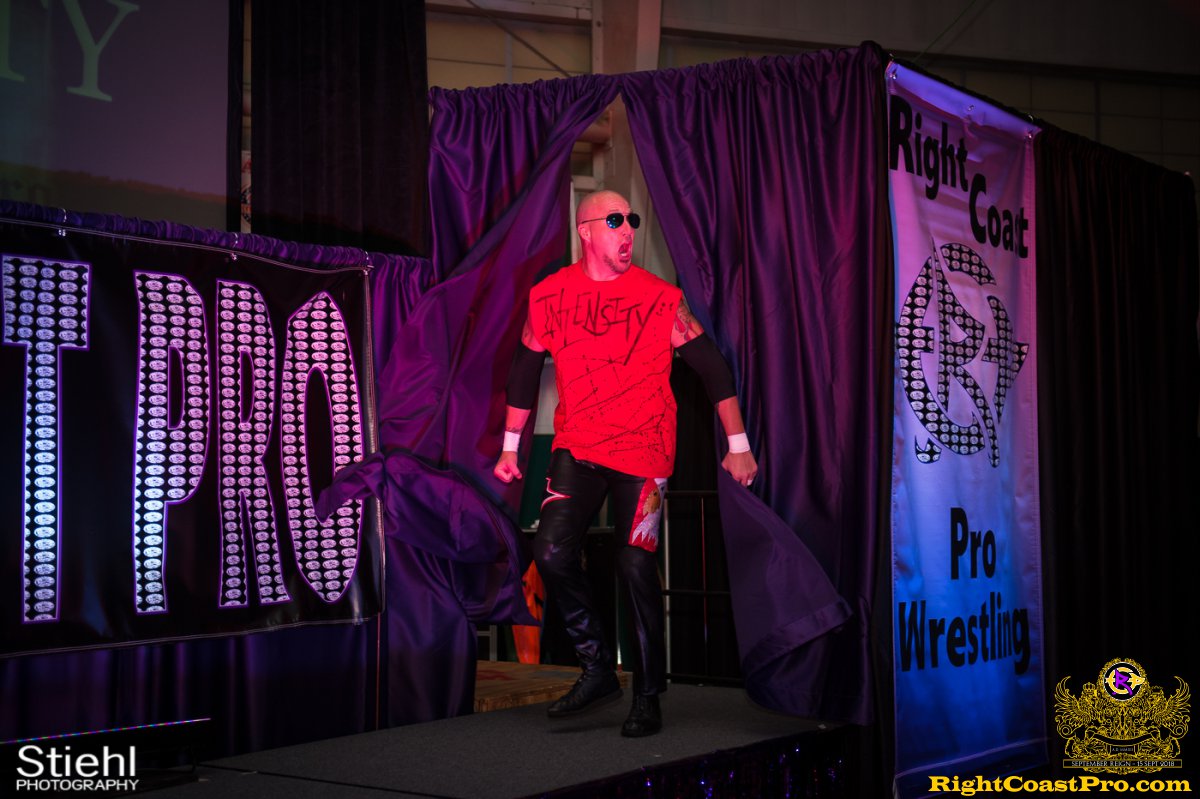 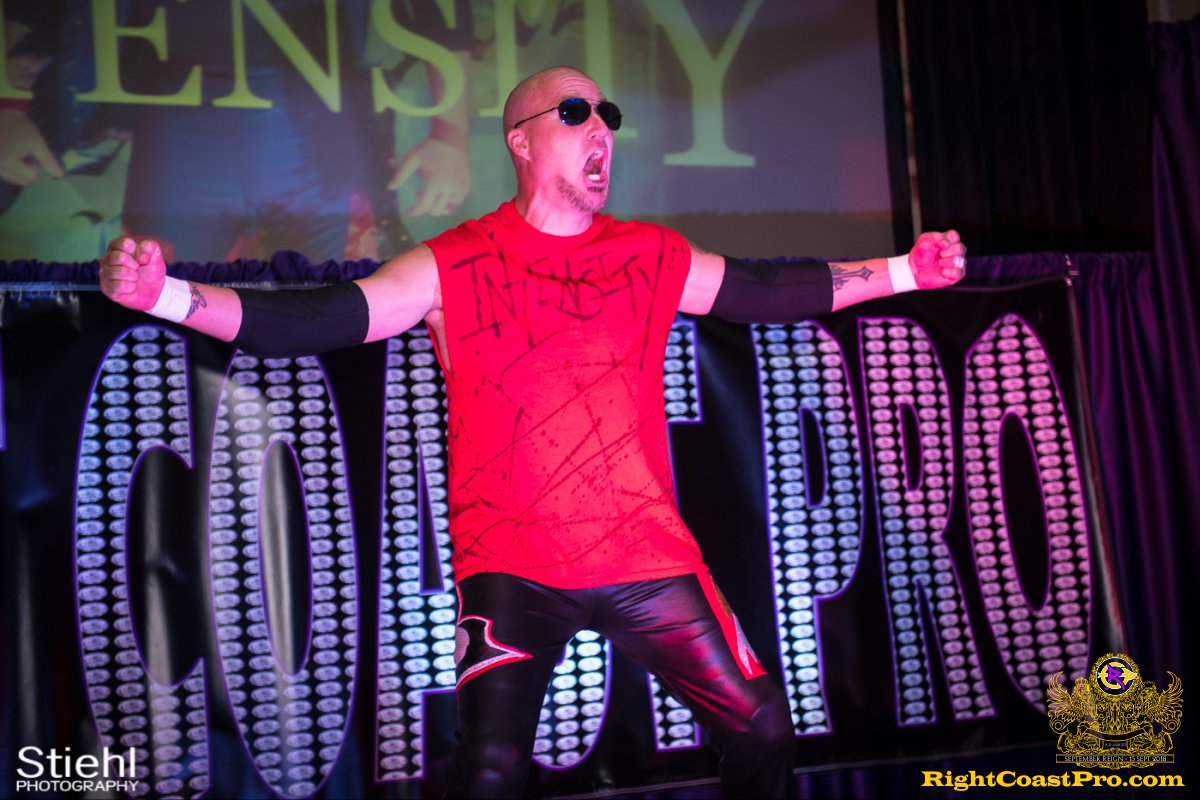 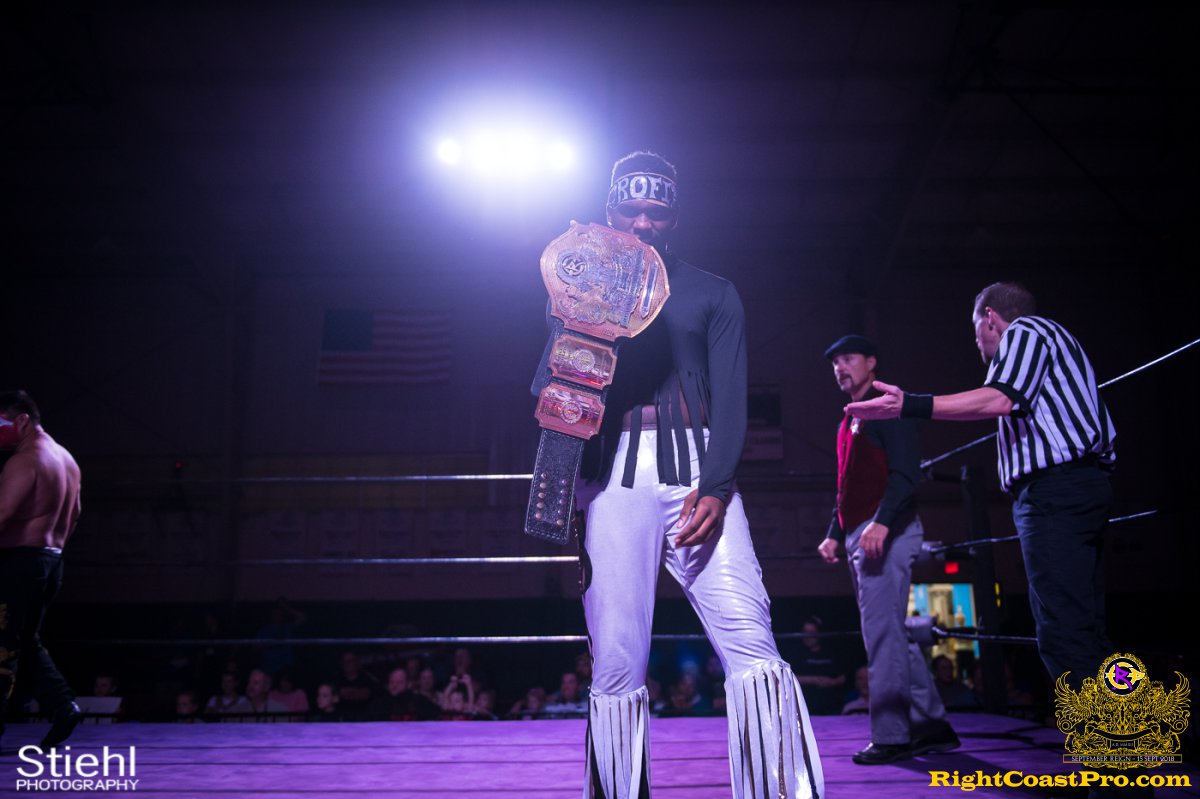 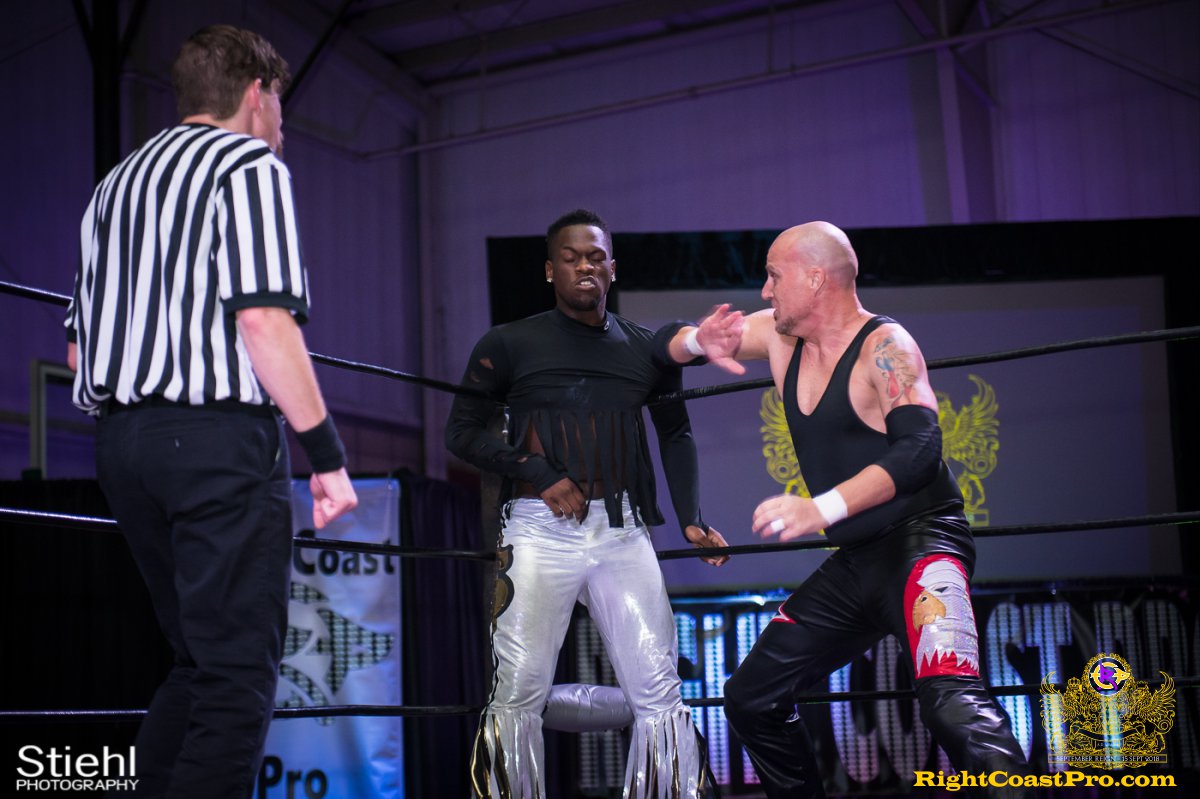 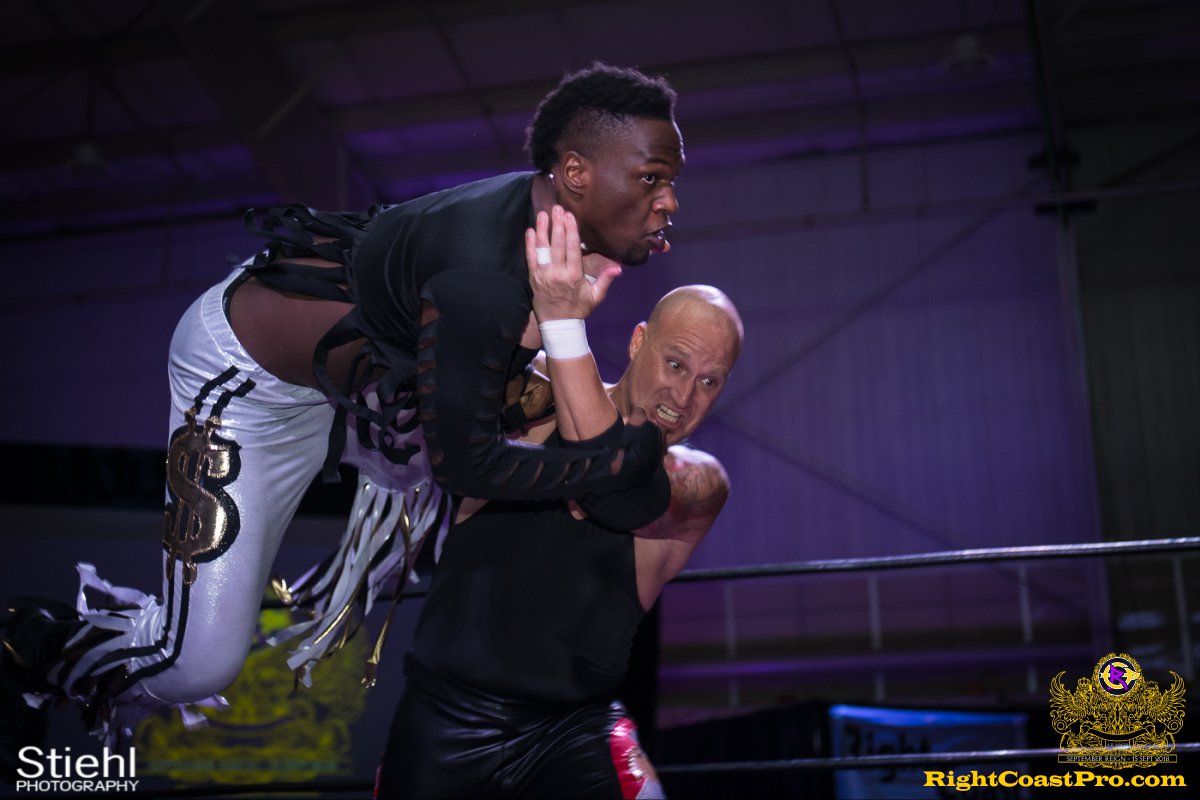 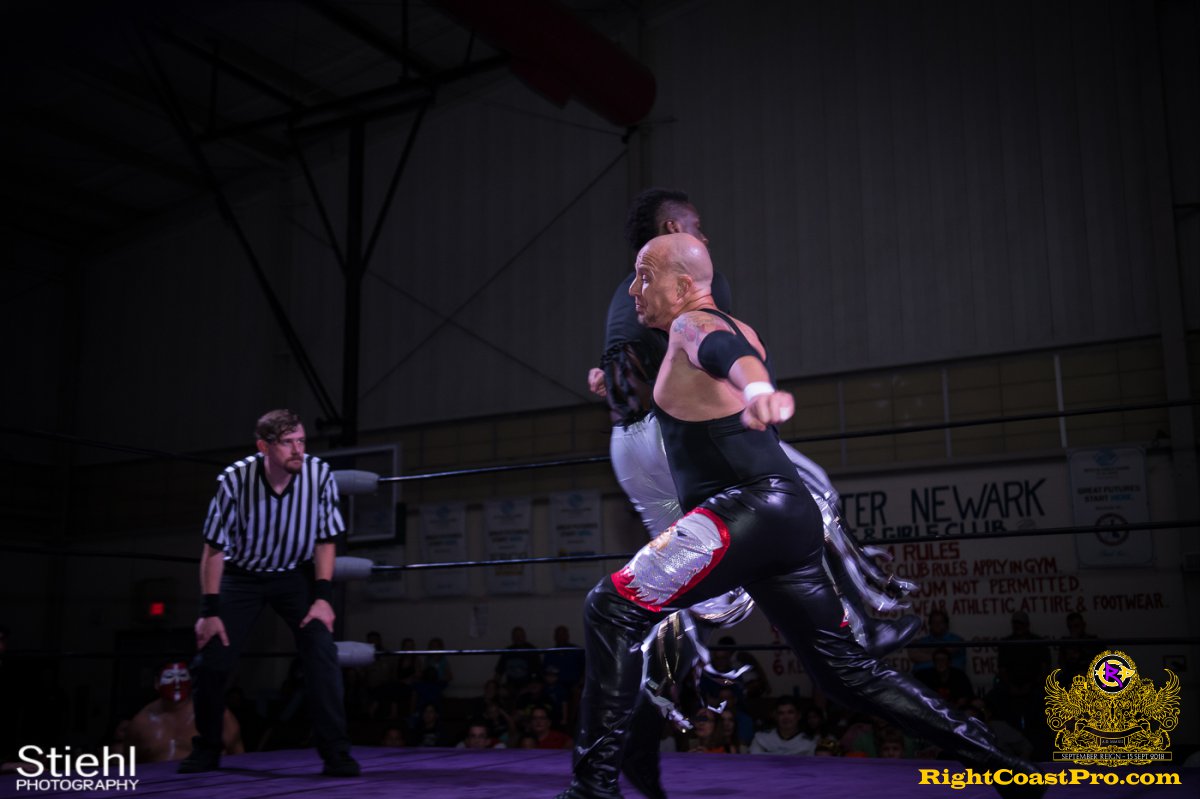 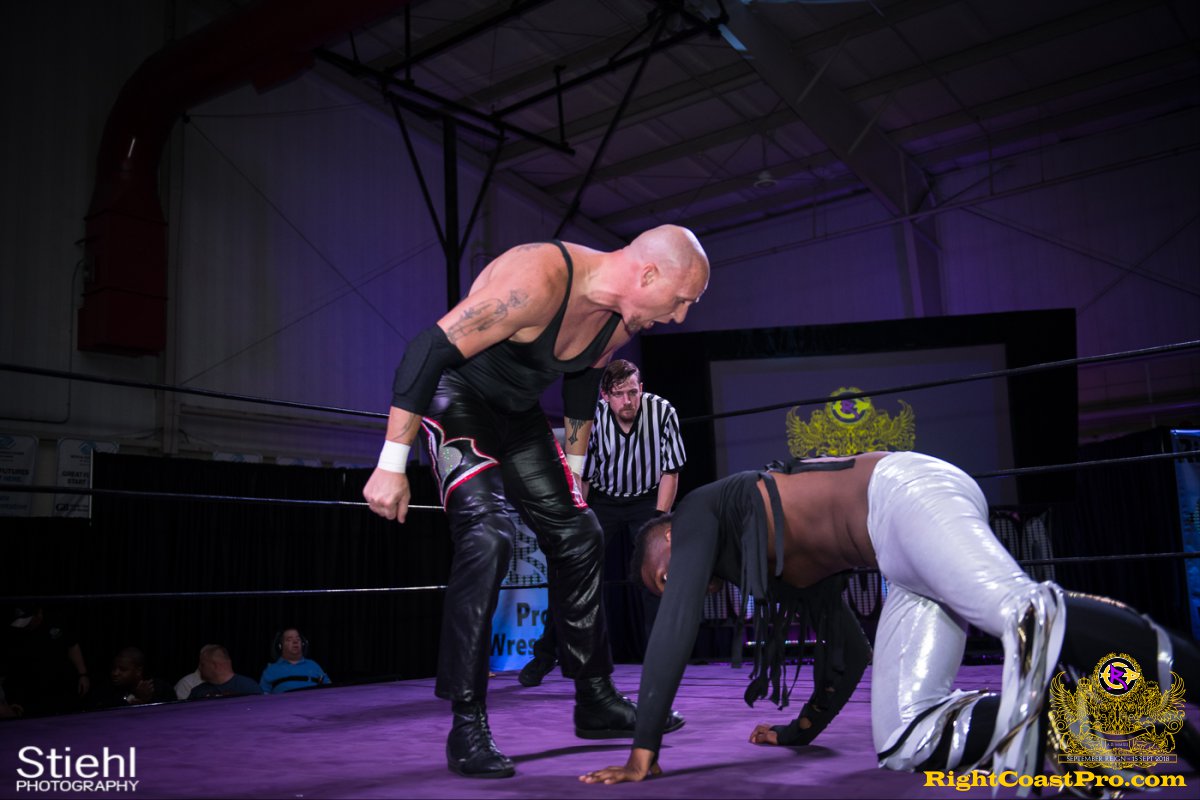 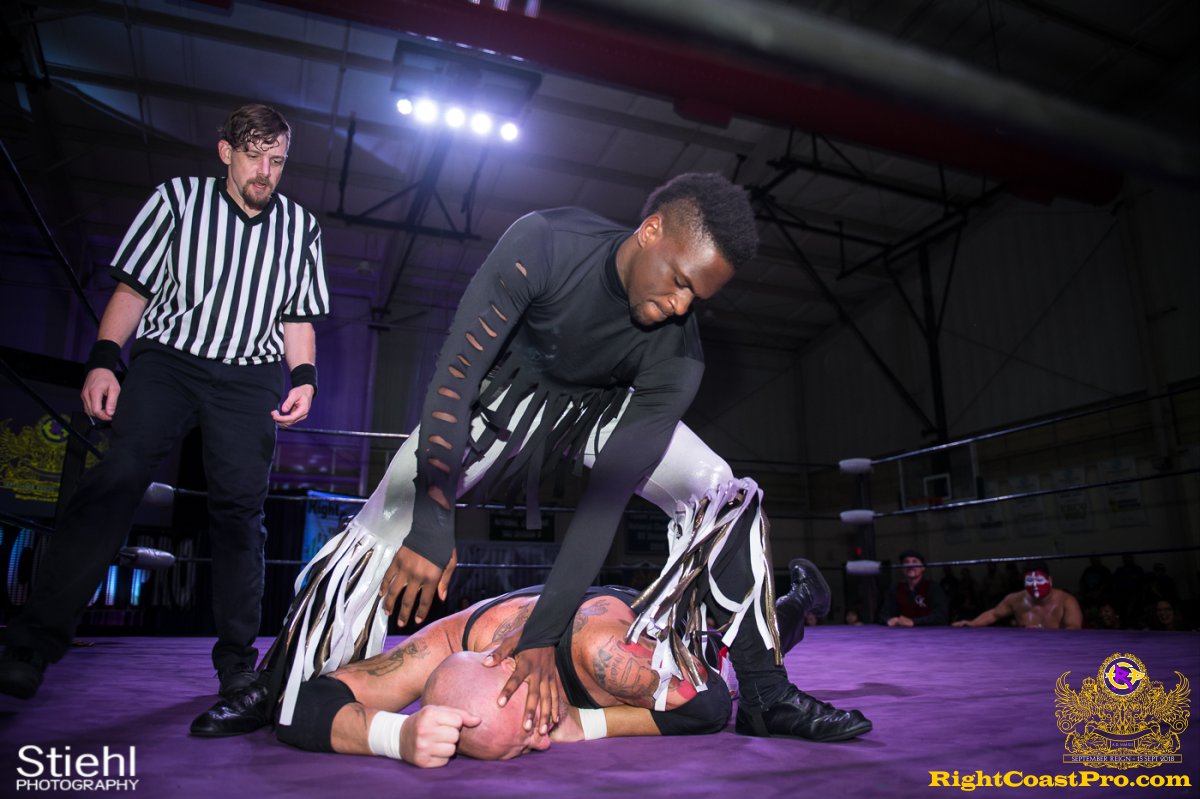 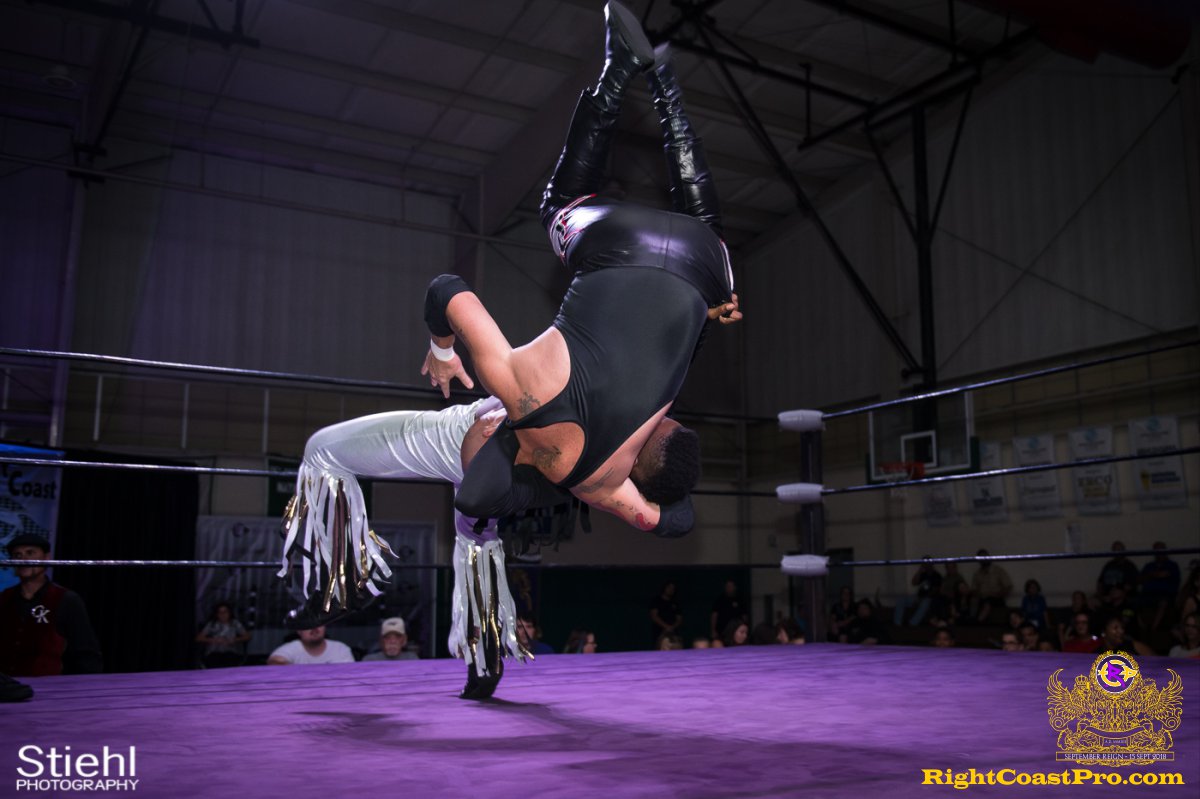 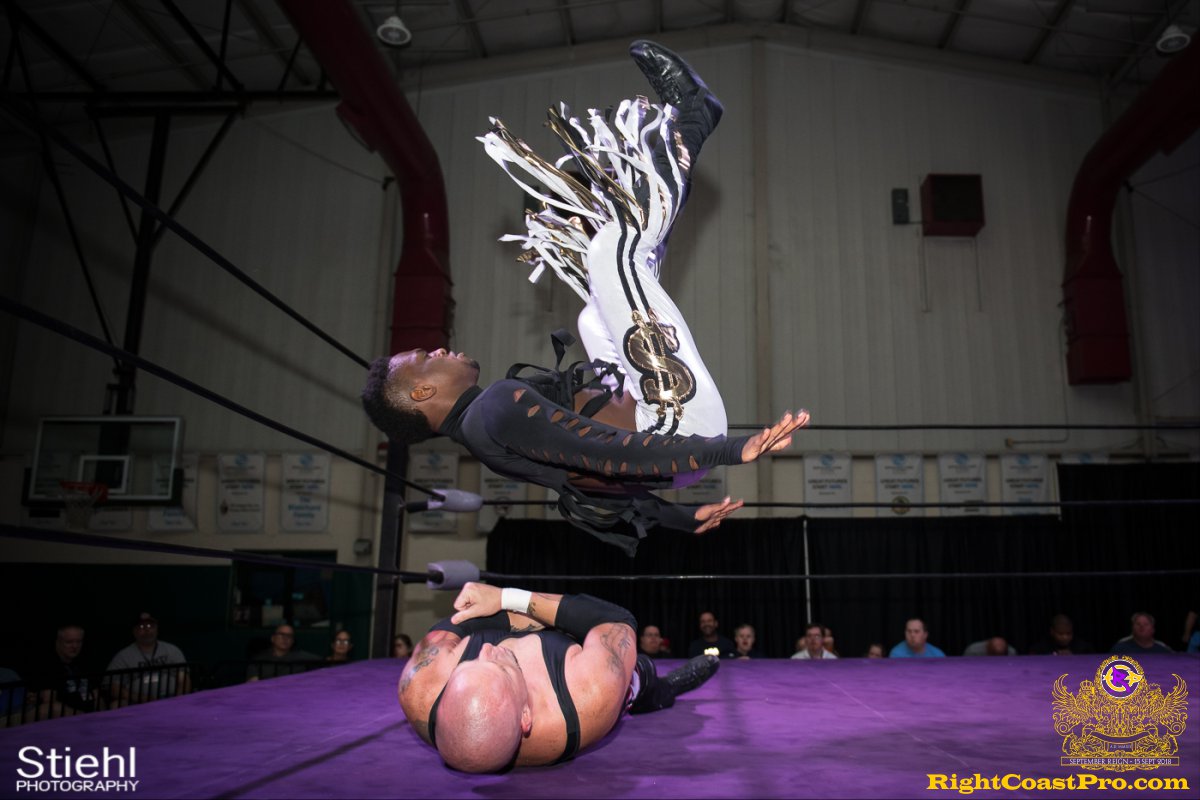 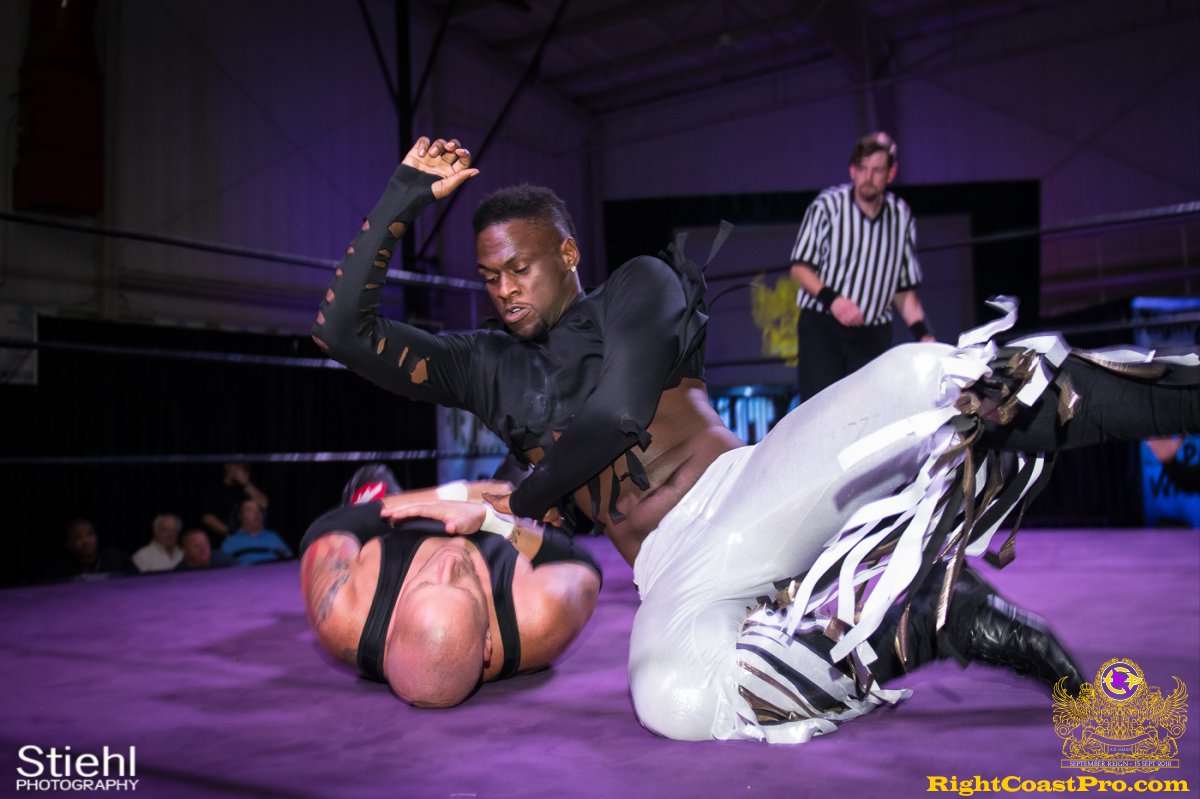 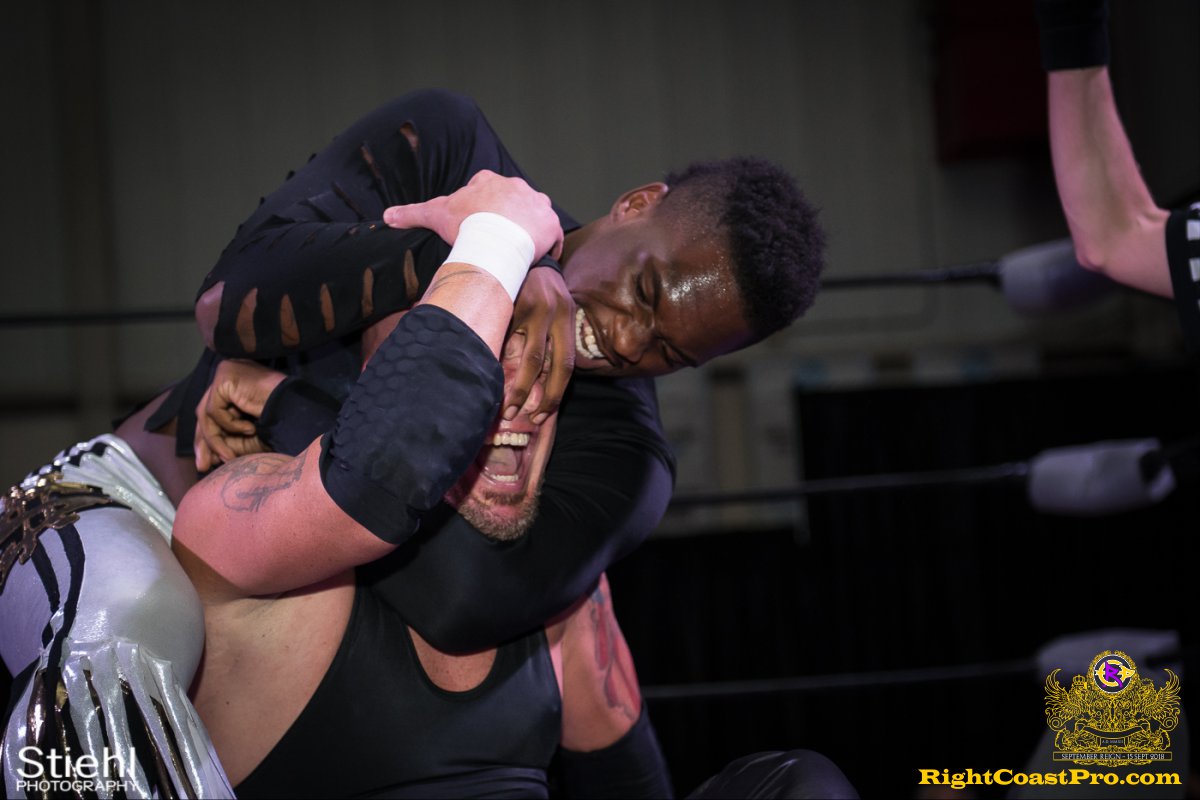 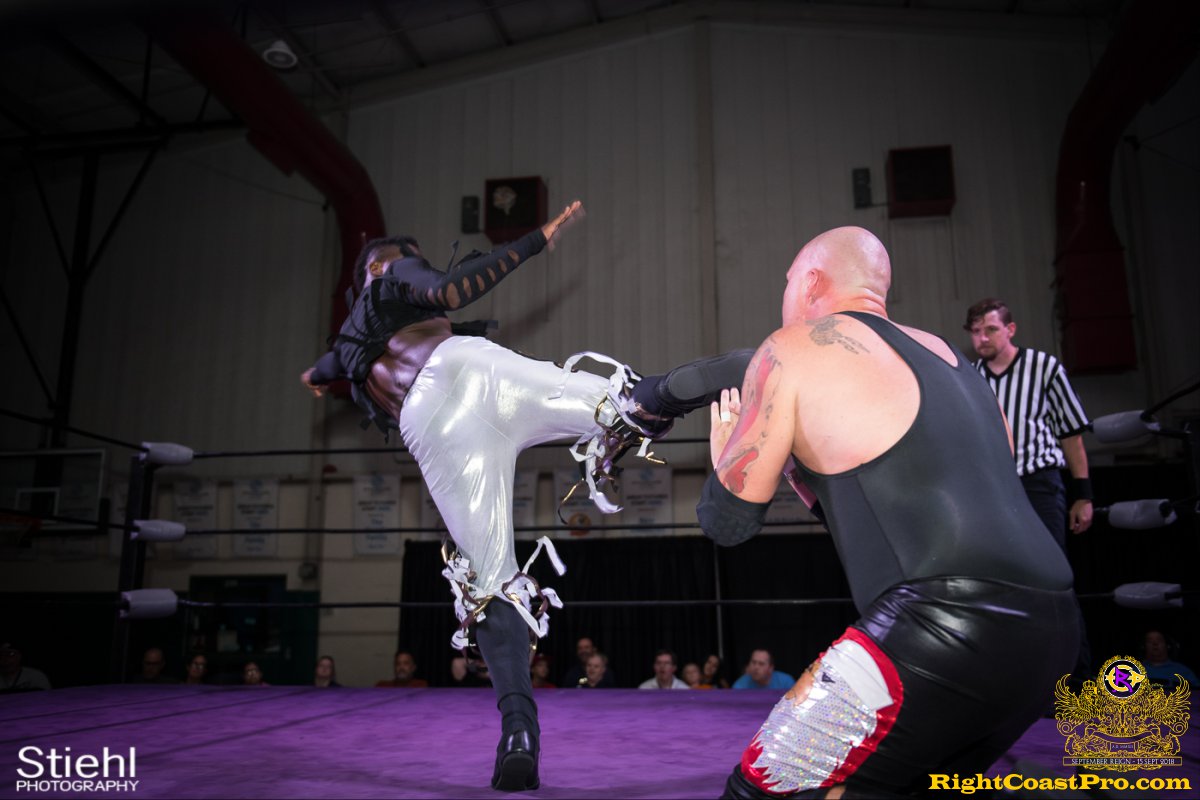 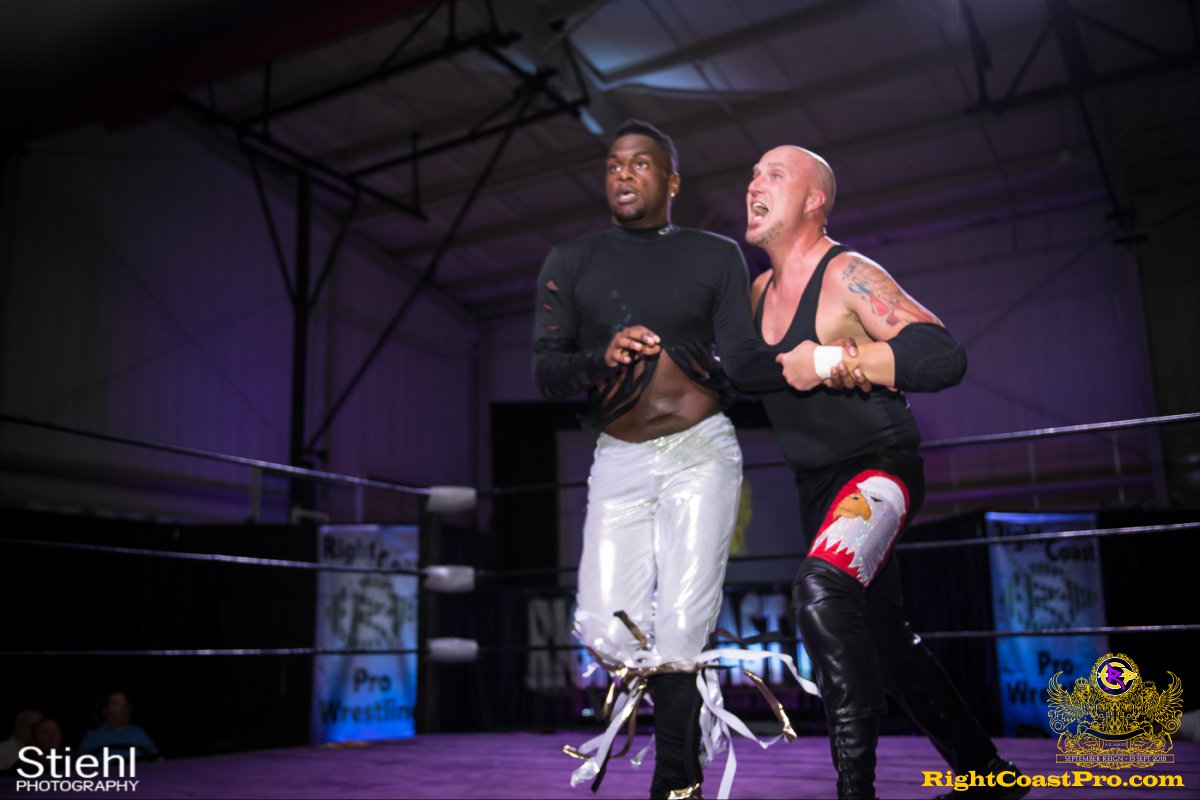 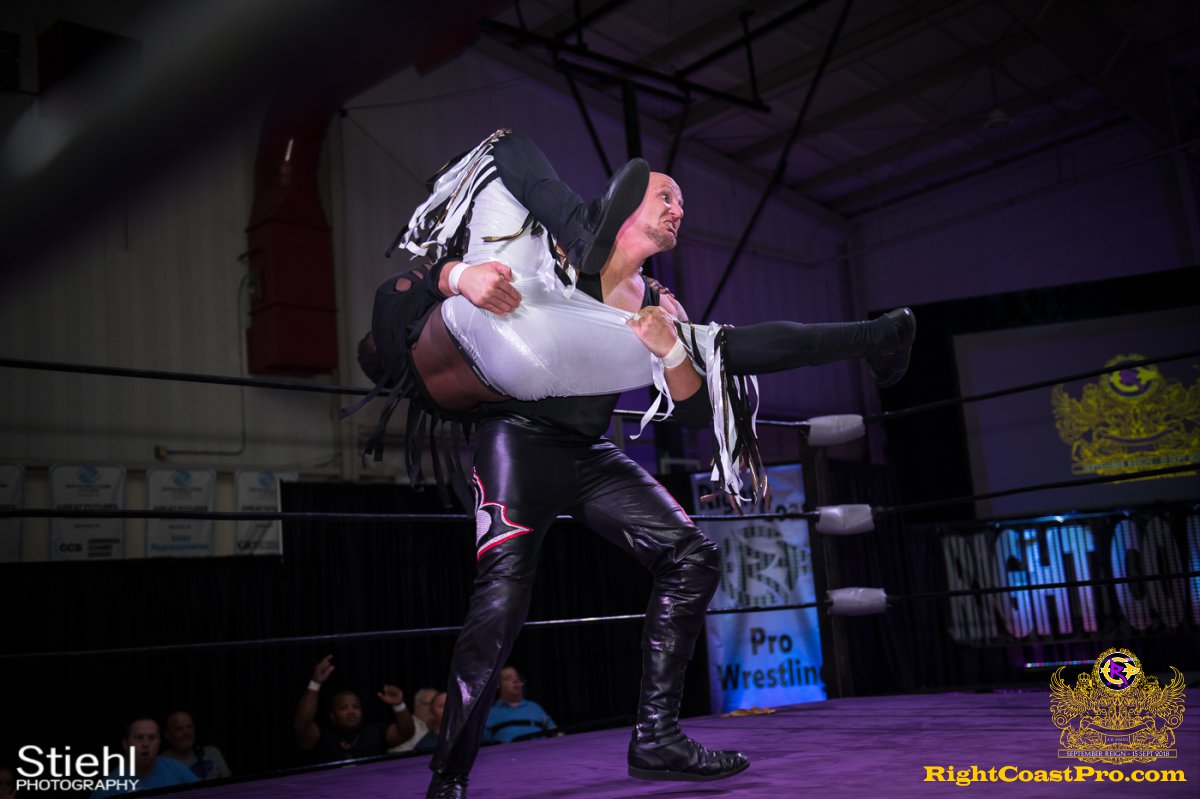 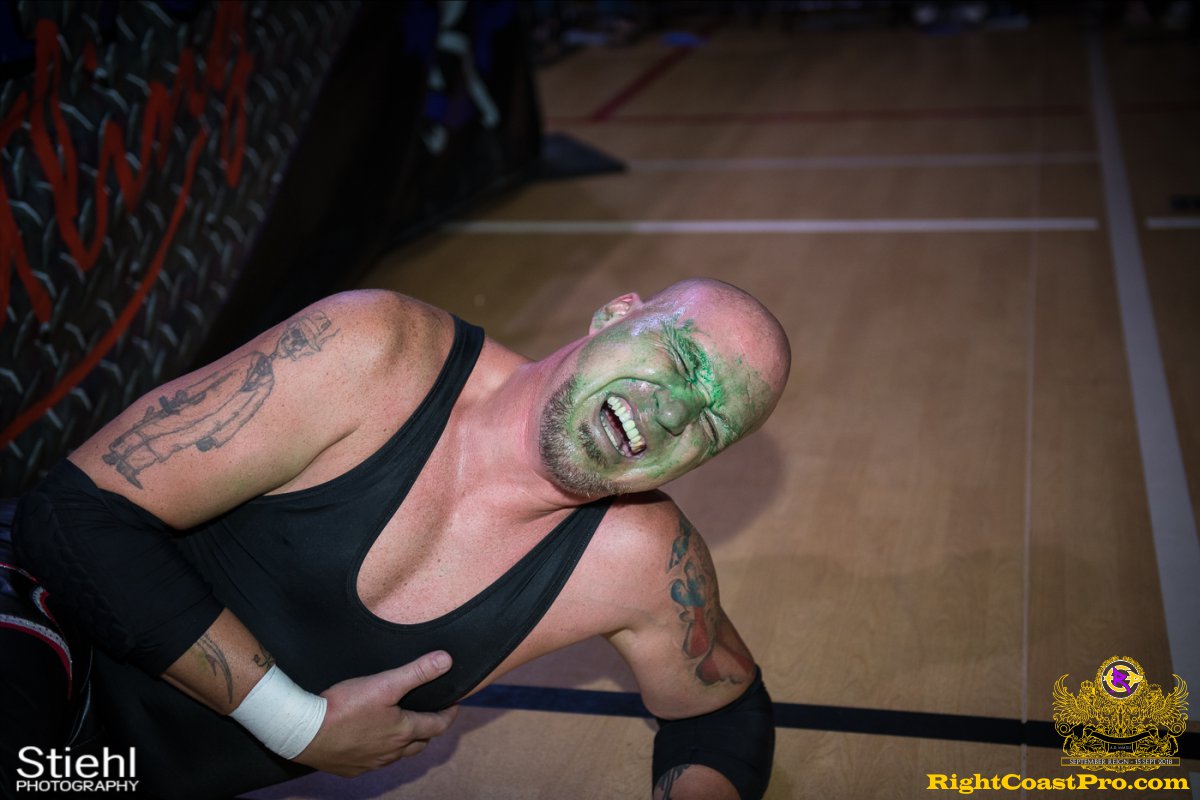 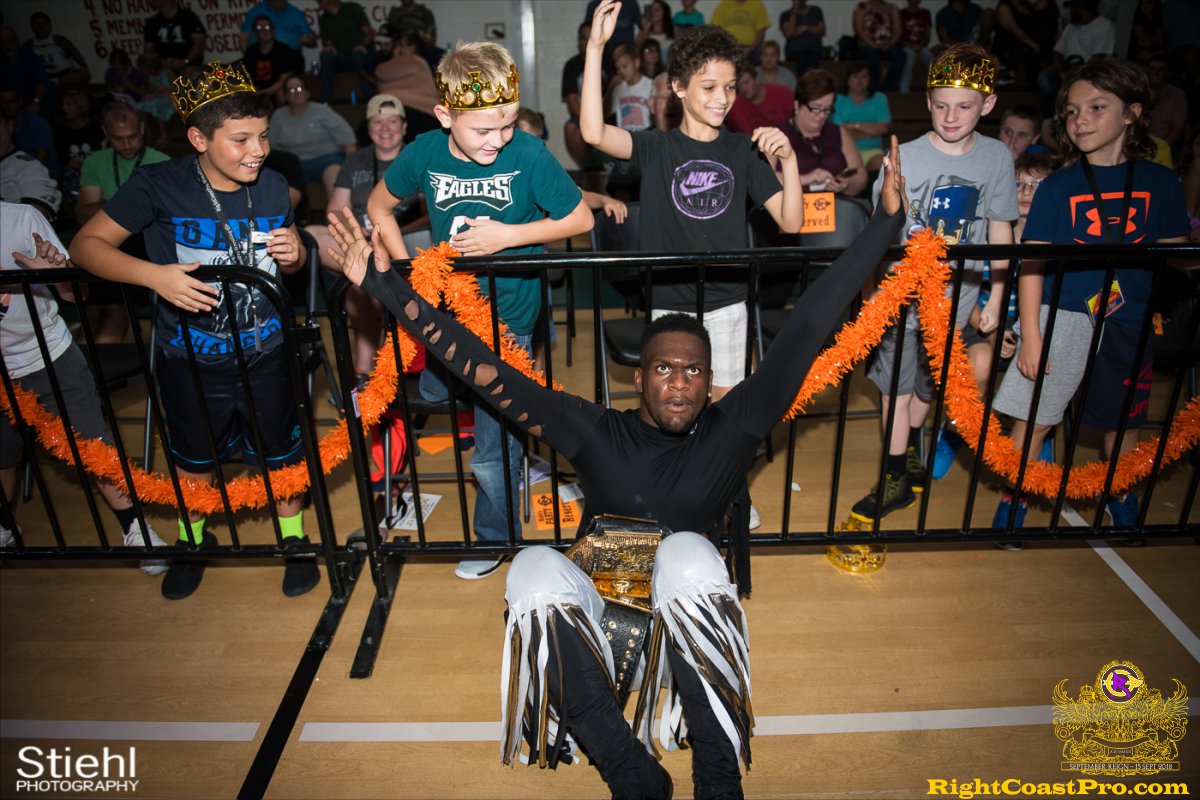 Mr. Intensity Jerry Baldwin did an admirable job in countering Clarke Kelly’s and Setsu Ginsu’s presence early in the contest.

He even managed to have them both ejected, however Setsu Ginsu slipped under the ring unnoticed as Clarke Kelly exited and waited till the time was right to strike. Strike the Asian Assassin did with Green Mist and a flurry of strikes, ending with him preventing Jerry Baldwin from returning to the ring before the referee’s ten count.

Winner by Pin-Fall: The King of the First State and Richest Man in Haiti Brian Profit.

"Making Goals" is an all ages, family friendly entertainment and sporting event and of course RCP’s Ambassador of Fun, Mascot Coastee and his Mascot Brigade will also be in attendence.